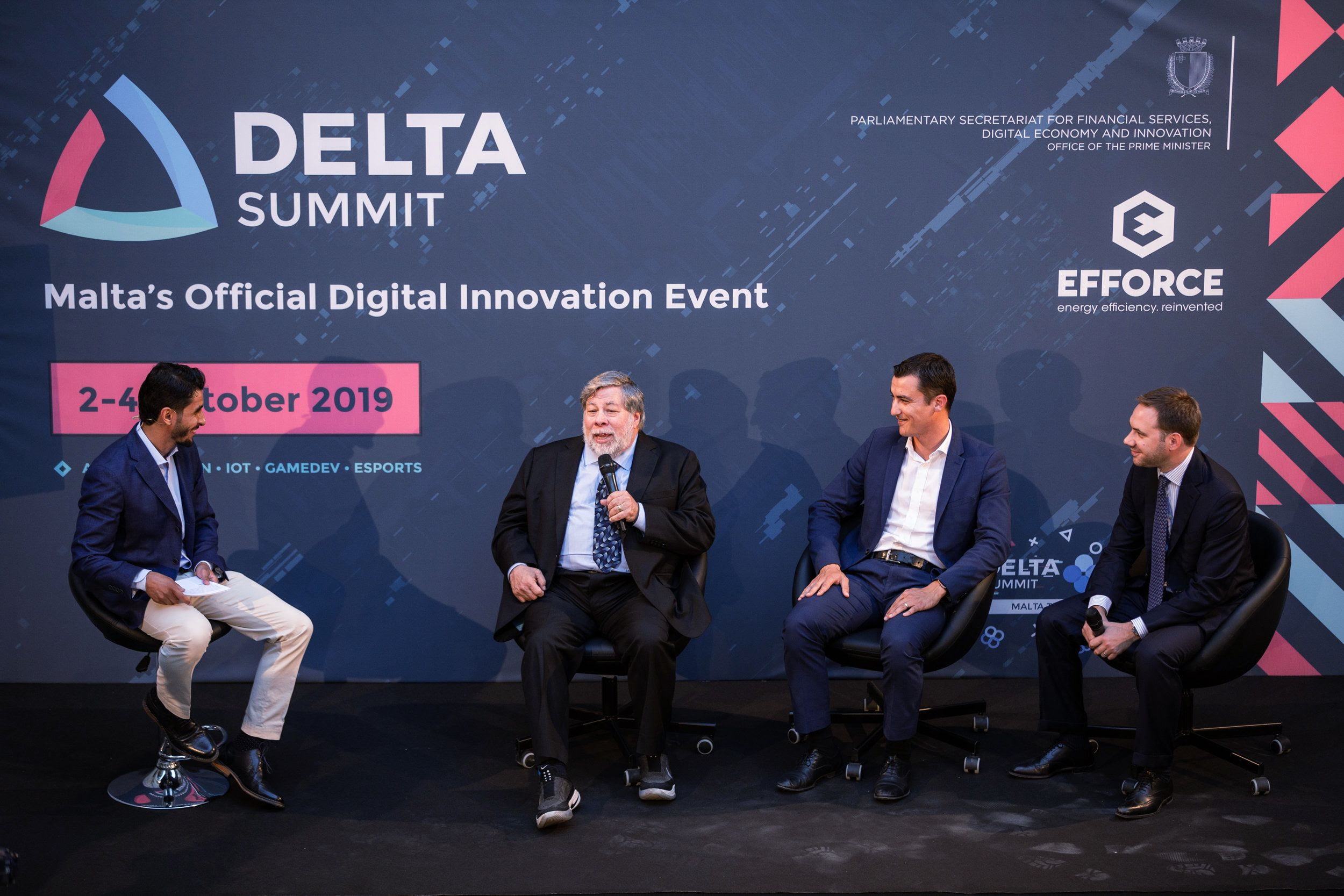 During the pre-summit – held in the grand surroundings of the Auberge de Castille, the Office of the Prime Minister of Malta – Dr Abdalla Kablan, Malta-based technologist and DELTA Summit founder, promised the event would combine intellectual and economic stimulation and will rank among the world’s top tech events for 2019.

“We were honoured to welcome Steve Wozniak to Malta to meet with Minister Schembri,” he said.

“As a co-founder of Apple, Steve’s reputation preceded him. He was at the forefront of developing what is now one of the biggest and most innovative companies in the world.”

“His insight into the future of technology is invaluable, and he is the type of thought leader we strive to attract to Malta and DELTA Summit”

DELTA Summit 2019 will widen its scope to focus not only on blockchain, but on artificial intelligence, the internet of things, esports and game development, as Malta continues its reputation of pioneering the development of a supportive regulatory environment for innovative technologies.

The pre-summit event was organised in collaboration with Efforce, an innovative platform that allows contributors to profit from global energy efficiency projects, and which is supported by Steve Wozniak.

Wozniak said: “I’ve been an engineer my whole life, the most important thing for me is efficiency. How to use less and get more out.”

“Efforce interested me. They’re providing efficient techniques for businesses … I like the idea that Malta is open for business.”

Junior Minister Schembri, said that last year’s DELTA Summit had been a huge success and that he as expecting this year’s event to be even bigger.

“In Malta we’re implementing blockchain in our day-to-day operations,” he said.

“We want our people, our society to challenge the status quo and DELTA Summit is the exhibition of what we have achieved and what we will be achieving in the next year.”

The pre-summit was a warm up for the DELTA Summit happening between the 2nd and 4th of October, and is set to be the main event of the Malta Tech Week, a week of events showcasing innovation in Malta which the DELTA Summit organisers have partnered with world-leading cryptocurrency exchange OKEx to organise the first such week of its kind in Malta.

For the first time organisers can reveal that DELTA Summit 2019 will be held at the Malta Fairs and Convention Centre (MFCC), an 8,500 square metre facility that can seat 10,000 guests, and is the biggest venue on the island.

DELTA Summit will run from October 2-4.

To find out more about DELTA Summit 2019, visit: www.delta-summit.com