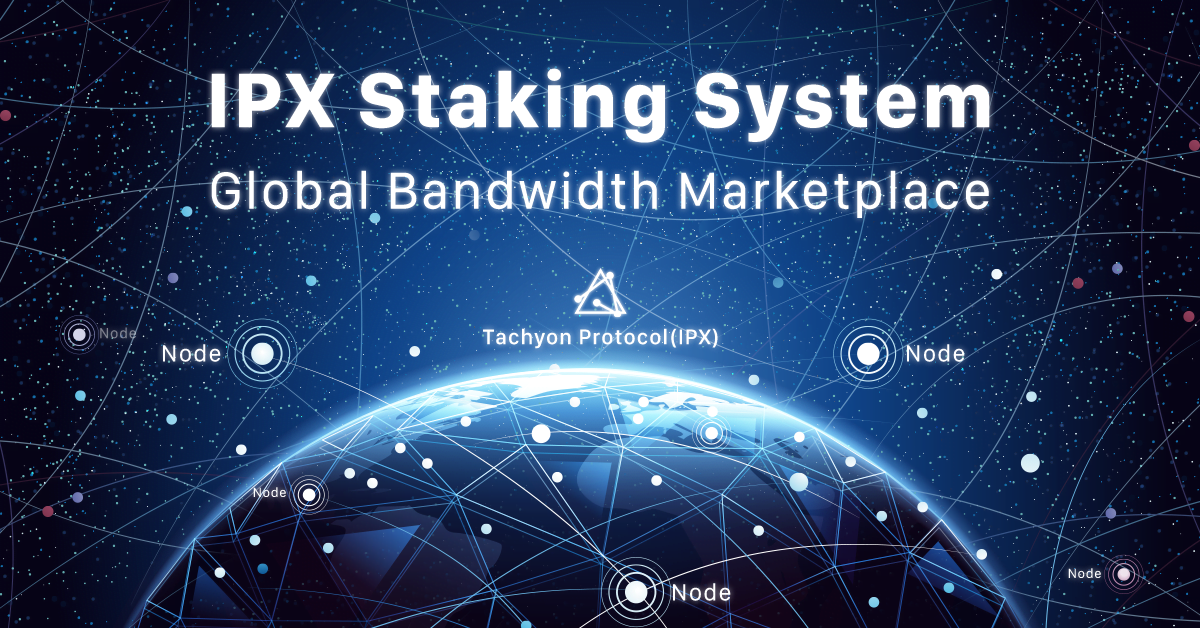 – Tachyon has introduced a first-of-its-kind staking model with node incentives.
– Tachyon VPN is expected to reach one million users in July.
– Global testing of the IPX Staking System will go live in May.

Tachyon VPN has reached over 350,000 global users since its official launch in March. The team has been achieving progressive development goals. Now the staking features are ready to go live, more details about the IPX Staking System have been revealed.

Unlike the traditional way of relying on CPU / GPU mining or system staking, Tachyon (IPX) introduces a unique staking system based on a network of decentralized VPN nodes in the form of Node Incentives .

In the IPX Staking System, IPX holders can stake a certain amount of IPX tokens to become a Node Provider on Tachyon VPN. Apart from the regular staking rewards generated from the system, Node Incentives also include variable session rewards from providing VPN traffic to global users. The more users connect to the node, the more session rewards the Node Provider can get.

There have been over 150 nodes created on Tachyon VPN by technology enthusiasts via the official Node Manager client. And now, Tachyon is offering an easier way for everyone to run nodes and earn rewards through the introduction of Platform Partners who are experienced in node operation. These partners will help stakers manage their nodes and hence, reduce the entry barriers for them to join the IPX Staking.

Tachyon VPN is expected to reach one million users in July, with a growing demand for VPN traffic from global VPN users. As the native cryptocurrency and the payment method in this system, the strong demand for IPX token can also be foreseen.

The global VPN market still grows fast. It was valued at $23.644 billion in 2019 and is expected to reach $35.744 billion in 2022, growing at a compound annual growth rate of 14.77%. The huge market behind IPX Staking System will attract more participants to join.

The official announcement mentioned that some Tachyon Node Providers are developing staking sites with technical support from the Tachyon team recently. This shows that global testing of the IPX Staking System will be available soon.

Tachyon Protocol is a decentralized internet protocol that aims to create a libre, secure and private internet for users. Tachyon-based VPN, IoT, DeFi, Storage, CDN, DNS and other Apps will benefit more than 900 million users. By implementing techniques from DHT, blockchain, UDP and encryption, Tachyon is building the next generation TCP/IP that can provide a self-sufficient internet environment with high security, untraceability, availability, and maximum network speed.