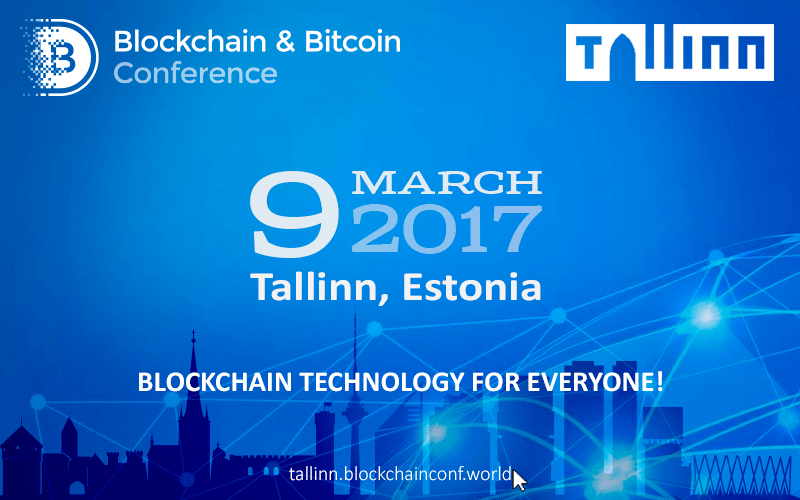 On March 9, 2017 the first large conference for Blockchain developers and businessmen – Blockchain & Bitcoin Conference – will be held in Tallinn. Representatives of leading IT companies, authors of startups and everyone who is interested in Blockchain technologies will come together.

Blockchain & Bitcoin Conference – a net of conferences which comprises Russia, Ukraine, Czech Republic – and Estonia. The last event which took place on November 10 in Moscow was visited by the representatives of IBM, Microsoft, Sberbank, “Skolkovo”, Higher School of Economics as well as Russian government.

For leaders of IT industry

Estonia is the leader in IT sphere with Blockchain developments supported on the national level. There is a project aimed at transferring medical charts into Blockchain for data protection and doctors’ quick access to them.

At the same time, the country, which has Wi-Fi almost in every corner, is implementing a series of IT projects. In particular, one of them is aimed at giving electronic citizenship to employable people from other countries.

Estonian infrastructure is ready for the brightest IT startups and Blockchain & Bitcoin Conference is the place where developers, businessmen and investors will meet.

Topics of the conference

The list of speakers is being formed but organizers – Smile-Expo Company – promise as notable experts as in Kyiv, Moscow and Prague. Every segment (business, developments, governmental regulators) will have its representatives.

Where and when: March 9, Tallinn

Tags: bitcoinblockchainblockchain conference
Tweet123Share196ShareSend
BitStarz Player Lands $2,459,124 Record Win! Could you be next big winner? Win up to $1,000,000 in One Spin at CryptoSlots