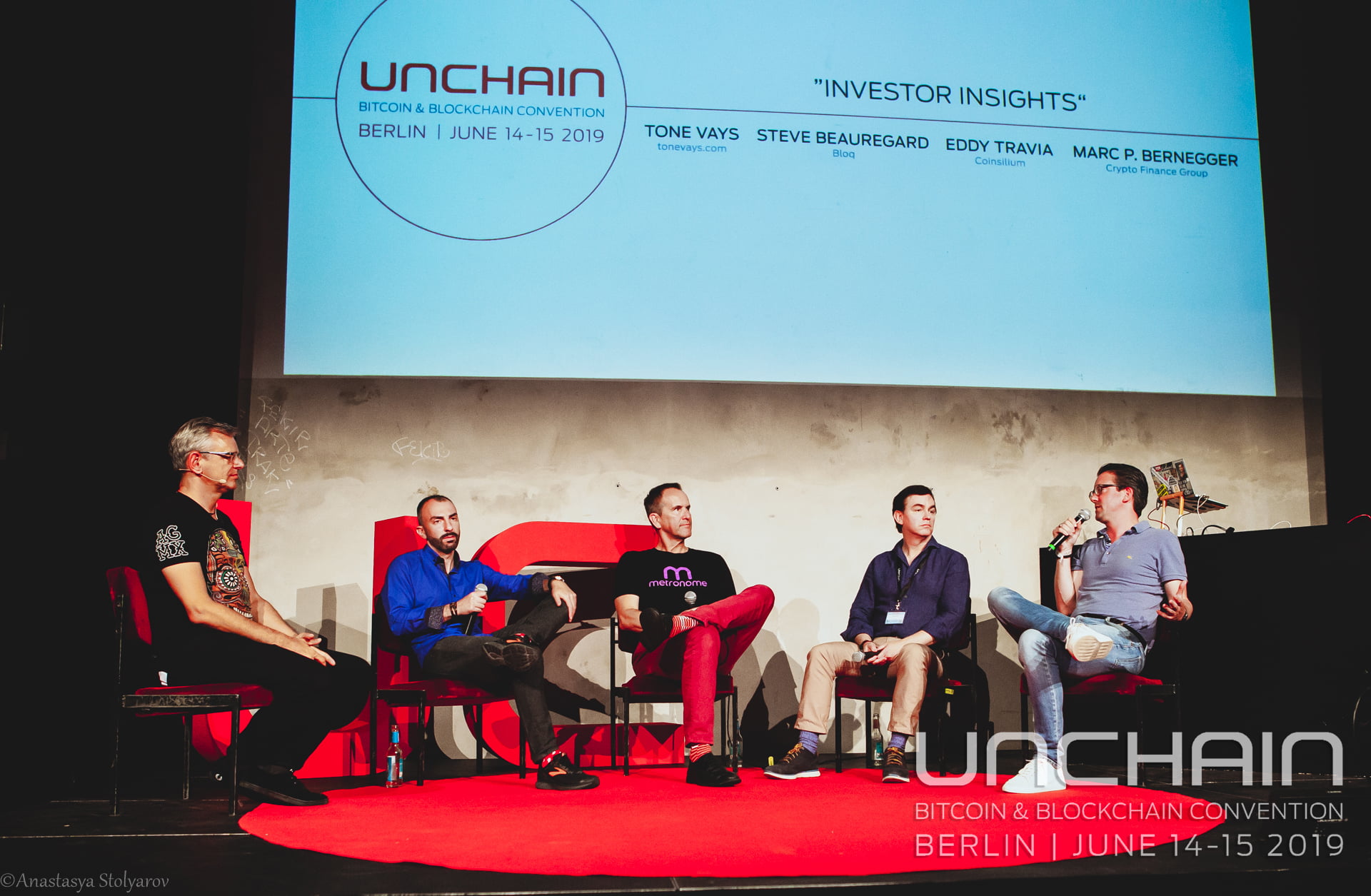 The Crypto-Winter Is Over? What Was Said at This Year’s UNCHAIN Convention in Berlin

On June 14-15, Berlin’s creative cluster Säälchen became a Bitcoin village, where three hundred blockchain entrepreneurs and enthusiasts from Germany and abroad gathered to discuss the current state of affairs in crypto and future outlooks.

This year, UNCHAIN Convention, the second edition of one of the world’s leading blockchain events, was moved from Hamburg to the German capital. As expected, the event was completely far from the classic conference format and was accompanied by outdoor activities and a boat trip along the Spree. The hot days in Berlin were in tune with heated discussions about the nature of cryptocurrency, the use of blockchains and layer-2 solutions, as well as by quite bold talks of politics that are only possible among true fans of decentralization.

This mood was intentional, as Unchain Convention is not just a conference, but a gathering of the global crypto community. Accordingly, a significant proportion of the guests came from abroad, including keynote speakers: Chairman at Bitcoin Foundation Brock Pierce, Wall Street Veteran & Bitcoin Enthusiast Tone Vays, and Co-Founder of Coinsilium Eddy Travia. Many attendees were from Eastern Europe – the Czech Republic, Hungary, Bulgaria, Ukraine and Russia – and from South America.

“This year’s Convention has been a blast. It hasn’t been a formal conference but a celebration and festival of passionated crypto entrepreneurs who not only are going for but will change the game and world we are living in,” Oskar Giese, UNCHAIN Convention founder.

Noteworthy that the community has clearly matured to self-irony and a sober analysis of errors and perspectives. Hardly anyone has built his speech on enthusiasm and pathos for cryptocurrency, whether it is Bitcoin or altcoins. The most radical and nihilistic opinions about cryptocurrencies sounded from the scene, to the extent that they are all centralized and worth nothing. This opinion, however, was opposed by many. Such was the discussion initiated by Tone Vays and picked up by Eddy Travia, Steve Beauregard and Marc P. Bernegger.

A subsequent portion of skepticism, however, mixed with optimism, was thrown into the public during the fireside chat where Aaron Koenig interviewed Bitcoin investment legend Brock Pierce. Speaking eloquently about his career and cryptocurrency, Pierce said an important thing that could become the slogan of the event and recent weeks: “the crypto-winter is over.” However, according to him, only four to five blockchains have prospects to build their own ecosystems, since most of the projects simply lack funds to do so.

A further discussion of a mix of topics in the “blockchain technologies” block was accompanied by presentations of a colorful array of non-monetary applications of blockchains. Different aspects of the rejuvenation of Bitcoin development could also be seen in speeches by Christian Decker, Igor Korsakov and Stefan Snigirev, focused mainly on the projects related to the Lightning Network that is recognized as one of the most effective remedies to Bitcoin and blockchain scaling.

“The Lightning Network renders 99,85% of all Altcoins obsolete. I did the math myself,” Igor Korsakov, Bluewallet’s lead developer & co-creator.

“The Lightning Network is unleashing a fresh set of creativity, chaotic beauty and community spirit,” Jeff Gallas, CEO and Co-Founder of Fulmo.

Overall, despite some skepticism, the confidence in the further decentralization of the world remains high among the community, so this year’s UNCHAIN Convention is thought to be not the last, with the third edition of the stellar event to be expected in 2020.

“Beyond the price hype is a computing revolution,” Alena Vranova, Head of Strategy at CASA.

To get a clearer view of how the event was going on, watch recorded talks on UNCHAIN Convention’s YouTube channel.