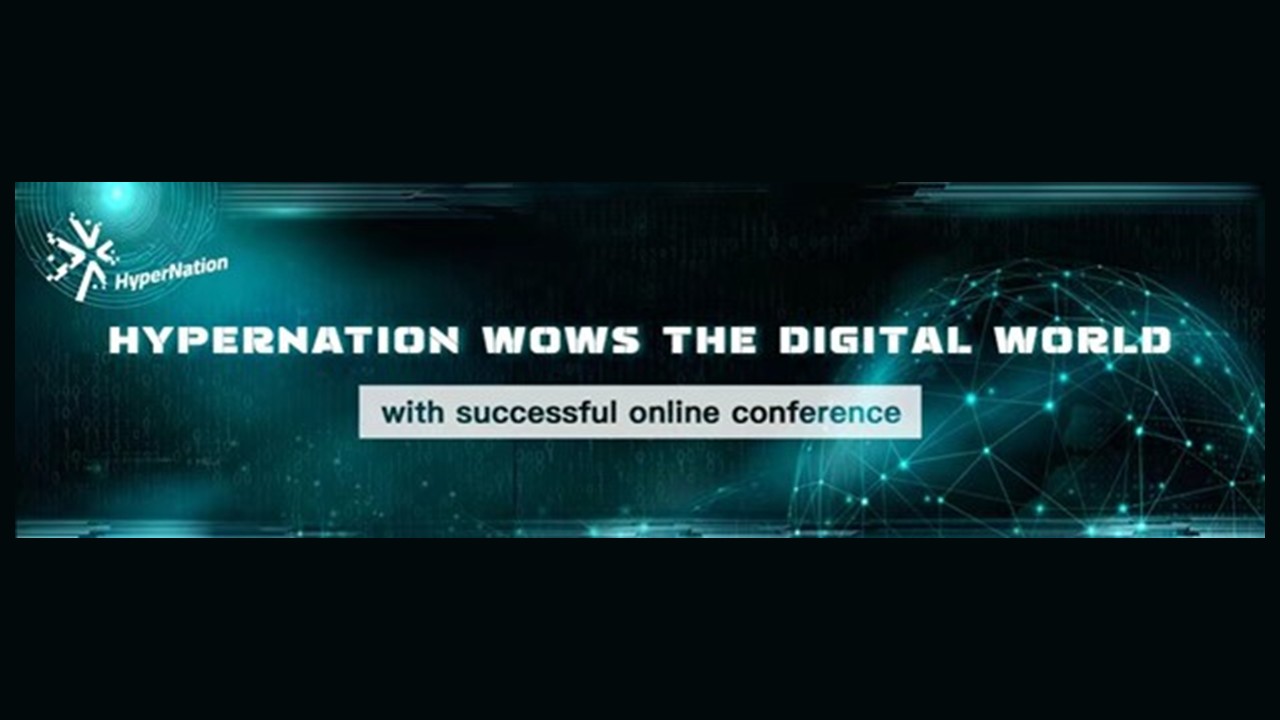 London – The global conference, themed “HyperNation” was launched in a grand event on May 23, 2022. The conference was officially hosted by HyperNation, with the cooperation of nearly 100 global mainstream media and websites that carried reports across the globe.

The effects are 400,000 users watching the conference online with tens of millions of viewers browsing online. This has created the industry’s first, novel and impressive summit with tens of thousands of people live-streaming the whole event.

It is worth noting that this conference has realized the real-time virtual live broadcast of the metaverse scene, allowing everyone to travel through time and space in one second. They are given an interactive experience, as though they are in the metaverse space, experiencing the immersive conference throughout the whole event.

At the forum, the world’s top experts and scholars shared and introduced the wonderful design, gameplay, development prospects, and value of HyperNation, H. O. S as well as technical support with online users, strengthening their deep understanding regarding the project as well as the future and charm of HyperNation.

Based on an international perspective, they carried out global dialogues across industries, time, and space, and jointly discussed major opportunities for HyperNation’s future development in the metaverse era.

The leadership of the top expert team provides a real “metaverse” experience for many enterprises and individuals who are concerned about the development of HyperNation. HyperNation is the gray rhino of this era, the result of the comprehensive digitalization and informatization of society.

Just like the realization of the prophecies of submarines and airplanes written by Verne, we are witnessing a new world that has gradually entered our lives through the novelist’s conception.

HyperNation, with the world’s top technology, provides global participants with a truly decentralized, free, and equal digital financial country in the public chain, and supports a system of transparency through the use of superb blockchain technology.

Through a decentralized autonomous organization, an efficient value resource exchange business kingdom is built. Here, not only can everyone exchange more wealth with their resources, they can also maximize the value of their resources.

HyperNation can solve the contradiction between the demand for decentralization and the current information lag of blockchain projects, break through the barriers of independent blockchains, and reach a consensus on wealth, speech, innovation, network, and even ideological progress.

HyperNation shall provide a foundation to build a blockchain world-ecology, relying on the wisdom of all people to realize the freedom of the entire human society.

HyperNation not only focuses on wealth. It pursues the freedom behind wealth and represents the pinnacles of liberal democracy. It uses decentralized technology, encryption technology, quantum technology, and more to launch a revolutionary movement of wealth ideas, strive to break the traditional, rigid class society, and create a centralized, free, and democratic new world for users.

HyperNation can be described as a comprehensive digital world, a complete ecosystem with pledged mining, NFT, DAO, GameFi, SocialFi, investment and financing of high-quality blue-chip projects, and more.

With HyperNation, everyone can experience great joy. In this prime gathering place full of high-quality project parties and elite investors, even if their own value is rich or meager, HyperNation shall elevate their value.

At the same time, the conference also announced the official release of the first NFT, Hitchhiker of Star, in cooperation with the HyperNation platform in the form of a mystery box. H.O.S NFT is composed of dolls of various shapes and has extremely high practical value.

Being the first NFT with the identity certificate of HyperNation, holders can enter this metaverse platform. They are able to participate in various activities and projects in HyperNation, and obtain long-term sustainable high-value returns.

Background of the project: