The World’s First Parallel Blockchain Debuts at Chain Plus Summit 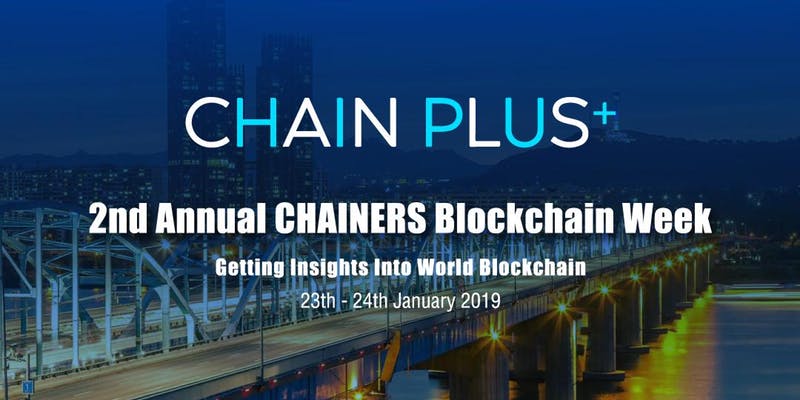 Not having made any noise in the rather unreserved blockchain world for three years, one of the world’s very first parallel blockchain systems makes its debut at the Chain Plus conference in Seoul, Korea and releases its newly funded platform Paralism. The conference was co-held by Chainers and MTN (Money Today Network, the 3rd largest Economic Media Group) with more than two thousand attendees worldwide ranging from renowned blockchain investors, government officials, industry leaders, media and so forth.

At the conference, Mr. Shi Xingguo, the inventor of parallel blockchain technology and the founder of Paralism delivered a speech about how parallel blockchain is the must followed path if blockchain wants to live up to its potential. Shi is China’s first generation of Internet and operation system technology expert, who led the development of what was dubbed as the Chinese Linux “Red Flag” operating system.

The parallel blockchain system and the platform Paralism is now up and running with several applications and partners running their business on it, such as the content licensing and monetizing tool Uyoo, the social DApp Fanren Chain, UCO media and the project to tokenize POS machine, etc. Back in the late of 2015, Shi and his team saw the capacity of blockchain to become the next Internet infrastructure and lead to a new economic era just like TCP/IP, but soon realized that if blockchain only develops without changing its sequential data, its capacity will always be kept in the corner. The team then started Hyperchain to construct the parallel data structure and the consensus algorithm compatible with the parallel system called Buddy Consensus.

Just like single frequency radio turned into CDMA, single CPU computer turned into having multiple CPUs, by fundamentally changing the sequential data structure of traditional blockchain into parallel, countless chains can run at the same time. Moreover, due to the change of data structure, the system presents the natural solution to dynamic sharding and cross-chain operation rendering the system unlimitedly scalable and also interoperable which are the bottlenecks that current blockchain has to break in order to support real-world economic activities and transfer future digital assets.

This technological breakthrough in the data structure of blockchain has been granted with several patents by the National Intellectual Property Administration of PRC. It may not be the first attempt in parallel blockchain field, but it is definitely the first one which is tested to be workable. For other “multiple-chain” projects, one thing Shi and his team identified that these projects overlooked or were simply not able to solve the parallel consistency among the chains. There is no mechanism to sync the parallelly running chains to make sure they share the same chronology, ie. The blocks on one chain may be time stamped and ordered, but the chains are not. Without the guarantee that the chains are in the same time dimension, it’s the only parallel chains instead of parallel blockchain system. Shi and his team solved this vital problem with a periodical Hyper Block within which each chain will be synchronized via Buddy consensus.

On top of the infinitely expandable and interoperable parallel blockchain infrastructure, the team released Paralism, the digital economic platform powered by parallel blockchain technology with the functions of installing rapid DApps, deployment tools and templates for industries considering using blockchain or token to transform. More importantly, with the acknowledgment of blockchain as the fundamental technology to connect value, Paralism allows users to publish their own digital assets and issue stable coins to bridge the on-chain and off-chain financial resources. With the scalability and interoperability that Paralism is able to provide, the platform will foster an era when the value will be both independent and interconnected more than anytime in human history.