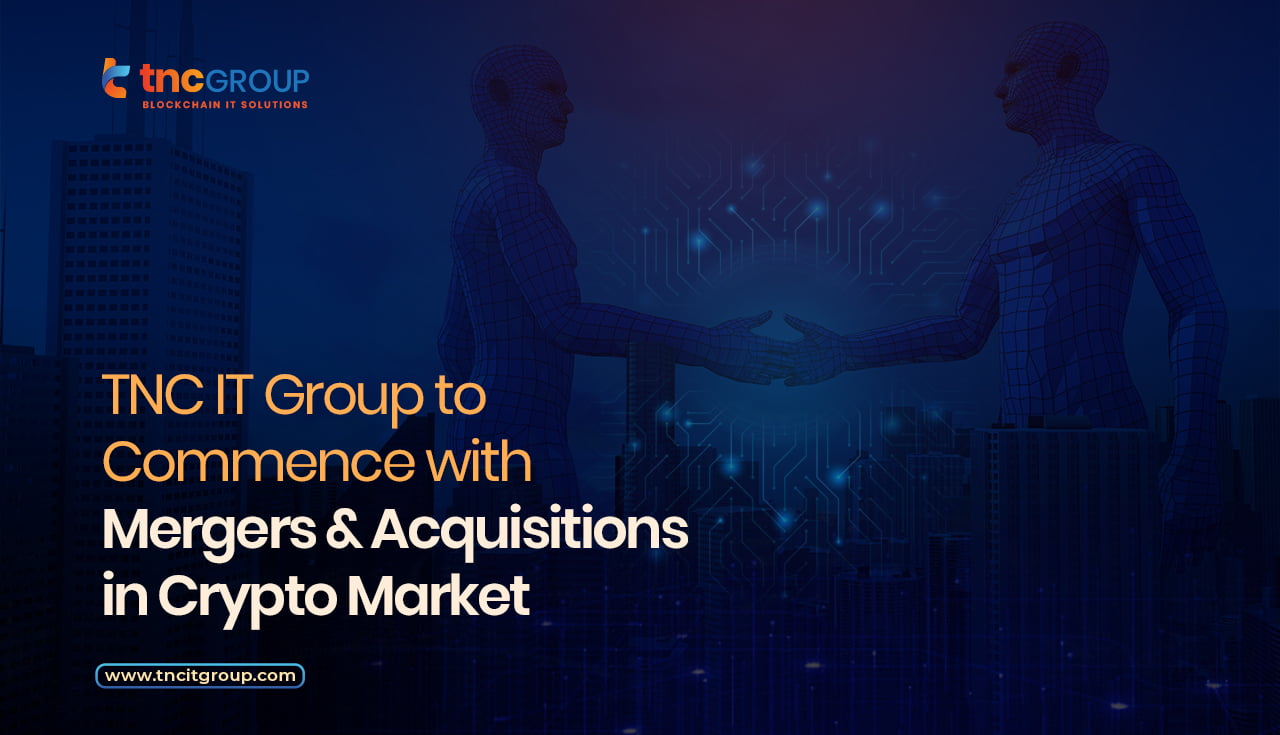 TNC IT Solutions Group, a blockchain-based organization headquartered in Dubai, is set to commence the launch of its mergers and acquisitions (M&A) program, a first in the crypto and blockchain space.

In its recent launch event held last July 2019 at the Rockefeller Center in New York, the group presented their M&A proposition as one of the company’s core business goals. Currently, TNC is set to move forward after its appraisers have finished reviewing 2000+ crypto companies that are listed on various coin information websites. From the list, the team will pick 500 of the most promising companies to absorb in its massive organization.

The M&A process is already underway, as the appraisal team have begun the process of reviewing the crypto companies and communicating with those they have found with great potential.

The group envisions a future wherein it will lead the blockchain industry by becoming the one-stop-shop for every blockchain need of every company. To turn its vision into reality, it is absorbing companies that focus on harnessing blockchain technology. According to TNC CEO Bruce Jeong, the team “want[s] to create an environment where ideas can flourish without having to constantly reinvent the wheel”.

The group proactively works toward its vision with a clear roadmap to success. Through its M&A program TNC offers the industry an impactful progress. The concept simply relies on unity, wherein entities would be able to strengthen other companies under the same network. The merge will help existing businesses to sharpen its strengths and mitigate its weaknesses — creating a synergy that was never felt in the crypto and blockchain world.

With industry and prominent appraisers at its court, TNC benefits from having good foundational support network and expert consultancy. In the same way, TNC hopes to extend the same opportunity to many other start-up companies that are struggling or currently on their challenging years of operations. Despite all the technological advancements these companies can turn to, M&A arises as the most cost-effective and fastest option to improve the economy and business standing.

According to Circle, blockchain-focused M&As are forecasted to grow to over 300% in the upcoming years. Significantly, M&A will provide companies an opportunity to expand and grow further with a trusted backbone in the industry and without doing the work solely themselves.

Aside from M&A, the company will promote the use of its own blockchain and offer TNC token development projects. The TNC token aims to be universal and holders will be able to utilize the TNC token in many exciting projects such as Buyaladdin, a one-stop online marketplace for crypto users and traded on listed exchanges, and other projects to be integrated on the TNC blockchain. The possibilities are boundless, as CEO Bruce remarked his excitement in the prospect of “being able to support young companies with a diverse skill set that helps them focus on their ambitions”.

TNC will also be unveiling more of its groundbreaking initiatives to various blockchain enthusiasts from around the world in the near future. Among these plans are other revolutionary projects such as the establishment of a blockchain academy, investment on innovative projects such as Buyaladdin, and total blockchain consultancy that would all help drive sustainable progress for blockchain adoption in the fintech industry and other sectors.

TNC IT Solutions Group is a blockchain development company that is focused on helping existing companies and startups thrive in the crypto and blockchain world. With a comprehensive network and an array of resources to its disposal, the group intends to grow through M&A, adding promising companies to its portfolio and helping them grow. TNC is set to provide a comprehensive blockchain service for users, covering a range of aspects including issuing, marketing, token listing, and security.