TOP Blockchain Startups You Need To Know About in 2019 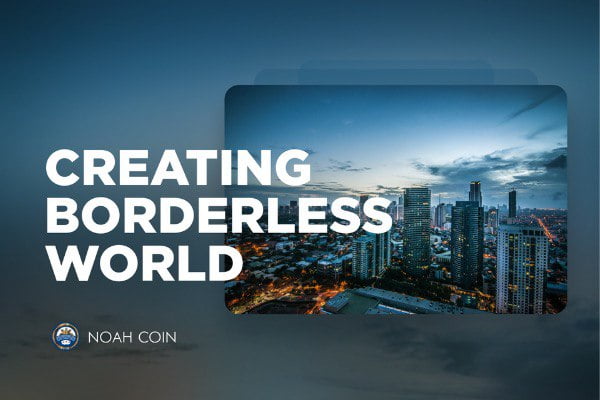 The Noah Project team likes competition, mainly because it causes a much faster development of the crypto and blockchain industry. Actually, a PwC survey states that 84% of companies are dabbling in blockchain during 2018. In fact, the market is expected to reach a value of $13.96 billion by the year 2022.

The number of companies looking to compete for a place in the industry continues to be on the rise. But, which ones are the top and most promising new enterprises in OUR sphere? Let’s dive in and take a look at some of the top blockchain startups that are using blockchain in the tourism and travel industries.

Are ICOs still in demand?

According to ICOBench, during January of 2019 alone the number of funds raised is in line with previous months. The start of 2019 had a huge $350 million USD raise in ICO campaigns. But, about twice less ICOs were held during this time than in December 2018. This means, controversially, that there is a reduction in the number of startups choosing to hold ICOs for their funding needs. Another important point to note is that projects are setting more appropriate targets for their funding goals and even doing so over a longer sale period to fit current market conditions. As a reward, these projects usually have greater funding.

Thus, we can say that ICOs continue to be a choice for many blockchain startups, but it seems to be taken more seriously in terms of defining reachable goals. Cryptocurrency market conditions have changed dramatically for the past year.  The average fundraising campaign duration has climbed to 3 months in total while previous terms of 2018 saw times for ICO sales being as short as 1 month. This can be interpreted as a sign that companies are also preparing themselves to offer a better project for investors with a solid business plan or almost done product.

In the tourism industry, we find some notable examples of startups that chose ICOs and seem to be promising. Some of these concluded successful funding rounds during 2018 and are now developing and building on their White paper promises. We have chosen examples of companies pushing for their new technologies in the 2019 market.

Decentralized AirBnb – that’s the term that basically describes what Bee Token is all about. The company developed a platform for vacation rentals and home-sharing.  After raising roughly $4.5 million USD at the time their sale closed in early February of 2018, they have continued building their platform.

During January of 2019, it was announced that the company would be pivoting their business model of “0 fees” to end up charging some clients an 8% fee on their rentals. This means that rentals done through the Bee platform using traditional booking models would no longer enjoy free cost rentals. This pivot was done to guarantee that revenue can be boosted. This was a decision after Bee found themselves in the difficult task of attracting new customers as quickly as they needed to.

This is a good example of how some companies utilize the “0 fees” slogan more as a marketing ploy without really doing a lot of research on how this can actually be sustainable for their business.

This French company was created in 2017 and successfully closed an ICO funding round during June 2018. Their mission is to provide ways for frequent travelers to use and spend their airline as well as having the hotel loyalty rewards.

More recently, they launched their own app called Surprise. In this app, they introduced something called Surprise points. These points are designed to be the new universal loyalty point. Surprise points are already distributed by more than 100 partner brands in France, and 500 partner brands will be on-boarded by the end of March 2019. The downside is that for the time being, Surprise is only available in France.

When it comes to the airfare and hotel accommodation, booking industries, a blockchain company is looking to make these processes cheaper for clients. Winding Tree uses blockchain technology to create their own travel distribution market and look to connect users directly with the companies that will provide these services. After raising nearly $15 million USD back in February 2018 they are now reporting partnerships with the likes of Air France-KLM, Air Canada, Lufthansa, and Air New Zealand.

But not all crypto projects are built the same. For every successful and legitimate project, there are dozens of bad apples and even, outright scams.

Failed projects are still at large

Indeed, 2018 contained its share of loser ICOs. Some of these you may attribute to scams or simply to poor planning and bad management. Such is the case with Moirai a decentralized prediction market whose main goal was to increase their MOI coin value up to 50 times until the year 2021. Unfortunately, the company announced that the ICO advertising company they chose “took contributors’ money and refuse to refund back”. Leaving numerous participants at a loss.

The same thing happened with CryptoCopy. Investors that participated in the ICO were promised to receive 10% of the platform’s profit, however, they did not realize that its founder was the same one behind another failed ICO called RICH Coin, another offering that died in 2016. This means that contributors got separated from their crypto and received nothing in return.

What makes a successful blockchain project for the tourism industry?

Certainly, we have the answer! It is effective products, strategic partnerships with major players, listing on cryptocurrency exchanges, and recognition by the government. Does it sound familiar? Have you paid attention to the right projects now? If you are looking in the right direction, you will definitely find The Noah Project. It is one, from a short list of successful companies, that hasn’t been through difficulties due to poor planning.

If you are still thinking about what makes a good project for the tourism and blockchain industries look no further. The answer is the Noah Project. Stay tuned to find more success stories about the team in Telegram channel and follow the project on Facebook and Twitter.