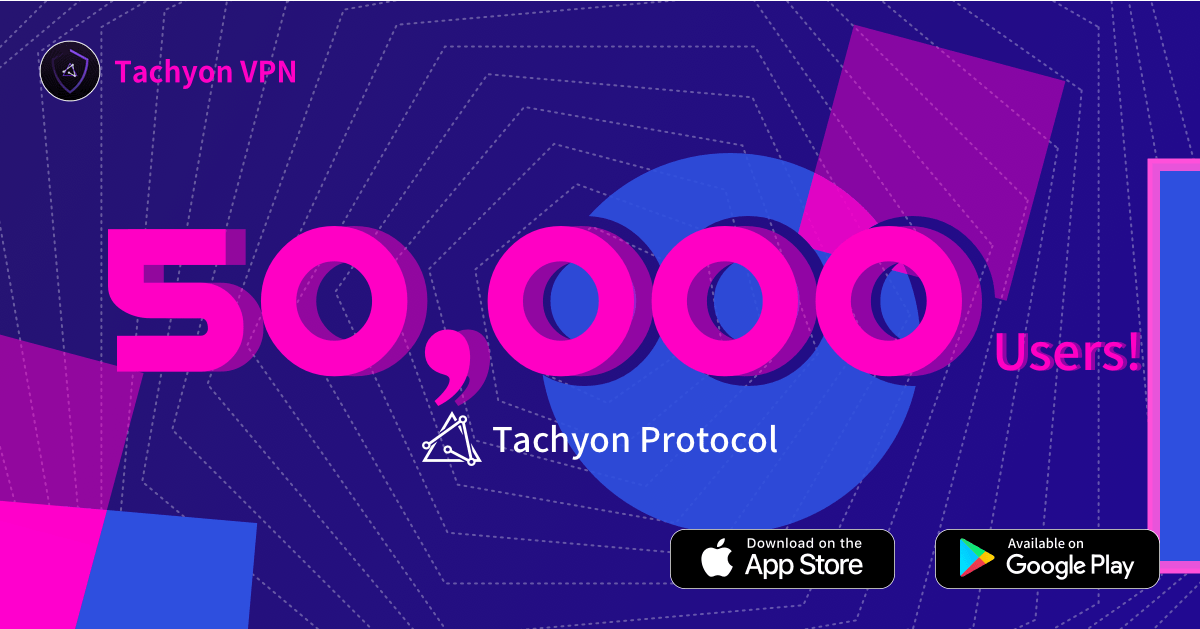 Tachyon Protocol(IPX)’s decentralised VPN solution, Tachyon VPN, has now reached 50,000 global active users. This comes just 2 weeks after it breached the 5,000 user mark. That is a 10x jump in user base within a matter of weeks.

With the alpha release just 6 months back (in 2019 Q4), Tachyon VPN has set the bar quite high for other dApps to follow especially when it comes to network growth. 300+ community-run nodes, 50k+ users and a sub-150 rank on CoinMarketCap for its native token $IPX; Tachyon VPN is just getting started. These remarkable growth numbers are in sharp contrast to sluggish progress of other dVPNs in the market which is evident from the following charts:

According to the roadmap, Tachyon(IPX) has already crossed its 2020 Q2 target of 10k users five times over. This makes it all set for the VPN beta release and the start of provider node staking, both of which are slated for this quarter. If this growth momentum is maintained, the target of reaching one million users by the end of the year could be realised much earlier.

The growth projections are in line with global VPN market trends. As per a latest report, VPN applications have seen over 480M downloads in 2019 which is a 54% rise compared to last year with some of the fastest markets registering growths of 3x and more. This corresponds to a total market size of ~USD 24Bn which is expected to grow to USD 35+ Bn in 2 years. From the looks of it, Tachyon VPN is quickly gaining ground in this huge market to become one of the few decentralised platforms to have a real world application among millions of users.

Tachyon Protocol is a decentralized internet protocol that aims to create a libre, secure and private internet for users. The Tachyon-based VPN, IoT, DeFi, Storage, CDN, DNS and other Apps will benefit more than 900 million users. By implementing techniques from DHT, blockchain, UDP and encryption, Tachyon is committed to building the next generation TCP/IP that can provide a self-sufficient internet environment with high security, untraceability, availability, and maximum network speed. Tachyon brings to fruition years of experience and research by Sunny King (inventor of PoS i.e. Proof-of-Stake consensus mechanism), Peerchemist (Peercoin Project Leader and President of the Peercoin Foundation) and FinTech investor Alex Yang. For more information, please visit https://tachyon.eco/.