How is the Bear Market Affecting Blockchain Developers? 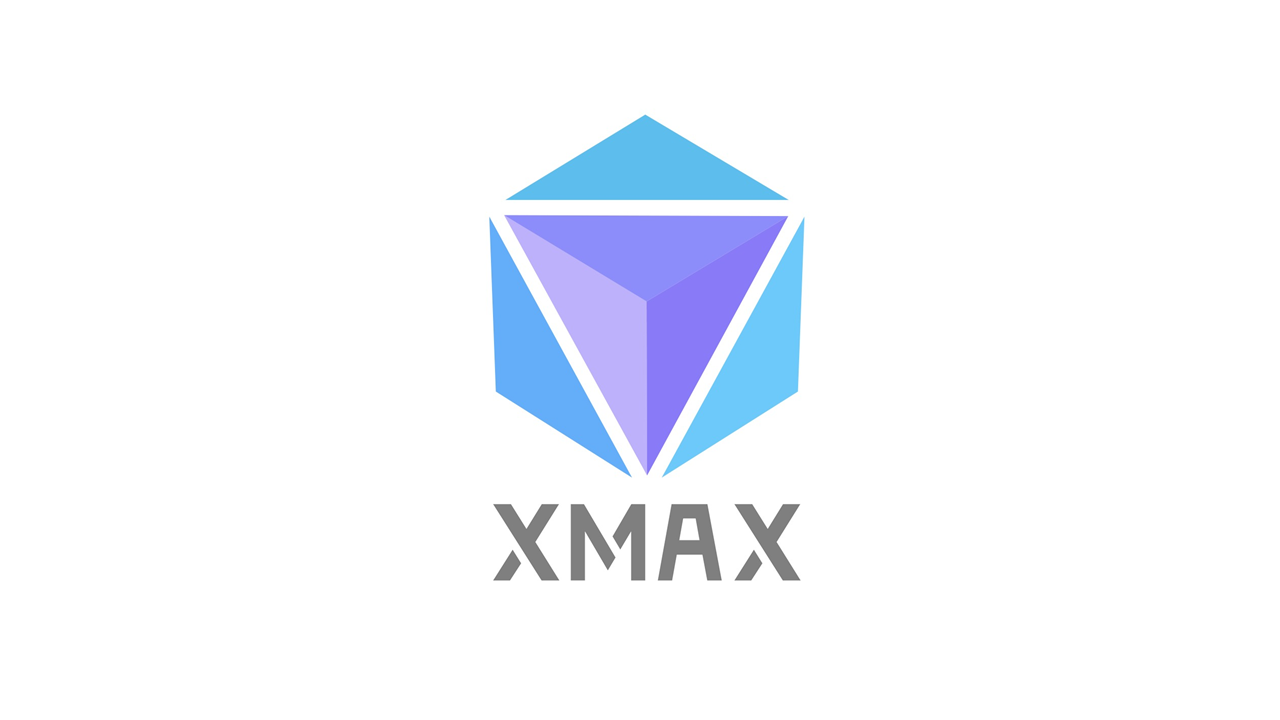 One year after the start of one of the most memorable bear runs in blockchain history, the blockchain industry is once again in a downtrend. The industry is filled with exhausted project teams, cautious cryptocurrency holders, and many media influencers. However, the developers, who are the cornerstone of the current industry, remain a ray of hope devoted to technical R&D and are no longer as elusive as they once were. People are starting to follow development teams as they are the most important project assets for weathering this latest storm.

The Challenges Faced by Blockchain Developers

Even in today’s market conditions, projects continue to advance their technology. Developments in areas such as scalability and interoperability are progressing, however building new mainchains remains one of the most difficult aspects of blockchain development.

Not long ago, people in the industry often oversimplified the problems faced in blockchain research. Regardless of whether this interpretation was justified, it is now clear that these problems are very complex.

First, among these challenges are consensus mechanisms. Distributed accounting, where different computers around the world agree on a single set of data, is a fundamental aspect of blockchains. Each person (node) participating in the accounting has a complete record book or ledger which records every transaction on the chain. However, records cannot be created at random, so how does one decide that a transaction is authentic and notify all the other record keepers? The rules in place that solve this dilemma make up the consensus mechanism, which is also the basis of blockchains. The properties of consensus also determine the level of security, the required computing power, and the transaction throughput of the network.

While there are many types of consensus mechanisms, PoW and PoS are the most widely used. PoW is an abbreviation for “Proof of Work.” As indicated by its name, this consensus mechanism requires the completion of complex mathematical calculations. Whoever provides the correct answer first gets the right to add the new block of validated transactions to the blockchain. The PoW mechanism is used by Bitcoin and many other cryptocurrencies. However, it requires a vast amount of electrical energy to perform the calculations required to reach consensus. These calculations have no practical significance and produce no actual value, and only those who have obtained the correct answer are rewarded. According to industry data referenced in ARS Technica[1] and researched by analyst Alex de Vries, the annual electricity consumption of Bitcoin mining is expected to be about 73.12 TWh, surpassing that of Austria to rank 39th in terms of global energy consumption by country.

Due to its high computing power requirements, PoW was once considered the most secure consensus mechanism. However, it turns out that is not the case. PoW may be secure given the current scale of Bitcoin, but for cryptocurrencies that do not reach such a scale, hackers can easily produce the 51% computing power required to compromise the network using cloud hosts.

PoS is an abbreviation for “Proof of Stake.” PoS selects the bookkeeper differently from PoW which greatly reduces the amount of wasted energy. The basic rule is that the more tokens you hold, the greater probability you have of obtaining bookkeeping rights. There are many different variations of the simplified explanation mentioned here. These variations determine the security of the blockchain and the processing speed of transactions, which is often specified in TPS or transactions per second.

Why is TPS so important? Because in addition to transfers, every record of information on the blockchain and every call to a smart contract is a transaction. TPS represents how many applications a blockchain can effectively support and how quickly it can process information. Unfortunately, there is a tradeoff between security and performance which presents a big challenge for public blockchain developers.

In addition to the balance between security and performance, developers also struggle with the secure, decentralized storage of DApp data. How do we establish a data channel between the blockchain and the real world? How do we design a sustainable token model? How is the blockchain managed? These are the challenges that blockchain developers must overcome. Undoubtedly, some will leave the industry and move on to less challenging opportunities, but many are continuing to develop the core technology powering blockchains across the world.

One example of a project which continues to work towards their development goals is XMAX. In the past few months, XMax has frequented articles in Asian media as well as a few English press releases. However, it has not been until recently that the tech team has seen some of the spotlight. They find a sense of peace working through code versus garnering public recognition. But now that winter has come to portions of the cryptomarkets, are the developers still around? This question of whether the developers continue their work is a question many are asking during the recent market downturn.

The answer is a resounding “yes.” XMAX is an entertainment-focused blockchain project, and like many other public blockchains, the technical challenges they face are real. The R&D team is working to find new solutions to balance the core constraints of security, performance, and cost.

Since blockchain resources are typically expensive, the development of new features will be subject to many restrictions. Therefore, the XMAX technical team looks to find new paths to solutions and are currently solving scalability issues through the use of sidechains.

According to the head of the XMAX technical team, Mr. Song, the interaction between the side and mainchain is challenging due to the closed nature of the blockchain. For example, the mainchain cannot actively access the outside world. Thus, supervising the reliability of sidechain data is an industry-wide problem.

The XMAX team believes that the Lightning Network is a relatively successful solution to Bitcoin scaling problems, and the Plasma solution for Ethereum is a likewise a suitable choice. But since Vitalik Buterin and Joseph Poon only released the initial draft of the Plasma project on August 10, 2017, this solution has not yet been implemented.

Due to the infancy of blockchain technology, it is difficult for XMAX to draw on lessons learned from previous projects. But fortunately, the team is optimistic about sidechain interactions and will propose their own set of solutions based on this idea. It so happens that the sidechain solution also leads to the steady advancement of other R&D activities.

With Plasma, the head of the XMAX technical team noted that the supervision of the sidechain must be performed by an Ethereum smart contract, and the sidechain needs to periodically upload verification data to the relevant Ethereum contract. However, due to the high operation cost of the Ethereum contract, XMAX cannot upload all data in the side chain to the contract. Thus, to eliminate redundancy and streamline verification, they designed a parallel double-chain solution for the sidechain.

Simply speaking, a parallel double-chain is a sidechain that maintains a chain for itself to ensure the consistency of the side chain data. The data that needs to be verified in the Ethereum contract is then packaged into blocks and concatenated with the second verification chain, which is dedicated to uploading data to the Ethereum contract. However, since it is unrealistic to verify transactions based on the Ethereum account system, XMAX introduced the UTXO-based sidechain interaction concept. This concept accounts for the need to supervise the flow of sidechain funds in Ethereum and will pack all sidechain coin transaction data into the verification chain for recording and storage.

A Unique Way for Programmers to Engage in Ecosystem Construction

Blockchain developers must not only consider the technology itself, but also the architecture of the entire system. Wallet apps, smart contract virtual machines, and SDKs are all foundations for building a blockchain ecosystem. Therefore, XMAX chose to develop their wallet (a tool for trading digital assets), side-chain V8 virtual machine (used to execute the underlying smart contracts), and wallet SDK (a development toolkit for the HTML5 web wallet). The XToken wallet is already in testing and supports transactions in ETH, XMX, and other ERC20 currencies, and allows users to get price data in real time. Also, XToken uses a variety of security protection technologies such as private key encryption protection, mnemonic phrases, and keystore storage. In the future, XMAX will continue to develop and explore related technologies for wallet expansion through new platforms and plug-ins.

The team will continue to develop the HTML5 web wallet and the supporting SDK. Moreover, the V8 virtual machine, as the scripting engine for smart contracts, will allow the use of JavaScript to develop smart contracts in the future. Developers can implement support for contracted Gas billing by parsing the syntax tree and bytecode. The XMAX team is also working to streamline redundant interfaces and structures of the V8 core to provide users with a simple and efficient smart contract system.

Though cryptocurrency markets have seen rapid change, developers are still enthusiastic about the underlying blockchain technology. It is difficult to achieve technological breakthroughs in this industry, but many project teams are willing to face the challenges; the perseverance of blockchain developers will see us through this stage of the blockchain story.