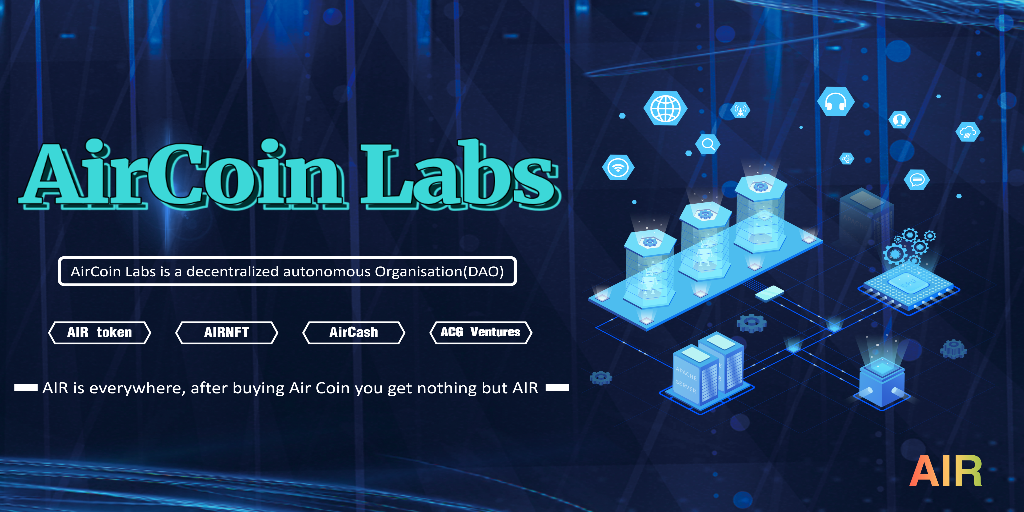 Ever since the crypto industry emerged, back in the day when Bitcoin was created, it has been trying to find its place under the sun. That includes developing its technology, increasing the number of its use cases, achieving mass adoption, and alike. However, in order for the projects to truly grow and become independent, they first need to come up with a good economic model that will make them self-sufficient and provide them with a good base for further development.

The project needs to be able to promise stability and growth to its users. After all, who would want to invest in, and support a project that doesn’t seem to be going anywhere? If there is no potential for growth, then people will not bring their money to the project, and it won’t get the support and popularity it needs in order to continue growing.

What is AIR token?

AIR token is the native cryptocurrency of AirCash. It was created on Binance Smart Chain, with no private placements, crowdfunding, or anything of the sort. Its main goal is to mock the madness of the cryptocurrency market. In a way, it is not unlike being a meme token of its own league, jokingly saying that after buying the AirCoin, you get nothing but AIR.

The token offers 0% slippage, which makes it possible to become a basic token. It also shares some personality traits with BNB, such as constantly launching new products. So far, it already brought forth AIR NFTs, with AirCash expected to follow soon enough. Other products will continue emerging in due time, with the project announcing them as their development comes near.

It has a 10,000 trillion hard cap, with 8,360 trillion meant to be burned. Another 50 trillion AIR, alongside 200 BNB are added for PancakeSwap liquidity, while another 1582 trillion AIR was locked by an NFT smart contract.

This amount is set to be distributed to the Qualified Old Air Holders, or QOAH, as the project calls them. Every member of this group will receive an NFT, and they are eligible to claim less than 1% of AIR from a lock smart contract per month. The release ratio is around 1% AIR per month during the first 12 months, and then the amount will be cut in half for every following 12 months.

When all the processes are done, the final circulating supply of the token will be below $432 trillion, and it would take around 50 years for the project to reach that point.

Locking the AIR token will allow users to become merchants, witnesses, and congress members, all of which have specific roles within the project’s ecosystem. Traders will also have to use AIR when appealing and lock certain amounts of it to earn extra trust. There is also the amount meant to be burned, which the council plans to buy back in order to burn it.

The need for AIR and AirCash

It would be like having to provide an ID whenever you wanted to buy anything in the store, pay for your meals at restaurants, and alike. Crypto is meant to be a more convenient, more practical version of cash, but the need for KYC is making it the opposite of that. It is also quite ridiculous that the crypto industry still needs a centralized crypto exchange for getting the cash in and out.

This is why the project’s developers decided to create AirCash in the first place, and make it easy to use, allowing traders to buy and sell coins with fiat money in their wallets. There is no longer the need to use third-party exchanges, go through identity verifications, or even create accounts that would carry your personal information. Users can now buy and sell with full anonymity, while their security and privacy are treated as the top priority.

Of course, the AIR token is at the heart of the entire system, which grants it multiple use cases and will eventually push the demand, as the circulating supply continues to shrink and more people come to trade on the project’s anonymous exchange.

The project’s economic model is quite well thought out, as it distributes the tokens at an incredibly cheap rate, only to have them grow in value as they receive use cases and large amounts of them get burned. The NFT-involving system then makes sure that QOAH will receive rewards for holding the NFTs, which is not unlike receiving dividends after buying stocks.

The release ratio is also very well-developed, essentially guaranteeing that the project will continue rewarding its holders for half a century.

AirCash and its AIR token come at an interesting time for the crypto industry, with the intention of bringing anonymity and privacy in a lighthearted way. More than that, however, they bring a sound and sustainable economic model that is quite revolutionary for the sector and capable of supporting the project and its community for decades to come.