World Soccer Coin Is Launching the Crowdsale Supported by Ronaldinho 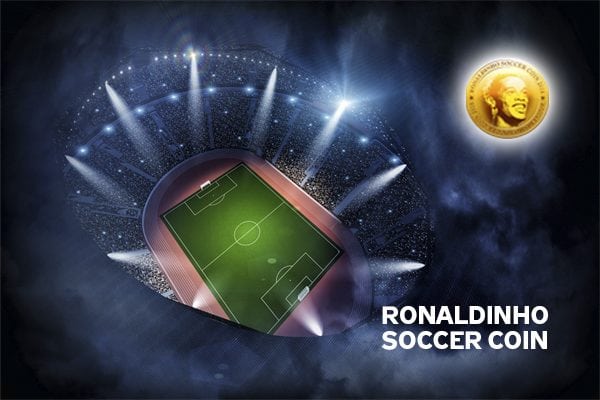 World Soccer Coin announced that the Ronaldinho Soccer Coin (RSC) whitelist opened to the public on 1 August. The crowdsale is set to start on 16 August. The greatest news of all is that the project is backed by legendary Ronaldinho, an eternal soccer star who decided to give some more to the world of sports. This is a chance for everybody to be a part of a project that combines both fun and global development, given the company’s deep and holistic understanding of the soccer world.

The Maltese startup is launching a new cryptocurrency project that is different and will bring value to the cryptocurrency ecosystem. Ronaldinho has recognized that and decided to unite with WSC so he can transfer his mission of developing soccer further into reality everybody can enjoy.

It is amazing but logical that Ronaldo de Assis Moreira, known worldwide as Ronaldinho, decided to back this powerful project with great potential to make the world a better and a more giving place. His engagement speaks volumes of the desire to connect with soccer fans around the world while bringing about change at the same time.

Half of the world’s population are football fans. This means that World Soccer Coin has a chance to change the lives of so many people.

“Soccer has always been a part of my life. Soccer crosses borders, languages and time and is common in cultures across the world,” – the Ballon d’Or Winner Ronaldinho stated when talking about the RSC project. “When you play soccer, you are free. You are happy. “Alegria” to all soccer lovers in the world. Thank you for all your support!”, read the short message by the football superstar chosen as the FIFA World Player of the Year twice.

The RSC Project team is not only led and promoted by a living football legend. It is also using the experience of important blockchain business organizations, such as ICOBox, Korea Blockchain Industry Promotion Association KBIPA, Play2Live, and O3 Labs among other important players on the crypto scene.

So what does this project comprise? Basically, this is a firm relationship between a soccer star and the blockchain technology. The former has captured the hearts of millions of people, while the latter is providing the basis, the technology upon which the project will be built. Besides the placement of RSC (Ronaldinho Soccer Coin) into the cryptocurrency market, other segments of the project include:

The versatility of the venture will ensure the success because of the large scale of people potentially interested in participating.

World Soccer Coin’s team and methodology are comprised of professionals from different industries across the globe with different fields of knowledge taken to excellence. If soccer teaches anything, it is the importance of having a team united by a common goal. The same goes for this project – a shared value will be created via the creation of the coin.

The global platform will allow soccer players in leagues and those who have retired to provide soccer-related services as and when needed. Some of the services include over-the-top videos that will be fueled by the latest AI technologies. The additional aim of the company is to raise the bar on how data collection and analysis are done.

The RSC-based payment system, another component of the project, will be pivoted on smart contracts. At the same time, the payment system will have virtual currency, credit, and legal currency functionalities. The blockchain is based on NEO, and the company chose it due to its increased ecosystem block speed (about 10 times compared to a block based on Ethereum). The total supply of RSC tokens is 350 million, out of which 140 million was dedicated to a private sale during July 2018. The RSC cryptocurrency will be used as a form of payment for services worldwide and for betting on eSports.

What about early-bird contributors? When the crowdsale of the RSC token begins on 16 August, those who have subscribed beforehand will have shown interest and thus receive benefits but also be enabled to complete the KYC process so that they become eligible for discounts and bonuses.

Besides, the project has launched the airdrop, where the first 30,000 people can receive 50 RSC tokens. The terms of the campaign are described on the website.

More information can be obtained on the following platforms:

The project is very dear to Ronaldinho and RSC, as a team, is extremely confident in giving shape to his vision of the soccer world. Soccer has made Ronaldinho what he is today and the RSC project is his way of giving back to the game he still adores and never gets tired of. Now you have a chance to be a part of his passion and experience soccer to the fullest!