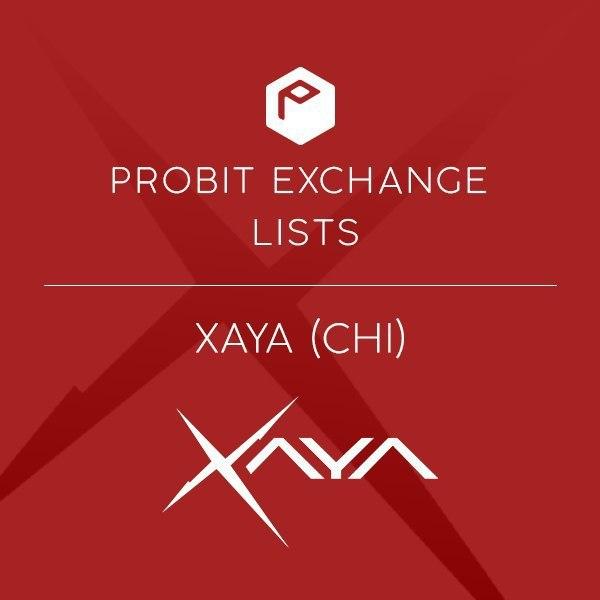 CHI will be listed on ProBit Exchange on August 24 at 15:00 KST and will be available for trading on both USDT and KRW pairs. Aimed at becoming the ultimate gaming and dApp platform, CHI tokens serve as the backbone and key currency across Xaya’s entire gaming ecosystem.

With blockchain gaming blossoming due to the significant advantages that it brings to the table, Xaya helps to accelerate decentralization and scalability within games for enhanced transparency, feasibility, and event collectibility. On-chain assets boast strengths such as verifiability and democratization to provide gamers with an unparalleled amount of input on governance and direction.

This is where human mining, one of Xaya’s key elements, comes into play.

Xaya initially introduced human mining following the development of the world’s very first blockchain-based game called Huntercoin, which helped the team gauge the potential of a completely decentralized, blockchain-based game following its significant success. Rather than the standard PoW consensus where miners are rewarded for their processing output, rewards were dispersed in the gaming world for gamers to compete over utilizing their own resources and effort.

One of the most significant features behind the gaming ecosystem involves the use of sharding, which allows gaming nodes to essentially track their immediate surroundings while the public blockchain could step in as the mediator in the case of a dispute with further verification from participants. This helps reduce the burden on the blockchain and vastly improve scalability with the addition of game channels.

Xaya is also behind 2 of the most complex decentralized games seen so far including the fully decentralized MMORTS Taurion and Football Management Simulation MMO Soccer Manager Elite. Following the launch of these two flagship titles and onboarding of additional titles, this will drive major demand for CHI as it nears its listing date on one of Korea’s premier crypto trading platforms in ProBit Exchange.

Games running on Xaya are provably fair, decentralized, unstoppable, censorship-resistant, and autonomous. Xaya has 2 upcoming games in https://taurion.io and https://soccermanagerelite.com with Alpha and Beta versions both released August 2020.

Xaya was selected by Ubisoft to join its Entrepreneurs Lab in June 2020.

ProBit Exchange is a global Top 20 crypto exchange in real daily trading volume that has successfully completed over 200 rounds of IEO. ProBit Exchange also features over 500 trading pairs – one of the highest in the market.

Join our active programs and get a multitude of benefits!