ZABERCOIN TOKEN SALE ADVISORY BOARD GROWS FROM STRENGTH TO STRENGTH! 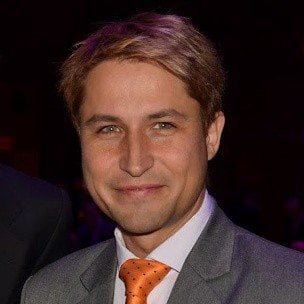 It is with great excitement and pride to announce that David Drake the well-known blockchain, finance and asset management giant has joined the Zabercoin team in an advisory capacity! Zabercoin is delighted to publicise that as advisor David will ensure that Zabercoin achieves its goal of becoming the preferred real estate utility token by providing a competitive advantage to the investor in the global blockchain cryptocurrency market environment!

The Zabercoin management team is extremely positive about David’s professionalism, expertise and knowledge about digital asset management and the blockchain evolution. David’s reputation as specialist and expert in the asset management and cryptocurrency space makes him the perfect choice to lead Zabercoin’s token sale advisory board.

David Drake has a very impressive resume especially in terms of the critical role he played as Board Advisor for a significant number of ICOs, in the past and present, ensuring great success stories, namely:

Born in Sweden and fluent in six languages, David Drake has an MBA in Finance and an MA in International Law and Economics from George Washington University in DC where he was awarded the Wallenberg Scholarship for academic merit.

David Drake and his family office manages and co-invests alternative assets with the top 30 out of his investments in The Soho Loft Media Group that has a 5000-family office and institutional investor reach. These top 30 have aggregate asset under management of $1.5 trillion with 40% from Asia, 30% from Europe and 30% from the Middle East.

David’s access to 100,000 investors is maintained through his media holding investment The Soho Loft Media Group which has produced and sponsored over 1100+ global finance conferences since 2002, i.e. events by institutional media leader Thomson Reuters, with speakers from Nasdaq, NYSE, KKR and Carlyle Group. Global investor relations, capital allocation, syndication and buy side advisory are augmented at LDJ Capital advisory division via The Soho Loft Media Group.

LDJ Capital Real Estate’s multi-family strategy is to acquire series A core rental properties in global gateway cities at a 4+ cap rate and turn them into a 10-cap repositioning with a 15% IRR.  The realty hotel division works with top 10 hotel operators and asset managers globally including pursuing its own hotel acquisitions and hotel conversions in NYC. LDJ Capital invests and handles buy side advisory for institutional fund placement, mutual fund seeding, fintech Investments, data and risk analysis investments, natural resources from gold to oil revenue generating properties to operating minority and controlling stakes in, but not limited to, broker dealers, wealth management, hedge funds, transportation, fin media to insurance.

David Drake has been involved in technology, media, telecoms, realty, hospitality, cleantech, energy and social impact investments for more than 25 years. He is an advocate of digital automation investing in private equity, compliance, capital formation policies and the US JOBS Act which he lobbied for in the US Congress and the EU Commission. Because of his leading work in this space, he represented the US Commerce Department at the EU Commission in Brussels and Rome in 2012 and was invited to the White House Champions of Change ceremony in Washington, D.C. and as a speaker at the UK Parliament in 2013.

In his private capacity, David has hosted the Harvard Business Club of NY at his home, produced Carnegie Hall concerts and raised funds for the charities Trail Blazers and Best Buddies for many years. As he resettled in NYC from years of traveling, he was honoured in March 2015 to become a board director for the New York City Opera and years as a board advisor for The Washington Ballet which allows him to work and advise US Ambassadors from, but not limited to Sweden, Dominica, Ukraine, Marshall Islands, Australia and Luxembourg.

When Juan Engelbrecht, the CEO of Zabercoin was approached to respond on the new appointment of David Drake as advisor he expressed complete confidence, satisfaction and trust in David’s abilities and expertise. He added that David’s excellent track record with so many of the ICOs in the past speaks for itself. He believed that Zabercoin will be no exception and therefore expected nothing less than an overwhelming crowdsale success for Zabercoin!

David Drake responded by saying:”I am excited to advise and witness the development of Zabercoin as it harnesses its asset-backed cryptocurrency for the goal of providing higher returns for their contributors. With a sharp eye towards the lucrative and solid property market, their investment stance will add another layer to the real estate industry and will give more funding options for investors and property developers alike”.

The Zabercoin team strongly believes that David Drake will play a key role in improving their performance and ensuring ultimate business success! The team knows that unity is strength – when there is teamwork and collaboration, great things are achieved. Quality is always the best business plan!

Tags: advisory boardDavid DrakeToken Salezabercoin
TweetShare
BitStarz Player Lands $2,459,124 Record Win! Could you be next big winner? Win up to $1,000,000 in One Spin at CryptoSlots