70Trades has Most Profitable Trading Recipe for Novice Traders 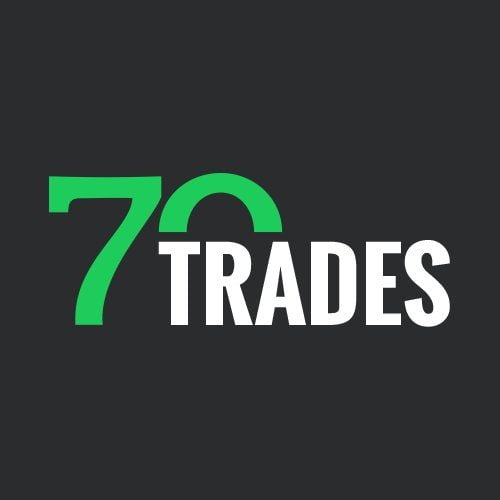 A recipe is usually termed as a set of instructions for preparing a thing, mostly food. But in online trading, there are no such thing as rules. There are, of course, factors that have to be narrowed-in every time before placing a trade. But even they are not recipes to make profit from. Therefore, a trading-based recipe must be more dynamic — something that changes its style according to the market situation.

When 70Trades had decided to enter the online trading scenario, its first and foremost aim as an online brokerage firm was to simplify trading for novices. The Vanuatu-based company accordingly researched and found that it takes a trader a maximum of 70 trades to register his/her first profit. It not only adopted the name, but also emerged as one true partner for traders who want to reduce market risk while making those 70 first trades — that’s the core 70Trades theory.

70Trades today stands as one of best reviewed trading platforms (read 70Trades review), especially for its impeccable assistance to novices and professionals alike. It would be safe to say that it is the only online brokerage firm that helps traders balancing their psychology during a profit/loss trade.

“This is very important,” states 70Trades, “especially when you start trading with a difficult emotional situation, because if you are not calmed after a trade that has not been successful, this can automatically lead to an impact on your next trading operation.”

70Trades recipe further preaches the practice of money management and stop loss placement among traders. While the former strategy helps one manage his/her capital efficiently and spread risks among positions, the latter simply allows the brokers to close open positions early in order to avoid a volatile outcome.

And indeed, their trading platform does offer a wide variety of trading assets. It helps traders by allowing them to spread their portfolio, as well as the risks, on the sideways. These are the financial trading products that are available at 70Trades:

There are currently 180 national currencies that are recognised as legal tender by the United Nations. Like any other asset, the value of these currencies fluctuate against one another, in response to government’s and central bank’s policies. And it is only these fluctuations that contribute to the possibility of having a forex exchange trading industry.

70Trades offers the most in-demand currency pairs to trade on, including EURUSD, USDJPY, etc.

Commodities represent traceable goods such as Gold, Copper, Silver, etc. 70Trades doesn’t actually allow traders to purchase these otherwise purchasable goods; but it certainly offers a smooth experience when it comes to speculating on their market values.

Indices represents the value of publicly-traded companies, including CAC40, S&P 500, FTSE 100, IBEX 35, NIKKEI, DOW JONES and others. 70Trades has included them all in its portfolio.

Tags: 70tradesbitcoinBitcoin newsbitcoin trading
TweetShare
BitStarz Player Lands $2,459,124 Record Win! Could you be next big winner? Win up to $1,000,000 in One Spin at CryptoSlots