AirPod to Revolutionize Travel & Napping Industry, Gets Four Mainstream Industry Advisors on Board 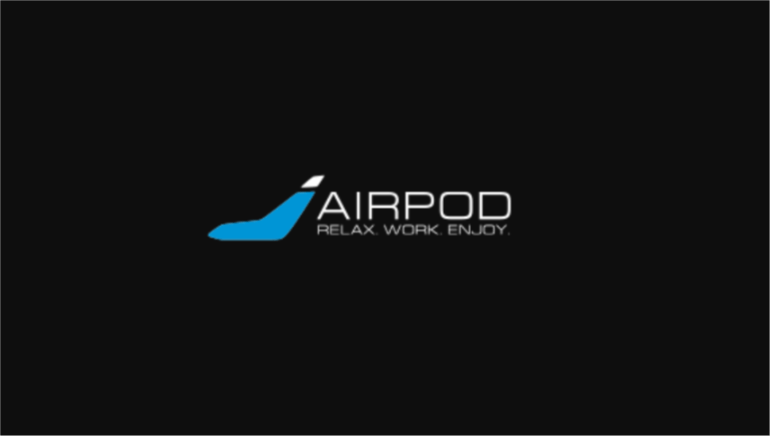 AirPod, a blockchain startup based on the idea of installing private, capsule style units in public spaces like airports, railways and bus stations, hotels, offices and shopping centers, has acquired four industry-best advisors as it enters the main phase of the project. Taking Amar Singh, Nikolay Shkilev, Vladamir Nikitin and Nathan Christian as part of the Advisory Board, the AirPod team is getting bigger and stronger to achieve its milestones.

AirPod unit is a novel idea and an ideal solution for the people who seek a spot to relax, work, sleep or spend their spare time in the public places, but in private. AirPod offers an opportunity for investors to take part in its ICO, which is backed by a real business. The APOD utility tokens will be used in the AirPods initially placed to be installed at the airports worldwide. With time, the team has projected to expand the AirPod’s distribution to other public places where people look for such product or service.

The Well-Known Names Included in the AirPod’s Advisory Board

The company has recently announced the four advisors who have joined the AirPod project and team. These include:

Nathan Christian joins the AirPod team as an ICO Advisor. He is an expert for Blockchain-based accounting and financial applications. With more than 35 start-ups on his credit, he holds immense expertise in the blockchain space. Some of his existing ICO advisory projects include TraDove, Friendz, Omnitude, Moonlite, VeriMe, BitRewards, and TraXion

He is an accomplished Blockchain and Fintech international speaker and is among the Top 5 ranked members of the ‘People of Blockchain’. His core areas of expertise include Ethereum and Bitcoin Blockchains, writing Smart Contracts and launching ERC20 tokens, ICO strategy, development, venture capital investment, consulting and advising for various sectors.

Vladimir Nikitin has joined the AirPod team as Strategic ICO Advisor. He is the Co-founder of Top ICO Advisor, an accomplished legal consultant, ICO advisor, Blockchain cryptocurrency specialist and a member of several Board of Directors. ICOBench has listed him among Top 30 Blockchain Experts. He is associated with more than 15 successfull ICOs as an Active Advisor.

Nikolay Shkilev, a globally-recognized, influential ICO Advisor also joins the AirPod team. By profession, he is an entreprenuer, with many successful startups as the owner and co-owner, an ICO Advisor, a blockchain enthusiast and ICOBench expert. He is the founder and the CEO of the Private Business Club, a project for successful entrepreneurs, which also won the Award of Enterprise of the Year in Kremlin.

He is an award-winning Tech & IT entrepreneur with more than 20 years of experience working with large-scale projects belonging to Logistics, FMCG, HoReCa and other sectors. Some of the awards he won include Self-Made Russia Award, Tech Guru, and Super Top Award.

AirPod warmly welcomes Amar Singh as its Senior ICO Strategy advisor. He is one of the leading and contributing members of the Global Blockchain community. Having rich industry experience and being a blockchain enthusiast, he has also been advising the Global Blockchain Foundation. ICOBench has rated Amar Singh as a the Top Expert due to his profound knowldge and experience in the field. He is the part of the Advisory Board Member of a number of global blockchain projects.

Being a Technology & Digital enthusiast and having years of experience in operations, consultation and innovation in the Tech-world, Amar has worked with Tier-1 companies including Microsoft as APOC Operation Manager, the World Bank (as Senior Infrastructure Consultant & Economic Advisor), Airbus etc. His academic background includes B.E. in Computer Science and three Masters degrees from international universities, with MBA from National University of Singapore.

More information about the AirPod project and the token sale is available at – https://air-pod.io/