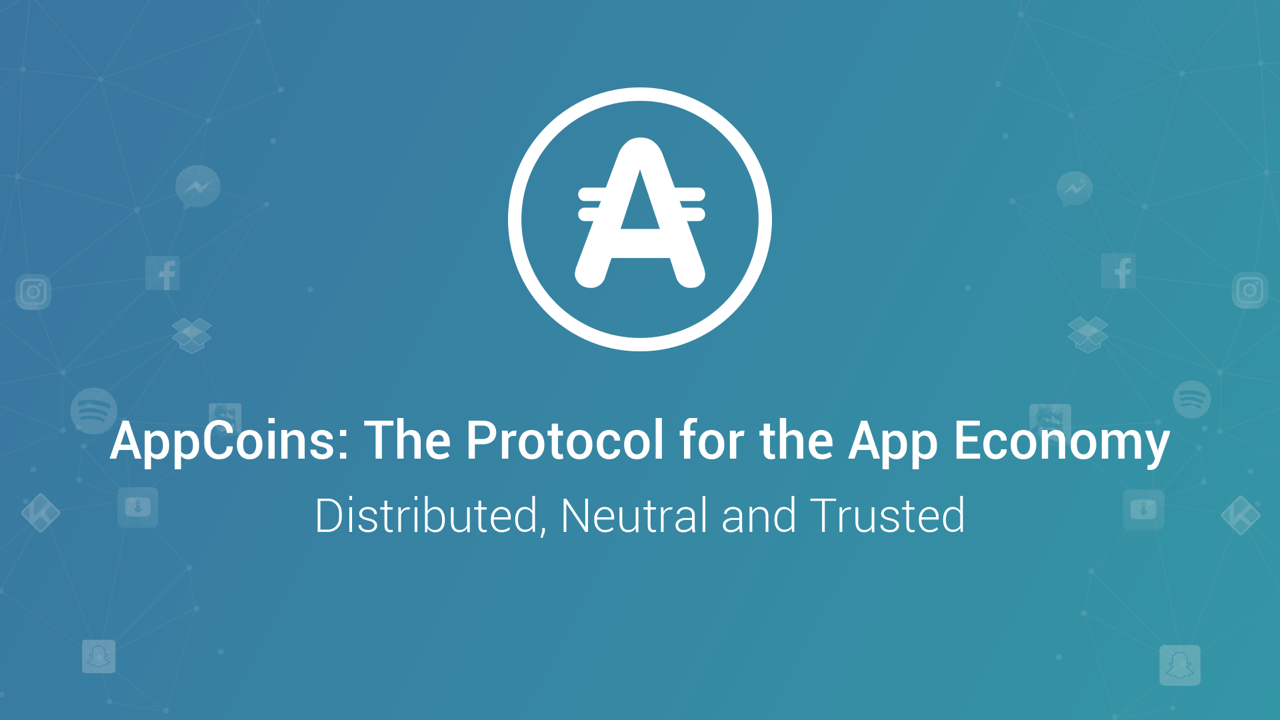 The decentralized applications, popularly referred to as Dapps, make use of smart contracts coded on cryptocurrency blockchain to automate various processes. At the same time, the immutability and transparency offered by distributed ledger make it easier to store, manage and distribute relevant information across the network. And then there is an entire economy created around the applications which are driven by cryptocurrency (tokens).

While there are some of the well-established blockchain solutions or protocols that make Dapps development easier, there aren’t many that are created keeping app economy in mind. However, AppCoins begs to differ. The cryptocurrency for app stores will be made available to 200 million users from day one and is currently in the midst of its ICO Pre Sale.

AppCoins is in the process of revolutionizing the app economy, by offering unprecedented levels of transparency and efficiency. By introducing a simplified monetization structure, the platform ensures that developers and advertisers are in direct contact over blockchain protocol, eliminating the need for Adtech and payment intermediaries. By doing so, the platform allows app developers to earn more than ever and advertisers to benefit from substantially lower ad costs.

In addition, AppCoins promises a much safer environment for app discovery: since all information is stored on the blockchain, the reputation of app developers will be built through their transactional history across app stores. This eliminates the current opacity around app approval, while automating the process.

The use of cryptocurrency will also bring users all around the world new app purchasing possibilities: apart from being able to earn AppCoins by engaging with sponsored apps, users will also be able to transfer AppCoins to each other. This will create a new incentive system for discovering apps and will enable the world’s 2 billion individuals without online payment methods to make in-app purchases (such as game upgrades) for the first time.

The creators of AppCoins, Aptoide have one of the largest app stores worldwide dedicated to the users of Android-powered devices. With over 12,000 developers and 200 million users signed up, Aptoide app store has witnessed over 4 billion app downloads, and it has entered into partnerships with some of the leading mobile phone manufacturers. Its global presence as an Android marketplace has given the App Store valuable insights with regard to the needs of the current app store model, leading it to develop a solution that could bring unforeseen value to users, developers and manufacturers.

As Aptoide continues to improve the ecosystem, it is presently raising funds through an ongoing ICO, which is now at pre-sale stage. Further encouraging the potential participants, the platform is also offering a 30% discount during the pre-sale, that is set to end in the next 3 days.

More information about the platform and token sale, visit — Appcoins.io

For more information talk with the Appcoins team on Telegram