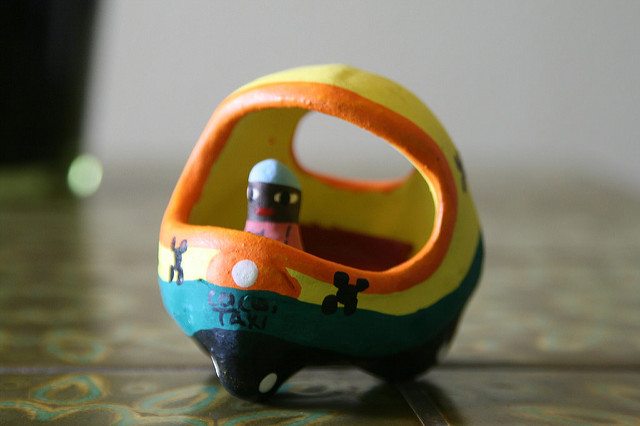 The blockchain technology has found its way into various industry segments over time, including peer to peer taxi rides and other similar services. Arcade City is the new kid on the block which is prepared to give the likes of Uber a run for their money. Ironically, the whole concept was born in defiance of the unionized taxi operators who protested against Uber’s operation in Portsmouth, New Hampshire and successfully got the ride-sharing platform banned from operating in the region.

Arcade City is a blockchain-based ride sharing and car for hire application. Since its inception in Portsmouth, the platform has spread across multiple cities in the United States and Australia. As the demand grows, the platform has grown from a simple mobile app to Ethereum blockchain-powered application that allows users to pay for their rides through the integrated Airbitz login-enabled Bitcoin wallets.

Arcade City has drawn inspiration from the well-known Bitcoin payments enabled decentralized marketplace platform, OpenBazaar. The platform is following a similar model as it moves towards expanding its services beyond ride sharing, to include other peer-to-peer service providers and consumers as well. In addition to ridesharing, the immediate points of interest for Arcade City are peer-to-peer deliveries and short-term home rentals.

The platform’s disruptive nature has been recognized across the world. Arcade City is also the winner of the biggest European blockchain competition organized earlier this year by the German Tech Entrepreneurship Center. The platform topped rest of the 11 startups participating in the event to win 20,000 euros.

In order to support the constant development of the Arcade City blockchain platform, the startup has announced an ICO campaign. The ICO campaign for ARC tokens kicked off of November 1st, 2016, and will go on until 28 of the same month.  The ARC tokens, built over the Ethereum blockchain, will form the backbone of the platform’s economy. With over 100 million tokens on sale, these tokens will soon become the primary means of paying for services in the Arcade City ecosystem.

Under the current model, the platform offers a great deal of freedom to drivers, allowing them to set their own fares and also include additional services without having to worry about company policies.  Arcade City has emerged as the true representative of the shared economy on a decentralized peer to peer network.

With the ICO now live, enthusiasts can learn more about the platform by going through the Arcade City whitepaper and invest in the next generation decentralized service platform.

Tags: arcade cityblockchainethereumuber
Tweet123Share196ShareSend
Win up to $1,000,000 in One Spin at CryptoSlots