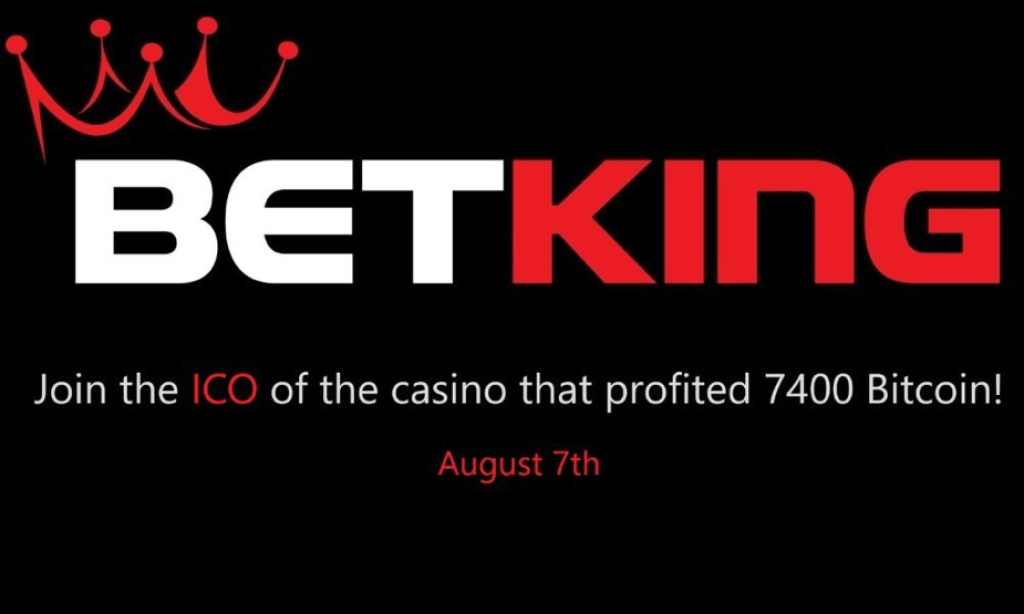 BetKing has been one of the leading Bitcoin gambling platforms in the industry until it temporarily shut down its operations late last year. Since then, the creators of the platform been working on an updated version with a variety of features.

As the platform gets ready for release, it is presently in the midst of an ICO campaign. The ongoing crowdsale will continue until September 4, 2017, allowing investors to purchase BetKing bankroll tokens without any hassle. The campaign so far has raised close to $5 million in multiple cryptocurrencies including Bitcoin, Ether and LTC payments.

The cryptocurrency deposits received by the platform until now includes about 775 BTC, 4263 ETH, and another 793 LTC tokens. With the crowdsale coming to an end, the platform has already implemented some of the new features on the platform. These features include the launch of a new sportsbook which successfully listed the UFC match between Mayweather vs. McGregor as the first event, which garnered over 335 BTC in bets.

Some of the other changes in the BetKing, in comparison to its previous version, is the inclusion of multiple cryptocurrency support, and a significant shift in the business model itself. Unlike the previous version, BetKing is no longer confined to be just a stand-alone gambling platform. The Costa Rica registered company will soon offer cryptocurrency gaming solutions, which can be readily integrated with third-party platforms.

BetKing will make it easier for developers and website owners to not only include its offering but also create their own game versions while using BetKing’s backend bankroll and user management solution.

The ongoing ICO allows BetKing to raise funds necessary to bankroll its game offering. The BetKing Bankroll tokens are designed for just that particular purpose. While the token doesn’t confer any ownership or voting rights on the platform to the holder, it makes them eligible to receive a share of the profits generated by bankrolled games. In addition, the company has a buyback system in place that will buy back 10% of all tokens in circulation every quarter. The buyback will drive the price upwards and make BetKing Bankroll tokens ideal for trading.

With the ICO about to end soon, investors have a limited time to purchase the tokens. Those interested to become part of the ICO can visit the website for more details.

Tags: betkingcasinogamblingICO
Tweet123Share196ShareSend
BitStarz Player Lands $2,459,124 Record Win! Could you be next big winner? Win up to $1,000,000 in One Spin at CryptoSlots