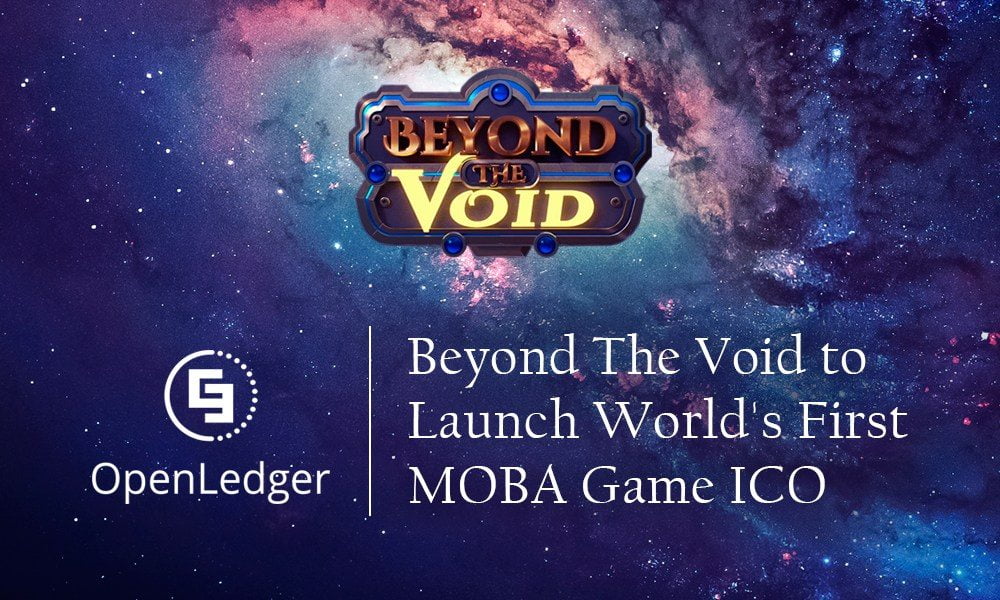 Online gaming startup, Beyond the Void, is attracting overwhelming interest just days into its one month long crowdfunding initiative. The company operating from Lyon, France has already sold over 20 million Nexiums and it hit its 10,000,000 sales minimum goal in just 12 minutes.

Nexiums are tokens the company, behind a real-time strategy space game by the same name, created with smart contracts on the Ethereum blockchain. Beyond the Void expects to sell 70 million of the Nexiums before the 30th November deadline.

So far, the members of the team behind the project are pleased with the tremendous confidence that investors have shown to have in them. Remi Burgel, Game Designer, and Ethereum Smart Contract Developer has said:

“After so much work from all of the team members, I’m happy to see this project succeeding. It makes me very confident about the future of Beyond the Void and our plans”

Beyond the Void has an epic space war design where players compete to conquer planets using motherships. To defeat an enemy, the player will have to employ skills of real-time acquisition, management, and customization of war resources. Beyond the Void expects to draw many players and viewers when streamed on popular streaming channels like YouTube and Twitch TV. This way, the value of the Nexiums stands to increase.

The game’s official launch is slated for June 2017 and will be available for PC. It will be a free Multiplayer Online Battle Area (MOBA) running in fast and fun rounds of 15 minutes. The role of the blockchain technology in its delivery is meant to provide efficiency and security to players.

When Maxence Burgel, the Lead Developer, and Concept Artist was designing the game, he least expected massive interest and backing in the short time. Nevertheless, he believes the financial support is creating the right environment for the release of the game.

“I’m very proud of the work we’ve done so far. I thank all the backers for their trust. This project is a team effort. We could not have gotten this far without having great team members. Now, we can focus all of our energy on developing and releasing the game to market.”

Eric Burgel, who is the spiritual leader of the Beyond the Void team, agrees that the success of the crowdfunding is turning into a major motivation for the game. Eric has stated:

“Life is sometimes like a big game. I feel we are living in simcities. The success of the crowdfunding gives us the power to create in these new worlds.”

Of noteworthy is Beyond the Void’s adherence to true ownership concept of virtual premium assets. One can exchange, give or sell game assets within or without the game’s context. This is especially possible with the fact that the existence of the Nexiums, which is the currency in the game’s digital asset market, is not dependent on the accessibility of the Beyond the Void platform.

Out of the 100,000,000 Nexiums (game tokens) created, any unclaimed by the end of crowdfunding will be destroyed to preserve the coins’ integrity. A total of 30,000,000 Nexiums was set aside for promotional campaigns as well as the shareholding of the founders.

Tags: beyond the voidbitcoincrowdfundingcryptocurrency
TweetShare
BitStarz Player Lands $2,459,124 Record Win! Could you be next big winner? Win up to $1,000,000 in One Spin at CryptoSlots