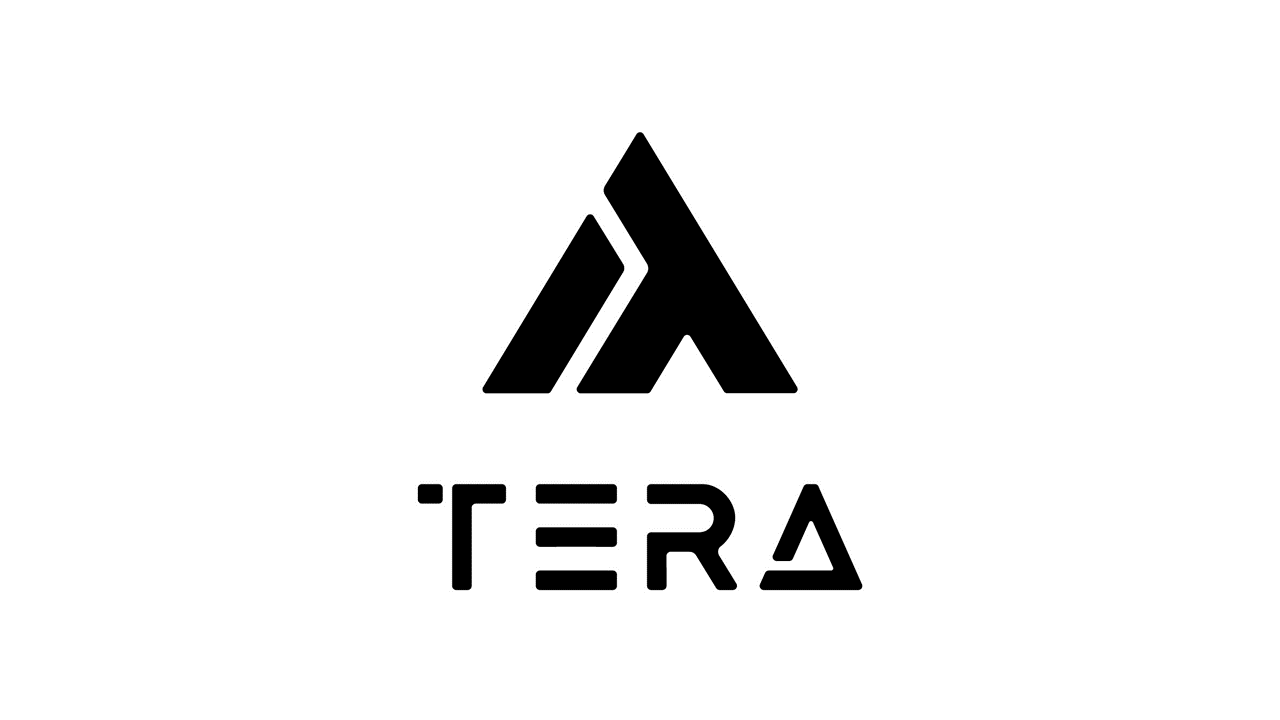 Birthday of the New Blockchain TERA

Today marks exactly one year since the launch of the TERA blockchain network!

On July 1, 2018, a unique technology was launched that has no analogues to date!

The TERA team reinvented blockchain technology while retaining its underlying and founding principles. This is not a fork of existing blockchains, it is an original program code created from scratch.

TERA is a global platform for building a borderless economy.

TERA offered a solution for the entire blockchain industry, which is trying to make this technology truly massively available and accessible to everyone.

Existing solutions on the market lack the simultaneous presence of decentralization, scalability (i.e., throughput) and security for achieving this goal. Everybody knows the trilemma.

The market leaders in the face of Bitcoin and Ethereum have given people the main aspect of value in the form of decentralization thanks to the PoW consensus. The number of nodes in the network, which are block producers, ranges from 5 to 10 thousand. That is why the masses have chosen them.

The successors, such as EOS, TRON, and others offered scalability, high speeds, but have shifted to centralized solutions, because they chose to opt for the PoS consensus algorithm, the DPoS or their equivalents. The number of nodes generating and verifying blocks is extremely small (21 or 27). They are chosen by developers and businesses, but they are not becoming widespread. The masses want decentralization. People do not want to depend on trust.

The technology of TERA allowed for combining these two advantages because it achieved unprecedented speeds on the PoW consensus, namely 1000 transactions per second. Speeds can already be increased to 1 million transactions per second due to the application of the unique, proprietary sharding technology. The number of block producers has already reached 2000. TERA is a decentralized and scalable technology that the blockchain industry has been waiting for.

Decentralization is the religion of the project.

As the main developer and creator of the TERA project, Yuri Ivanov said:

“Decentralization is the main idea that gave birth to blockchain technology. We must not lose it. It cannot be exchanged for worthless promises of increases in the speed of the network in exchange for usurpation by several nodes that hold the right to create blocks and their censorship.”

At the same time, TERA created ideal conditions for developers of decentralized applications and services. Smart contracts (Backend) are being created in the most well-known and widely used programming language – JavaScript. Frontend DAPPs are also being created in the same language. Transactions in the TERA network are completely free, and the program code and application data are stored inside the blockchain, which makes them completely decentralized.

In fact, this means the birth of a new Internet WEB 3.0 era. Anyone can create a micro-service or a large project on a decentralized network.

The TERA platform is a new operating environment for this internet, acting as its new protocol. Therefore, the project team can provide all startups with the ability of producing such decentralized applications on demand, their adaptation, auditing and consulting. The project invites all businessmen and developers of DAPPs to try out this new reliable and very fast decentralized network.

At the moment, this is a running and fully working network with about 2000 nodes all over the world, which, by the way, are engaged in mining the internal TERA coin on processors with memory optimization. This allows any user of a personal computer to become a miner. TERA is already trading on a number of exchanges. You can also become its owner. 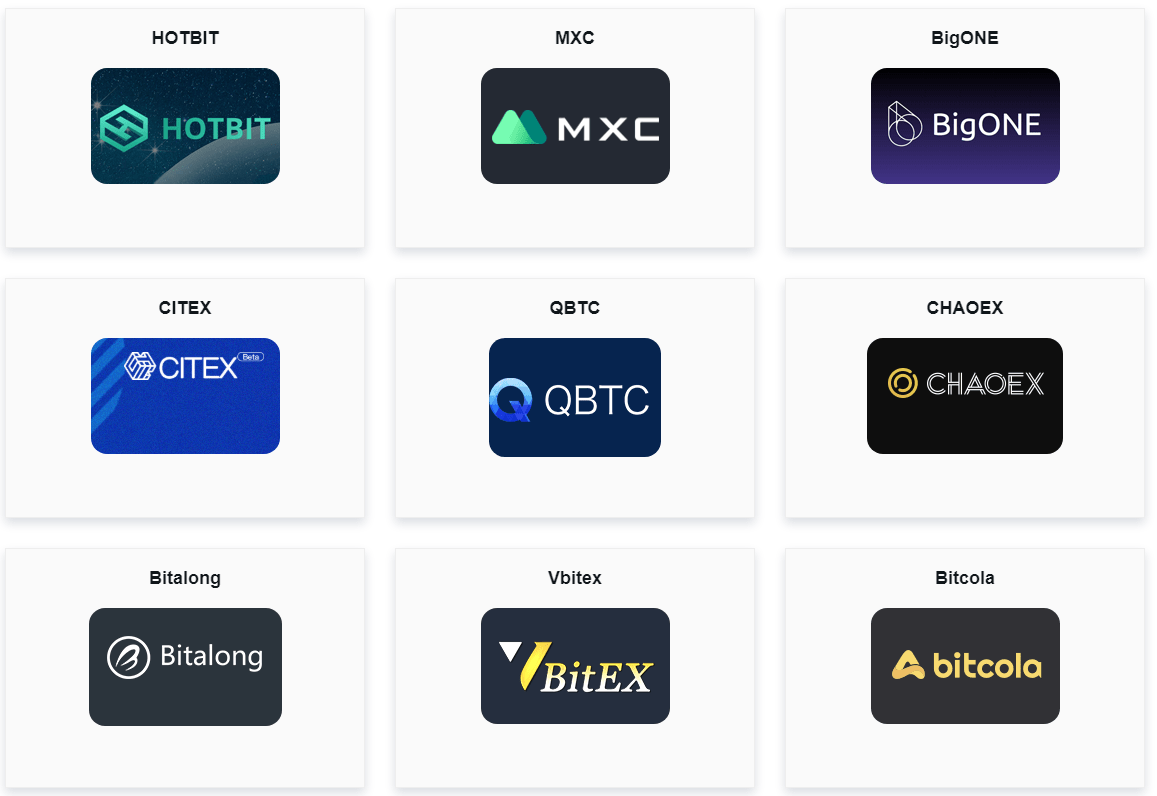 The product is ready, but there are a number of crucial additions in the roadmap that will further enhance the technology. Namely, DHT storage of data on the nodes of the network and sharding that allows users to create TERA blockchain clones, but remain part of one common network. This will ensure a multi-fold increase in network speeds.

TERA did not go for an ICO, an IEO or other investment raising events. The team simply created a working, demanded product and is now ready to be introduced to the public at large.

Here are some of the characteristics and specifications of the technology: 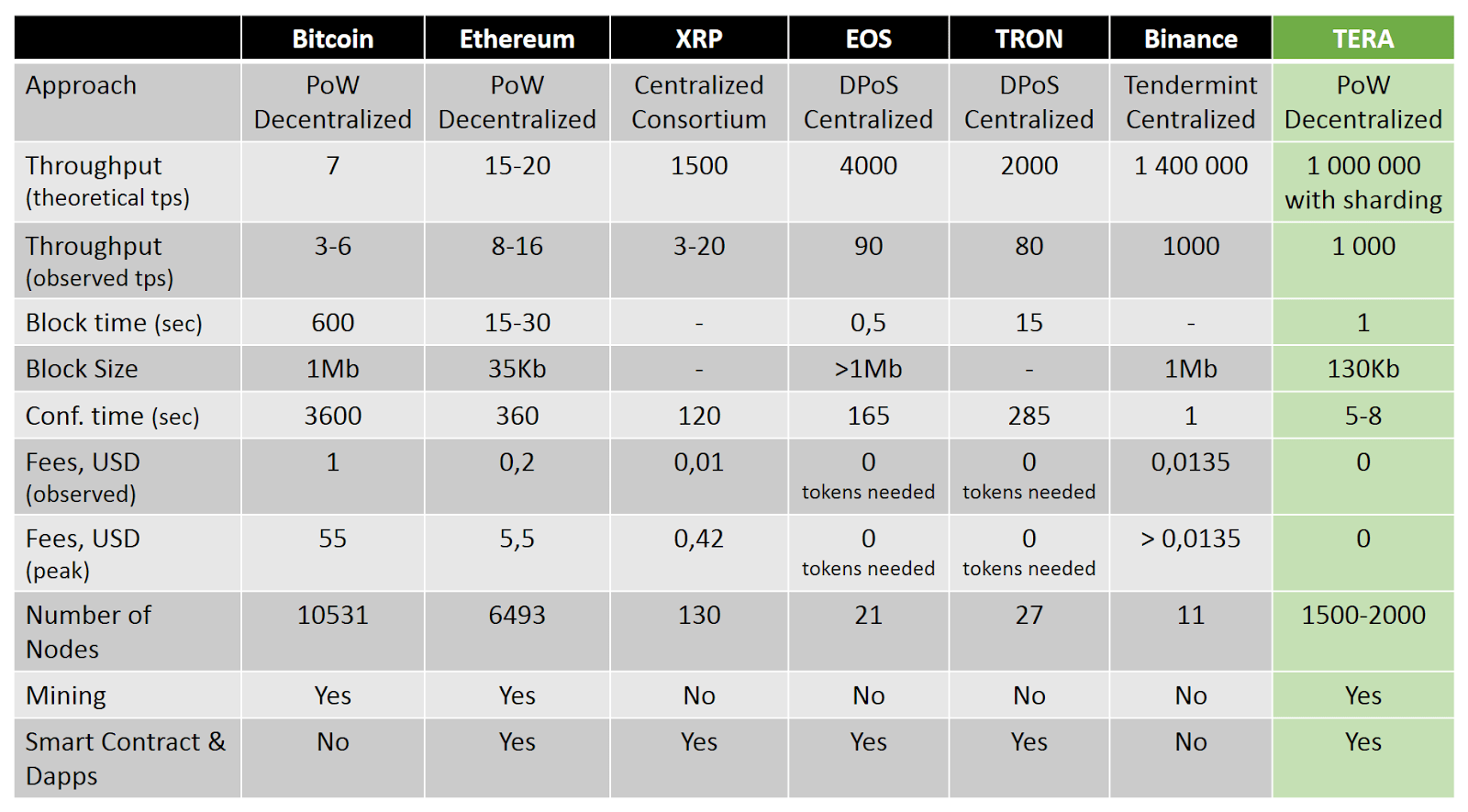