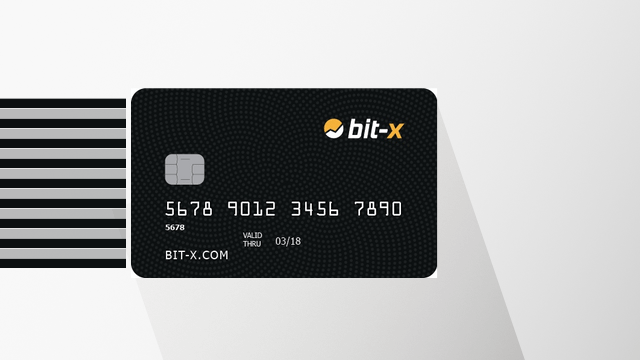 The demand for a Bitcoin debit card that has real-time currency conversion feature has long been there; not many companies tried to bring it. Gauging the demand, the BIT-X Debit Card which can truly be called a revolutionary debit card with real-time currency conversions has been launched in the market. Using this debit users can shop online anywhere and pay for goods & services as well.

Additionally, as the BIT-X debit card allows users to withdraw cash at ATMs worldwide using any of balances that include BTC, LTC, USD, EUR and GBP. The organization behind the launch has also announced cash back reward for the existing and new users. Thus, if someone is already using a BIT-X Debit Card, he can register an account on BIT-X and add card number on Balance page.

Though verification is not obligatory, there is limit set for the users i.e. it will be lower than for verified and partner bank approved users’ cards. To raise the limits the users can click “Raise Limits” on the Balance page.

The company that launched the Bitcoin debit card assures that it has brought in high-end security where users can set daily and monthly limits, limits for card operations or operations made with the magnetic stripe. Additionally, they can restrict payments to one country and link or unlink wallets to the card at any time as well as set individual wallet priorities.

Although PIN code changes are not currently possible, the company informs that in the case of a damaged or lost card, the users should immediately contact the customer support and unlink all of the wallets from the card.

BIT-X is planning to add more countries to the list.