A Bitcoin Crash? –Much Ado About Nothing 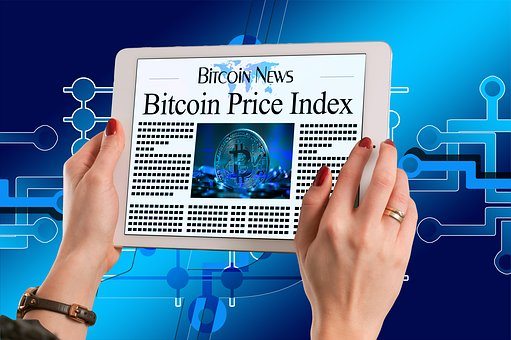 The line has been drawn in the sand. As Bitcoin continues to show its volatility, as should be expected from any new investment option, many people are in the process of assigning themselves to one of two positions.

The pro-Bitcoin faction consists primarily of Bitcoin and other crypto-currency investors. It’s reasonable to assume another larger group of investors are sitting on the sidelines, waiting for the right opportunity to join in the fray. These folks live with the belief that Bitcoin is here to stay. Its future is bright, not only as a scarce commodity but also as a potential worldwide form of currency.

On the other side sits the naysayers. These folks live with the belief Bitcoin was developed out of greed, a greed that is destined to lead to a horrific “fall from grace.” They liken this fall to the United States stock market crash of 1929 and the dot-com crash of 2001. In both cases, the proverbial bubbled did burst, but to what effect?

In just a few weeks during 1929, the US stock market crashed. More than 86% of the wealth accumulated through stock-ownership was stripped away. The crash was preceded by volatility and a buying frenzy that lasted more than a year. When the bubble went pop, economies all over the world were turned upside down. It sent the US into a depression that would last for years. The market eventually recovered, and investor confidence was reestablished. The ill-effect was temporary and led to positive changes in the market.

The dot-com crash was very similar in nature, though it focused on one primary sector. The investment bubble built until the principles of economics took over and sent the investment world a message. The market crashed by 80%, a drop felt in countries all over the world. Today, the US stock market sets new records almost every day with some of those dot-coms (Amazon, Google) leading the way.

In reality, the Bitcoin “bubble” has very little to do with history. It’s an exciting unknown. Bitcoin isn’t controlled by companies and governments. It’s controlled by the people who choose to be part of it. Should the proverbial bubble burst, many investors will surely lose money. However, that money can always be made back by staying the course. Imagine the investor who purchased 500 shares of General Motors stock in 1927 and simply weathered the storms. Their patience was rewarded with surprising wealth.

More to the point, a crypto-currency crash will have no effect on the world’s economies. The downside to the average Joe, who chooses not to pursue Bitcoin, is nothing. So why are the naysayers so concerned? Some of them believe they are providing a service by warning others while some of them are just looking for kudos from predicting the outcome.

The ones who really matter are the ones who have opened a Bitcoin wallet and staked their claim. That’s whose opinion really matters. No one can project the future, but all investments come with risks. Bitcoin is an exciting investment vehicle that demands both respect and caution. For the investors who believe the potential growth outweighs the risk, Bitcoin is the most exciting investment to come along in decades.