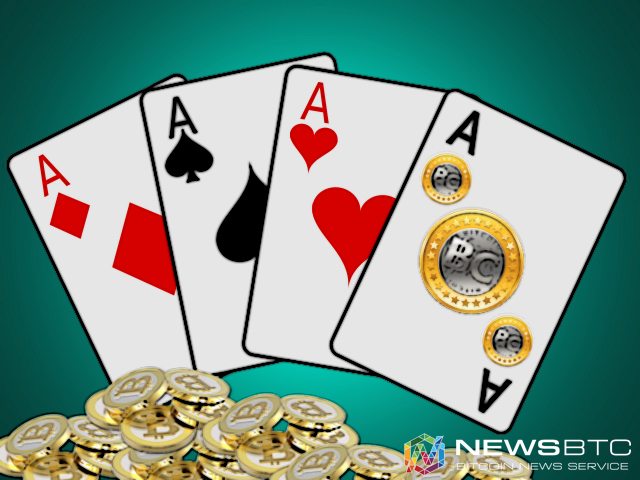 The Bitcoin Gambling Industry is growing at Full Steam

Since Bitcoin first appeared, a lot of Industries saw its immense potential and were immediately attracted by the enormous capabilities this new online currency could offer. Since the first Bitcoin transaction in 2010, when a Pizza was bought by 10.000 Bitcoins, Digital currency has seen a significant interest from many online businesses. Industry scouts and entrepreneurs saw this new technology as a tool that could potentially revolutionize the way how payments were made through the Internet.

One of the Industries that immediately saw a big utility in Bitcoin was the Gambling Industry. And right after the first Bitcoin transaction in history, a lot of online Casinos have appeared and have introduced a new business model where this new currency could perfectly fit in. The main features of this new online currency made it an interesting attractive for online based industries such as the online Gambling Industry. Bitcoin is decentralized, almost anonymous, and is not subject to the regulations and rules that conventional currencies are. That being said, it has become very popular and has been seducing new industries and online based businesses, and even started a completely new parallel economy.

Bitcoin turned out to be a new mean of development and innovation that the world has never seen before, making a new wave of innovation and development in the gambling sector. New sites, with completely new models were introduced and a new era of innovation led new sites to appear. Dragon’s Tale is the perfect example of this. It was launched in 2010, and introduced an entirely new gambling style where gambling and role playing was tied onto one fabulous new Casino, where players could do much more than just gamble.

Digital currency came as a way out from a lot of government restrictions related to online gambling throughout several countries. The gambling Industry Bitcoin rapidly became a way for people all around the world to engage in gambling entertainment without the fear of doing something that could be considered illegal.

Bitcoin has brought a lot of steam to the Gambling Industry. With this new technology, gambling sites were now able to use a provably fair technology. Since the Bitcoin technology eliminates the ability for any kind of cheating or fraud, it has transformed gambling into a trusted industry and has changed the gambling landscape forever.

BitStarz Player Lands $2,459,124 Record Win! Could you be next big winner?
Tags: Bitcoin Pizza dayCasino role playDraghon's TalegamblingGamesNewsOnline
Tweet123Share196ShareSend
Win up to $1,000,000 in One Spin at CryptoSlots