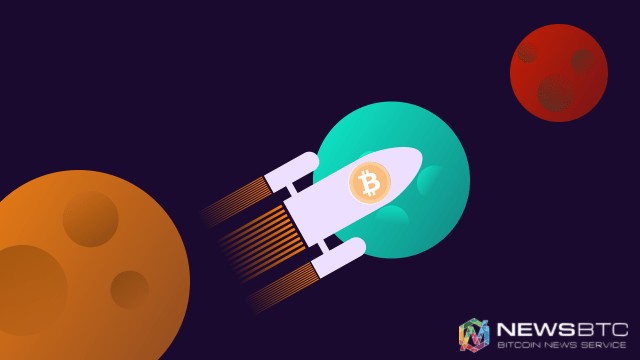 The bitcoin industry is still in its infancy, which means that there is a lot to look forward to in the future. In 2016, the future of the bitcoin industry is bright, and that’s not very surprising, given the fact that the price of bitcoin is quickly skyrocketing. In 2015, the price of the bitcoin soared from $230 to more than $480 from late September to early November. Those are pretty impressive numbers; and numbers like that look as if they are going to be the trend throughout 2016. And that’s very welcome news, after a rocky beginning. The sudden rice in the price of bitcoin has certainly attracted attention to this digital currency and what the future has in store for it.

In fact, the projections for the price of the 2016 bitcoin reflects a fresh understanding of this digital currency and has drawn attention to the fact that the bitcoin will certainly play an important role in the world’s financial system in the coming years.

The prediction for the price of bitcoin has risen from $400 to $600 for the 12 month period through 2016. The reason for the rise in the price is based on Bitcoin adoption projections up to the year 2025. It’s estimated that the four main categories that impact banking – online payments, remittance, micro transactions and so-called “banking” for the unbanked – the bitcoin will enjoy a market share of 10 to 20 percent.

Currently, there is limited use of the bitcoin, which means that it only really needs a value of around $24 a day. In other words, since the value is currently at $380, the bitcoin is $356 higher than it needs to be, which is an awesome outlook.

How the Bitcoin Value Could Soar

Some experts predict that the value of the bitcoin will climb by more than $53 in 2016. In 2017, it is estimated that it will rise by $123 and in 2018, it will rise by about $269. And if these projections aren’t impressive, than hold onto your horses, because you are going to be completely astounded by the next predictions.

If you are intrigued by these predictions, you may be wondering how you can get involved in trading Bitcoins. In order to be successful, you need to have a very clear and well-defined trading strategy. This involves choosing a trading platform that you feel comfortable with. Once you have chosen a trading platform, you will then be able to place orders and set bid and ask prices.

Given the projections for bitcoins, not only in 2016, but over the next decade, there is the potential to make a great deal of money.

The opinions expressed in this article do not represent the views of NewsBTC or any of its team members.  NewsBTC is not responsible for the accuracy of any of the information supplied in Sponsored Stories such as this one.