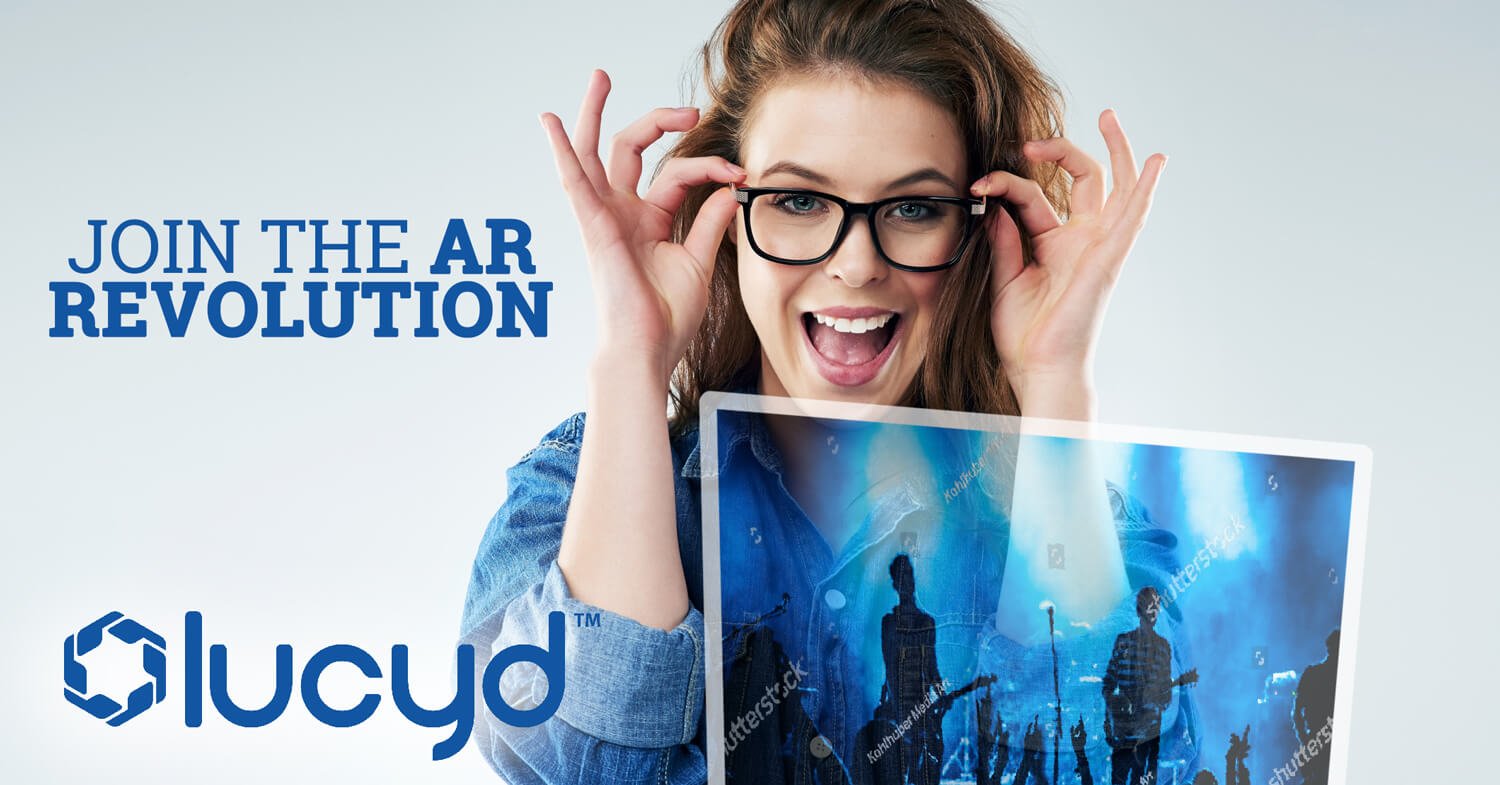 How does it feel to help build the first blockchain-fueled smartglasses? Awesome. Lucyd is giving investors and institutions a chance to become a part of ‘the glasses of the future.’ The amazing part? Lucyd apps will use blockchain technology, hailed for its robustness in changing the way we gather, store, and retrieve data across multiple platforms. The Lucyd AR app blockchain will allow anyone to develop, share, sell and experience content and apps, all within the interface of their smartglasses.

Lucyd has the potential to be the way forward in AR.

There’s nothing nicer than viewing the world the way it’s meant to be seen. But in practicality, we require a vast amount of additional information throughout our daily lives, which Lucyd can seamlessly add to our vision. With Lucyd Lens smartglasses, you will be able to see the world, but also see critical data that will make your life so much easier. Their mission is to create a highly functional, user-friendly AR experience, so everyone can go back to looking at life instead of down at their phones. The Lens is going to support two major interface types: a mixed-reality style where your focal point is on the real world, with supplemented information in the periphery, and a VR-style immersive interface, that will be tablet-like in appearance and functionality. Lucyd will also let you swiftly disengage the AR, simply say “Dream Deferred,” and you’re seeing the plain old world again. “Dream Awake,” and your vision will be filled with useful, customized data and computing capabilities.

Lucyd is launching the LCD token to fund a prototype of Lucyd Lens, using their 13 disruptive AR patents already licensed from the College of Optics and Photonics at the University of Central Florida. This lab one of the world’s foremost institutions for research and education in optical and photonic science and engineering. Lucyd has the technology to address many of the issues plaguing the AR space, including bulky size, unattractive form factors, narrow enhanced field of view (EFV), and AR objects clashing with the real world.

The technologies enabled by Lucyd’s patent portfolio enable implementation of advanced features such as lightweight, unibody design, flush LCD microdisplays with no protrusion, an EFV over 3x greater than any available AR display, and corrective lens compatibility, problems that no existing AR displays address. The Lens will be available in a single style at first, but gradually increase to more customization options.  See the figures below for some notable features.

Lucyd is launching the LCD token to decentralize AR.

Lucyd plans to build its own state-of-the-art content blockchain that can be used by developers to build applications using native dev toolkits operated in the glasses themselves. LCD token is used organically motivate user and developer engagement. It accomplishes this through the Lucyd Lab blockchain, on which new AR content & apps are registered. Blocks then release LCD to developers based on user ratings of their content, and to users based on their feedback to the developer community, and participation in ads and promotions. LCD can be used to purchase AR products from Lucyd and other developers, as well as bought and sold on token exchanges.

Lucyd intends to fabricate the first prototype of Lucyd Lens in 2018, and deliver pre-production models to token sale participants in early 2019, and to the public not long after. In order to meet these milestones, the Lucyd ‘Dream Team’ is raising the necessary funds through its LCD crowdsale campaign. The pre-ICO for LCD tokens started on October 17, 2017, offering a chance for investors and technology enthusiasts to contribute and get their first Lenses at 40% off. After the presale, the amount of LCD received is less, so you will need to invest more to be able to get your first pair. Fiat currency will also be able to purchase the glasses, but you can be among the first to own Lens, and help them actually come into being by contributing to the token sale.

The ERC20-compatible LCD tokens are built over Ethereum protocol, and those contributing to the project during the presale can purchase the tokens at a rate of 1 ETH = 2,133 LCD (with 2.35 ETH being enough to reserve one of the first 500 pairs, while promotion lasts). Lucyd is offering a 40% discount for early investors, and eventually at the time of the ICO, the tokens will be sold at 1 ETH = 1,280 LCD.

By taking part in the Lucyd crowdsale, the participants will be playing a significant role in the advancement of Augmented Reality and Blockchain technologies, while helping the platform build Lucyd Lens.

The driven ‘Dream Team’ of AR, creative and financial experts behind the project have a promising outlook towards the future of blockchain technology in the AR sphere. Lucyd is creating a highly disruptive vertical that merges the booming cryptocurrency economy with the equally hot AR space. More information about the project and the ICO is available on the project’s website and whitepaper.