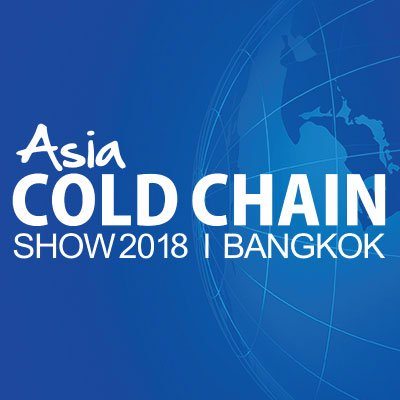 On February 16, 2018, the first ever Digital Currency Blockchain Forum was held in Almaty, Kazakhstan, during which, CAC, the high-profile Credit Asia Chain, was officially launched with a star-studded team and advisory committee spanning from blockchain experts, to consumer finance veterans, and government officials.

“CAC (Credit Asia Chain) is a social credit platform based on blockchain technology. The system is designed to solve long-lasting issues of information asymmetry, high industry barriers and high regulatory costs in the credit markets of developing countries through establishing a blockchain-based credit system.”

With blockchain receiving significant public exposure during the last year, the next logical step in the ascendant of the blockchain industry is the in-depth integration of blockchain technology and actual economic activities. This will require the integration of multiple industry, technical and governmental entities to be co-involved. CAC emerges exactly in response to such a grand goal. Instead of unrealistically treating blockchain currency as the “Replacement of Fiat Currency”, CAC has a specific service scope and clearer roadmap. Powered by the cutting-edge blockchain technology and government support, it aims to escalate the financial industry and boost the social economy in developing countries based on an affordable, efficient, fair and just social credit platform.

CAC’s Ambition of Financial Industry Escalation in Developing CountriesKazakhstan, a typical developing country in Central Asia, encounters many challenges despite its booming economy. The sluggish financial industry in Kazakhstan has seriously hampered its development, therefore it is urgently demanded that the financial sector be innovated.Despite that Kazakhstan has a relatively compete financial infrastructure, it lacks an advanced and extensive social credit information system. Given that credit information is not negotiable between financial institutions, the issue of information asymmetry becomes increasingly evident. Barriers between industries further aggravates the segmentation of credit data, seriously affecting the efficiency and risk control capabilities of the banking business.

For example, a typical farmer family in Kazakhstan often holds no credit history, not to mention any relevant knowledge in the area. Even if the family begins to leave credit footprints in the financial and commercial sectors, the records will look fractured and divided, institutions do now know how to gather and organize this into structured data for analysis. When a family applies for loans, the banks and credit agencies simply cannot fully grasp their credit status nor accurately assess their repayment ability and risk, making it difficult to provide suitable financial service to the family.

It is not just common in Kazakhstan, but also a social and economic issue that generally applies to most developing countries worldwide. CAC is born to fundamentally solve this bottleneck and comprehensively upgrade the financial industries in developing countries, so as to put them on the track of steady and fast socio-economic development.

CAC’s Core Strength, In-depth Integration of Leading Blockchain Technology and the Financial IndustryThe CAC adopts a decentralized structure design in which the blockchain functions as a hub of financial data sharing. The system provides various access control strategies, where the institutional and individual data are stored locally with access to the upper chain data. CAC employs a sharing-incentive mechanism to encourage the exchange of credit data. The shared data are priced and score-accumulated, and the transactions are billed and audited.

Such design enables CAC to be easily integrated into the existing financial systems, saving the time of transferring data to the cloud and ensuring data security and confidentiality. The fact that users, data providers and the platform itself all benefit from the CAC ecosystem has significantly stimulated more organizations and individuals to embrace the CAC with open arms. CAC acts as an intermediary to co-ordinate and structure the flow of data throughout the financial system

Users are rewarded for providing data to CAC, then more organizations and individuals are willing to transfer their own data to the CAC platform. With these rich information resources, CAC can provide banks, merchants and credit agencies with one-stop credit service that stretches beyond industries, regions and even borders. Enterprises across the spectrum can obtain fair, untampered, genuine and reliable credit data from CAC at reasonable costs. In light of this, the credit barriers that once prevail in society will be shattered.

On the CAC platform, the clear credit records of default in combination with the reward for compliance to the rules that CAC sets out ensures a very low ratio of bad debt and a balance of incentives in all stakeholders. CAC also employs advanced technologies in big data analysis and artificial intelligence to improve data utilization. Therefore, the financial institutions run more efficiently without unnecessary risks and costs.

CAC’s Strong Backing, Powerful Team and Political SupportCAC’s deluxe lineup: Erlan, CEO of CAC, one of the most influential entrepreneurs in Kazakhstan, the leading figure in Central Asian IT industry, whose business cover various fields and countries with close cooperation with local governments; CAC’s executives are all from large commercial banks, the Eurasian OECD, leading accounting firms and other first-class business and political institutions; CAC’s technical team are from extensive academic and commercial background, with years of experience in the blockchain, artificial intelligence, financial big data and other relevant fields.

Dozens of well-known professional investment institutions from around the world have also shown strong interest in participating in the future of CAC and have devoted rich resources into the platform. Composed of top elites from business, technology, government and investment sectors, CAC is “born with a silver spoon”. It is described as the rising star in the blockchain market and has been the focus of attention in the international financial and blockchain markets ever since its launch. CAC’s Roadmap of Ambition and Diligence

Tags: blockchainDeveloping CountriesGovernment SupportSocial Credit System
TweetShare
BitStarz Player Lands $2,459,124 Record Win! Could you be next big winner? Win up to $1,000,000 in One Spin at CryptoSlots

Mining City: A Blueprint for Success?