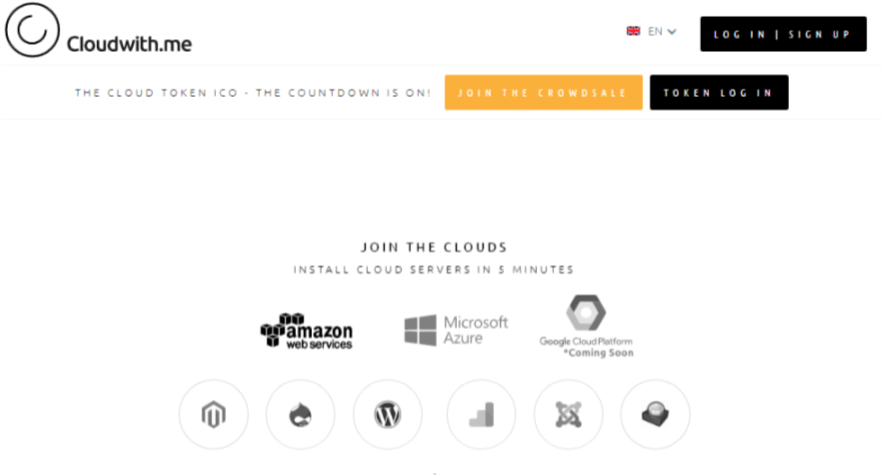 The internet, which started as an internal network of the defense sector has grown into one of the basic necessities of today’s life. As the revolutionary technology of yesteryears continued to progress, it gave rise to cloud computing. However, cloud computing has a lot of room for improvement, especially when it comes to the centralized network structure. It is where the decentralized ledger technology from blockchain era comes to play.

There have been instances in the “recent” past, where cloud storage accounts have been compromised by hackers, and attackers have breached cloud hosted servers. Cloud with Me, a cryptocurrency startup has decided to take the internet revolution to its next step, by creating a decentralized cloud infrastructure.

Cloud with Me leverages “power of the crowd” to deliver a stable, scalable and secure cloud infrastructure. With the implementation of blockchain technology, Cloud with Me’s services are driven by its native cryptocurrency — Cloud token. A brainchild of Asaf Zamir — the founder and CTO, Cloud with Me has recently announced its “Cloud ICO” to gain the support of the cryptocurrency and investor community while making Cloud tokens known to a majority of people who are most likely to use them as an early adopter.

Once the early adopters pitch in and validate the system, the masses will soon follow, making Cloud with Me decentralized cloud solution a familiar name in the tech circles. Built over Ethereum blockchain, the platform aims to create a Decentralized Application Protocol that enables the design and launch of decentralized P2P cloud applications. These applications can range from a simple file sharing solution to P2P insurance, banking and financial solutions and governance platforms. The Cloud tokens will become the mode of payment for cloud services, replacing the conventional payment methods.

Cloud with Me has already entered into partnerships with the likes of Amazon, Google, Microsoft and other cloud infrastructure providers. The platform is currently holding a pre-ICO, where investors can gain a 17% pre-order bonus on the purchased cloud tokens, which will continue to reduce with time. The Cloud token ICO will commence on August 25, 2017, selling each Cloud token at $10. Participants can purchase the tokens against Bitcoin, Ether or Credit Card payments. The platform also accepts wire transfers.

The platform invites investors to become part of the crowdsale by visiting the official Cloud token web page.