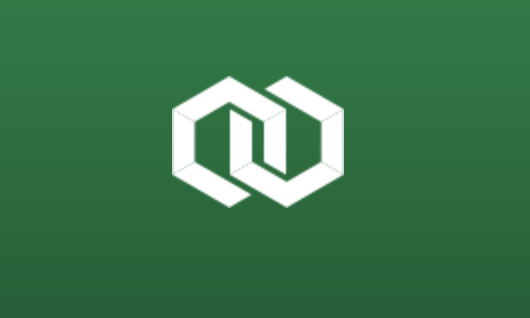 The global trade gap is narrowing but with little help from fintech, according to the Asian Development Bank’s (ADB) annual survey. Surprisingly, only 20 percent of firms report using digital trade financing platforms. The majority of commerce still relies on traditional financial products and services which route and manage global trade flows from centrally managed databases.

Firms risk perishing due to their failure to manage the rising risks in the traditional supply chain, warns the Global Supply Institute, which include port congestion, supply constraints, and currency risk. The large number of actors involved in validating trade transactions including banks, cargo agents, and shippers not only increase these risks but also the risk of theft, seizure, failure, hacking, and unfair pricing, says digital trade ledger developer CommerceBlock.

The blockchain digital ledger reduces risk by eliminating these third party permissioned actors who create friction and costs. Besides the benefits of digital currency transactions, for example, the blockchain can facilitate faster and cheaper currency hedging. The private blockchain, however, has high security risks. The CommerceBlock solution is trust minimized hedging strategies on public blockchains while using Bitcoin backed derivatives on the rapid, off-chain Lightning Network.

Imagine a French exporter of truffles selling a shipment to an importer in the United States for delivery in three months. The truffle farmer could significantly benefit from trading his highly perishable goods on the blockchain by transacting directly with buyers over a secure and immutable smart contract. Nestle, Dole, Wal-Mart, Costco and Kroger are among the first testers of the blockchain to route perishable food through a speedier and safer supply chain. To protect his profit margin on the rare delicacies, the truffle harvester also seeks to hedge the risk of fluctuations in the EUR/USD interest rate differential over the blockchain. Finite block space and processing time, however, are limitations to the efficient handling of financial transactions on the blockchain.

Instead, the French truffle producer enters into a foreign currency futures contract with a counterparty on a blockchain exchange using a multisignature (multisig) wallet on the Lightning Network. The multisig wallet is commonly used in escrow transactions. The trustless exchange does not have to trust a central exchange to hold the funds. The digital wallet holds funds in a multisignature address for the duration of a transaction, whether it be a commodities shipment between two companies or a currency trade on a financial exchange. Both parties to the transaction have a private key, or signature, which is required to unlock an action at a node in the network.

On the Lightning  Network, a payment channel or sidechain is opened between the two parties and the exchange. In this case, the truffle exporter agrees to sell $1 million and his counterparty to buy $1 million at an agreed upon EUR/USD forward rate at a future date. Let’s say the truffle producer expects the Euro to rise in three months and so locks in a lower price. If the price of the Euro rises/falls versus the US dollar, the seller/buyer pays the difference between the forward and current exchange rate. CommerceBlock tokens (CBTs) are used to execute the smart contracts. This includes actions in the Lightning hubs.

The exchange matches and routes the order. But unlike in a normal escrow arrangement, the exchange does not hold the money of the two counterparties or obtain access to private keys. Instead, both parties hold their money in a sidechain. If a sidechain is hacked, the central exchange and main wallets are protected since a channel to them is not opened.

At contract maturation, both parties will sign (here, too, a CBT is used to unlock the action) and the contract is blindly settled. With multisig wallets, trading has the potential to be as dynamic as off blockchain trading and can support other derivatives instruments (e.g. forwards, futures, options, swaps). For example, while the contract is open, the parties could enter into collar strategies and swaps, such as atomic swaps (i.e. cross-chain trading).

Security must also be assured on the public blockchain. Although the use of multiple signatures makes the multisig wallet more secure than a private network with a single gatekeeper, crafty hackers have managed to steal several hundred million dollars from them.

The software engineers at CommerceBlock have developed a protocol, BIP-175, to secure transactions on the public blockchain. The protocol ensures only the signers to the transaction receive cryptographic proof of its details, such as the parties, function and amount of the contract. Without an encrypted key, the hackers cannot access the wallet contents. CEO Nicholas Gregory is an accomplished technologist with over 20 years of accumulated experience working across financial, enterprise and blockchain applications.

BIP-175 has been developed to support more complex contract terms, making it suitable for a standard for global transactions by linking private data to public blockchain while still keeping data private. To accomplish this, it employs a hierarchical deterministic wallet, which encrypts addresses and private keys in a tree-like structure. The ‘seed’ makes it possible to reconstruct the wallet if it is lost. Additionally, the employment of the BIP-32 protocol provides a parent and child seeds, allowing the transaction data to be more widely deployed. For example, an exporter (the parent) can control the root key and ability to release funds and goods, while cargo agents, custom officers and others along the supply chain could access cargo details such as weight and value, but would be prohibited from facilitating parent actions.

(OR A CURRENCY TRANSACTION EXAMPLE: For example, a risk manager (the parent) can execute a EUR/USD trade to hedge currency risk as the parent seed, while the company accountant and compliance officer as child seeds could view and verify, but not execute, the trade across one smart contract.)