What Is in Store for Cryptocurrency In 2018? 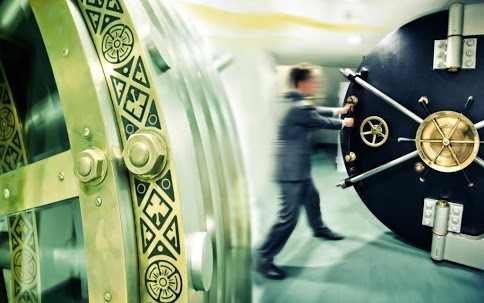 There were many predictions by so-called experts in 2017 and no one was able to predict it correctly. Most thought Bitcoin was a bubble that was about to pop and others predicted moderate increases up to $4,000. No one expected it to get to around the $20,000 and even though it has dropped, it has still settled around the $15,000 mark. What the mainstream media seem to be forgetting are the huge returns it has made over the year than the occasional profits taking. Anyone with a Bitcoin Wallet with a sizeable amount held in it over the whole year made a fortune and the same will happen the year ahead.

In 2018 we are going to see a “regulation war” as Governments will try to control the decentralized product. It is going to be a very difficult task to control a Bitcoin Wallet and one which is doomed to fail. Rather than fighting the crypto revolution, they should be embracing it. It will only take one country to adopt their own state cryptocurrency and the rest will have to follow. There have been many rumors that China and Russia are going to release their own cryptocurrency. If this happened, the 2017 boom in cryptocurrencies will look like a drop in the ocean.

By the end of 2018 Bitcoin may not be the number one cryptocurrency. The Achilles heel of BTC is the high financial transaction costs and unless this is resolved it gives others a competitive edge over it. That is why we are seeing the rapid rise of Bitcoin Cash as it is far cheaper and should be a solid investment for the year.

Ripple has the possibility to become the world’s leading cryptocurrency in 2018 and has pushed Ethereum into third place. With the banks and hedge funds now dipping their toes into the crypto market, these two digital currencies are their preferred choice. That could send the prices skyrocketing and transform the sector.

In 2018 expect ICOs to be in the news a lot as these have transformed the venture capital sector. This area of cryptocurrencies is going to be under a lot of scrutiny this year and it faces an epic battle with regulators. Expect many ICOs to fail but the ones that make it will make the initial investors extremely rich if they are brave enough to hold onto it for the next few years.

It is not just the financial system that is going to be revolutionized in 2018 as the technology behind cryptocurrencies (the Blockchain) is going to have a major impact on countless industries. The main sectors affected will be consumer goods and retail, democracy, and government. higher education, manufacturing, technology, telecommunications and media, transportation, resources, and healthcare.

2018 is going to be a roller coaster of a ride and as the worldwide economy gets worse, cryptocurrencies will benefit. The regulation battle is going to get dirty but due to the decentralized nature, it should be able to survive the war. We are going to see inflation get out of control in many parts of the world due to the collapse in fiat money. This will escalate the economic crisis and the solution to it is cryptocurrency. It only takes one government around the world to realize this and the revolution will make the boom of 2017 look like a tiny blip on the chart.