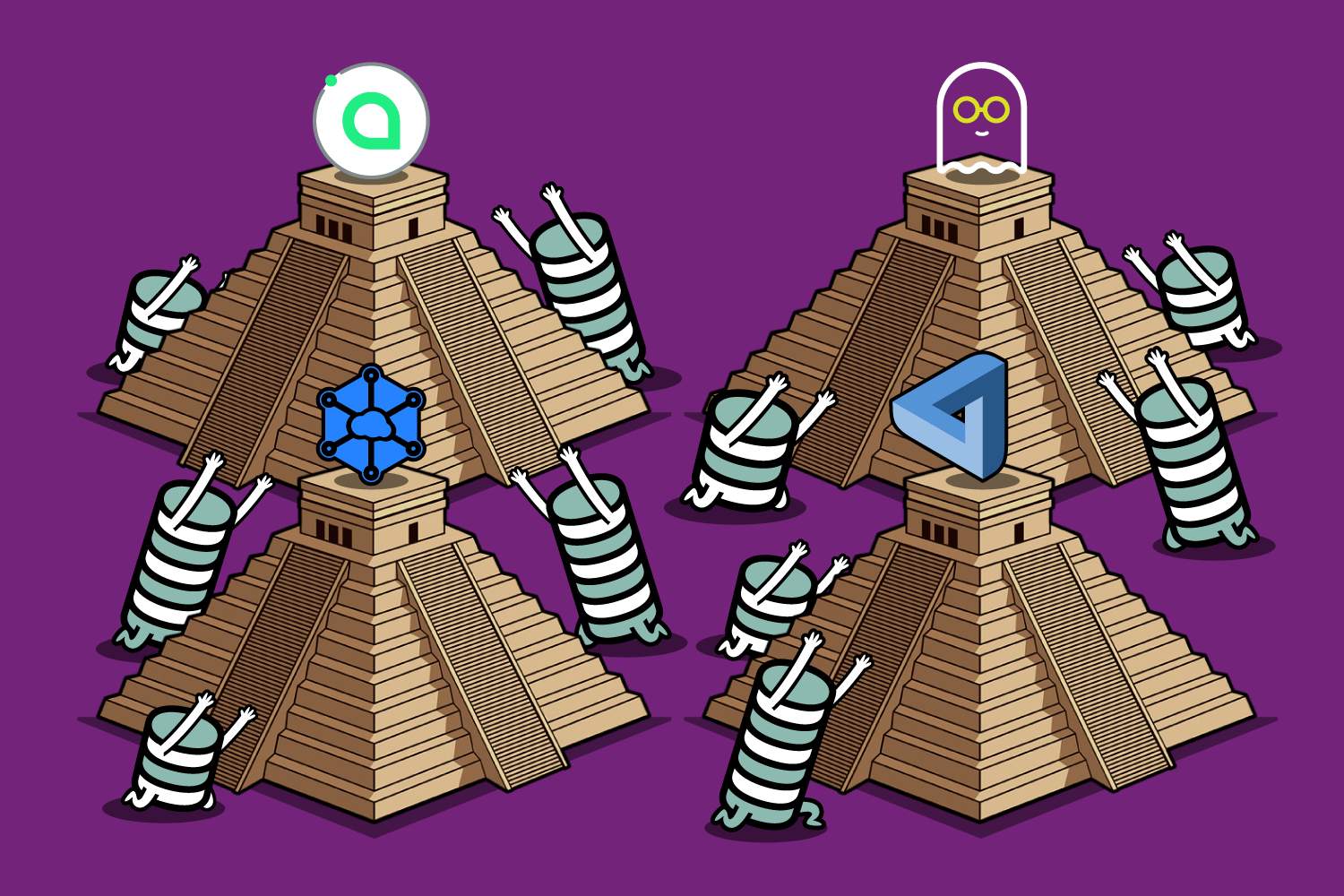 The ability of the distributed ledger to globally disrupt the existing operating procedures of various branches of the economy is no longer a secret for anybody. One of the most promising fields where the use of the blockchain technology will radically reshape the existing market is the cloud storage. According to Mitch Steves, the development of blockchain technologies would lead to the emergence of the ‘global decentralised computer’, a set of tools and technologies allowing to make the Internet a more secure place. The analyst gave a special place to the industry of decentralised cloud repositories, emphasizing that thanks to the decentralisation and the use of cryptography and encryption, the information in such repositories is only available to its owners.

“Your information is now secure, and without your private keys, it cannot be accessed. This is the first example of building a ‘World Computer’, as we could apply the same concept to a wide variety of decentralized applications (Dapps)”.

New projects started to emerge in the market, proposing to move the data storing from a ‘cloud’ controlled by one company to a decentralised repository consisting of many host nodes.

Currently, the largest data storing network belongs to the Storj projects, one of the pioneers of the field. The Storj network, created in 2014, was launched in beta version in summer 2016. At first, it used the bitcoin blockchain but in the spring 2017, because of bitcoin scalability uncertainty, Storj announced the transfer of the project to the Ethereum network. By the beginning of 2018, over 20,000 leaseholders and 19,000 storage providers from 200 countries of the world joined the network. More than 60 petabytes of information are stored in the system.

The data storage pattern is following: within the Storj network, a file is encrypted, broken into blocks and distributed among 84 nodes. The leaseholders pay $0.015 for 1 gigabyte of stored data per month and $0.05 for one gigabyte of downloads per month. The payment may be made in both system tokens and fiat money. The price is fixed and set by the project developer.

Though Storj has a reputation of a sustainable and safe project, many cryptoenthusiasts note a number of serious drawbacks of the system. The main objection: in its present shape, Storj can hardly be considered a truly decentralised project. Around 75% of all existing coins are controlled by the Storj Labs developer. Moreover, Storj Labs possesses metadata about the location of the users’ files. If the lab ceases to exist, all the files can get lost. The system has a single point of failure, rendering it less secure and not quite meeting the ‘decentralisedness’ criteria.

The Sia project is the main rival of Storj. By 2018, it gained recognition among the community as well: the system includes around 1,000 hosts offering more than 3.3 petabytes of space. However, the offer largely exceeds the demand: only 400 terabytes are used. Unlike Storj, first based on the bitcoin blockchain and later transferred to the Ethereum network, Sia works to create its own blockchain. The platform tokens are obtained by standard mining, both with videocards and with ASIC miners provided by the Chinese manufacturer Bitmain. When the files are uploaded to the storage, they are broken into 34 blocks, encrypted and distributed among the network.

When speaking of Sia’s advantages, they often mention its closer conformity to the ‘decentralised system’ characteristics: the tokens are evenly distributed among the network participants, there are no large nodes capable of carrying out the 51% attack, the storage providers are paid automatically and the files download does not in any way depend on the platform developers. Even if Nebulous, the company that created Sia, stops working on the project, the network would survive and the files would not get lost. Besides, the file storing is cheaper in Sia than in Storj: $0.002 for 1 gigabyte of stored data per month and $0.001 for 1 gigabyte of bandwidth. Moreover, there is market mechanism that defines the price based on supply and demand.

However, there are also shortcomings that the crypto community participants often speak about: while the economic pattern of Sia suggests restraining the issuance of new coins by the growth of the network difficulty, the token emission is not limited. In theory, such an approach would not allow the coin price downfall but no one can predict how the situation would develop in practice. Another shortcoming is the speed: the Sia blockchain is slower than the one used by Storj.

Both Sia and Storj are largely dependent on one blockchain, whether its own (in the case of Sia) or chosen for the development of the service (Ethereum in the case of Storj). The project Casper API developed a radically different approach towards creating a system of decentralised cloud repositories. The creators of the new system of storage decided, instead of attaching themselves to one blockchain, to create a solution that can be developed on any blockchain, be it Ethereum or its possible future competitors such as NEO, Qtum, and Lisk. It is a great advantage in the case of a nascent industry without an obvious leader. Such approach will also benefit the leaseholders: one and the same provider will be able to receive storage commands from applications based on different blockchains, enlarging the circle of users.

Another feature of Casper API is the choice of target audience: the solution is targeted at decentralised applications (DApps) that at present cannot really be called decentralised because of lack of decentralised storage. The data storing inside the blockchain is too expensive and the data transfer to the centralised cloud repositories controlled by market leaders (Amazon, Google etc.) endangers the centralised character of the applications and is less resistant to various vulnerabilities and attacks.

The data distribution in Casper API is made in the following way: the file is sharded into blocks, encrypted and distributed among the nodes. Every block has four replicas. If one of the hosts stops meeting the conditions of the system (speed of less than 5 megabits per second and staying online less than 95% of the time), the smart contract replicates the information to another host.

Similar to other projects, Casper API would use its own token, CST, as its internal currency. The emission of tokens is limited at 440 millions, helping to curb the potential threat of inflation.

MaidSafe is one more project targeted at providing cloud storage for DApps. The first transaction in the SAFE (Secure Access For Everyone) network was carried out in 2014 but so far the developers have only launched a second alpha version of the network.

MaidSafe is not just a decentralised data repository but also a network that allows to store and exchange information and to build decentralised applications. The project presents itself as the new safe Internet and “the World’s First Autonomous Data Network.”

With MaidSafe, the providers not only lease their free hard disk storage space but also the processing powers. The MaidSafe would serve as a base for social networks, financial applications, e-mail, blogs, storage of medical records and chats. However, as the network only exists in a test regime, there is a risk of data loss when it is restarted.

The SAFE network is based on the bitcoin blockchain but in the future the developers plan to transport it to their own blockchain.

The shortcomings of the project, often described by its followers, are caused by its plans which are probably unduly ambitious: the project is developing slowly, and some of its functions are difficult to understand for the newcomers to the field.

Despite the abundance of projects that at first may look similar, it should be noticed that some of them are do not compete with other projects but rather supplement the nascent range of projects with different target audiences. In this vein, while Storj and SIA are more oriented towards work with private persons and companies, Casper API and MaidSafe aim to provide the DApps with a secure and a decentralised means of data storage. That being said, Casper API stakes on a more flexible approach, enabling to deploy the solution on the blockchains of different systems instead of attaching it to a single blockchain.