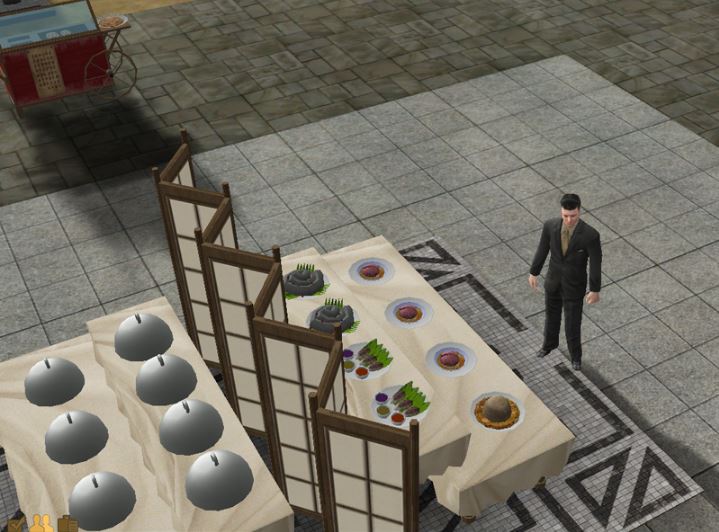 Dragon’s Tale is an original online Bitcoin Casino that brings a new style into play. It has mixed gambling with role playing to ultimately result in a magnificent and unique game for the Bitcoin ecosystem. In the virtual world of Dragon’s Tale, players are able to find fun-filled casino based mini-games, offering attractive Bitcoin rewards to the winners.

The Eight Treasures of Chinese Cuisine is one of such marvelous games. It is a game inspired by the traditional Chinese cuisine and a different version of the well-known Poker game.

In the Eight Treasures of Chinese Cuisine, players will be able to sample Chinese-based exotic cuisine dishes. The game is pretty simple to play. The game is played with two players standing on opposite sides of the table, and selecting each other to challenge. Then each player picks a menu, which will determine what dishes are on their side of the table (their hand). Then the game begins, with one person randomly selected to open the bidding, and then alternating turns bidding.

Bidding works as follows: You are bidding that the number of dishes on the table from both players is equal to or greater than your bid. Each turn, you must either bid higher than the previous bid, or deny. A higher bid means either the same # and a higher dish type, or a higher number of any dish type. Before playing, each player must have a menu in their inventory. You may buy 4 new menus at a nearby food cart for 5 times the bet level. Each menu consists of a name and a number, for example, Umuri-1. Once made, each menu always contains the same dishes, so for example, if any player uses the menu Thyw0r-8, their hand will always be the dish ingredients.

The Eight Treasures of Chinese Cuisine is just one in many fun and original games you will be able to find once you sign up for Dragon’s Tale.  So, if you haven’t opened an account yet, take a time to visit this wonderful game and try out its exquisite mini games.

Get 110 USDT Futures Bonus for FREE!
Tags: bitcoinCasino role playDragon's Tale
Tweet123Share196ShareSend
BitStarz Player Lands $2,459,124 Record Win! Could you be next big winner? Win up to $1,000,000 in One Spin at CryptoSlots