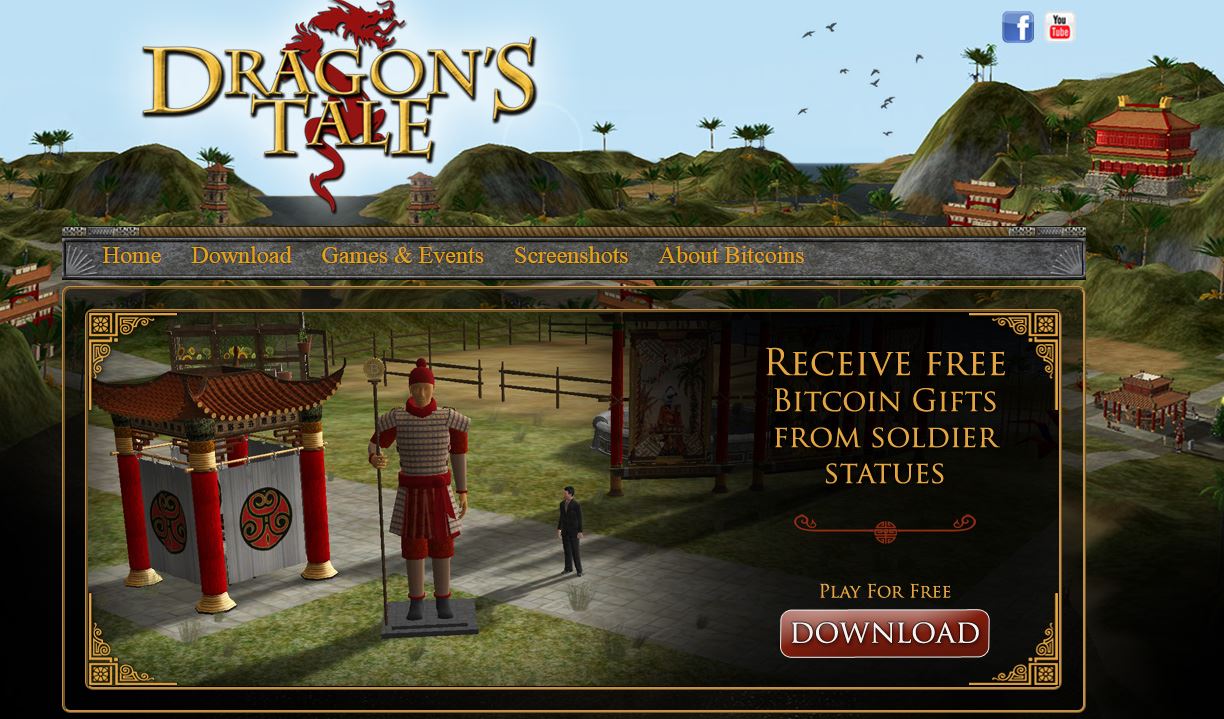 At Dragon’s Tale, the players can play a lot of original and exquisite casino based mini-games that they won’t find in any other Bitcoin Casino. It is the first gambling platform offering players the chance to play a wonderful role-play-game while being able to gamble and earn some Bitcoins. Players will need to find a mentor who will help them to level up their avatar and access several other games and other areas of the Dragon’s Tale virtual world.

Throughout the virtual world of Dragon’s Tale, players will be able to visit several islands where they will find many original mini-games that have been developed exclusively for Dragon’s Tale.

One of these exquisite and exclusive games is the Dragons Archway. The Dragon’s Archway is basically the town’s entrance. It is a place where players can gather some information about tournaments and other events.

The Dragon’s Archway is also the place where any player can top up their earnings by trying to win the Biggest Jackpot.  The only way to play this game is by accumulating Dragon’s Treasures, which can be earned through gameplay and mentorship. In addition to doubling a treasure, players will also be able to top their earnings with the grace of topping the Archway with a successful bet.

Tags: bitcoin casinobitcoin gamblingDragon's Talerole-play gambling
TweetShare
BitStarz Player Lands $2,459,124 Record Win! Could you be next big winner? Win up to $1,000,000 in One Spin at CryptoSlots