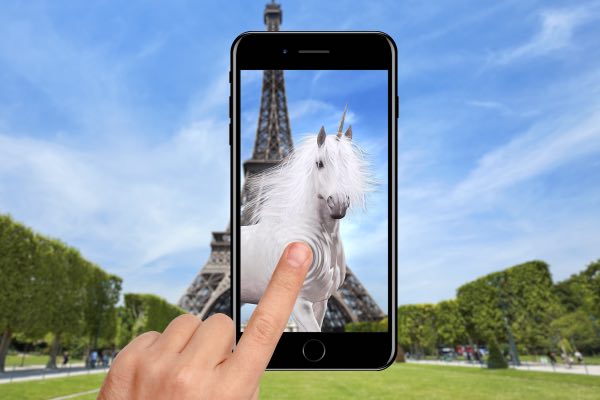 UnicornGo is the newest blockchain game based on Ethereum and Universa smart contract which is going to blow the minds of users with stylish characters design, a rainbow-colored universe and unique opportunity to breed mythical animals based on genetic research. Unlike other online games, UnicornGo features an entirely sovereign magic world, complete with realistic genetics, geolocation, augmented reality, and a dedicated in-game economy as well as combat system. The in-game marketplace where users can buy, sell or exchange their unicorns or find an ideal partner for the birth of the offspring will be supplemented by a genetic laboratory where everyone’s dream can become a reality.

The team of Unicorn Go PTE. Ltd., registered in the Republic of Singapore, is a collaboration of blockchain enthusiasts, experts in different fields with their own talents. Their platform has the power to change the world — everyone’s personal world can be turned into a fairy tale where even people with musculoskeletal disorders can move their unicorns with a power of thought with the help of high-tech neural interfacing!

With UnicornGo’s game servers located in a Research Institute, the unicorn is connected to a neural network, enabling it to learn from every UnicornGo user. The user inputs and feedback are used for further research and development of the augmented reality, game dynamics, and the gameplay itself.

One of the co-founders of UnicornGO just entered into an agreement with the designers from Tesla (they also worked for Rolls-Royce). These specialists will be working with the team to develop gadget designs for neuro interfaces. In the next 3-5 months, they will develop a complete design of gadgets to control unicorns with the mind. The neuro interface itself has already been developed by Basis Neuro, a company that offers advanced solutions in the high-tech industry and known for their rapid delivery. With the help of Basis Neuro and Tesla’s specialists, UnicornGo is set to bring yet another hi-tech revolution.

The main goal of UnicornGo is to create the first truly decentralized game where developers will have minimum control and the community members will be able to monitor any transactions and perform other actions with no third parties involved. The game will have its own inner currency named – for sure! –   CandyCoin built on ERC-20 token. The game features advanced gene-based breeding system by use of CandyCoin currency. This currency provides for the deficit of game resources. Also, it promotes price rise of the assets and makes it possible to enjoy the game.

Users of UnicornGo not only became owners and creators of beautiful mystical animals with very modern and stylish outlook but also are eligible to earn real money growing their pets. Simultaneously, some unicorns will be offered for sale. New ones will appear after the first ones have been bought. The GEN-0 unicorns will be sold based on action principle with the following algorithm:

the starting price is set which will be dropping with time; as soon as the unicorn is bought at a certain price, the next one will be offered at a price which is greater than the purchase price +20% and this new price will be also decreased over time;

The CandyTokens presale stage is going on now and it will be over by the end of February 28. Users purchasing the tokens before the end of pre-sale stand to receive unicorns, land plots, seeds of candy trees and other accessories as a gift. The gift unicorns wield incredibly unique characteristics and look like they bear mostly peculiar genes that won’t be available in the game any time later – GEN-0.

From 28 February unique unicorns GEN-0 will be available to buy with ETH or CandyCoin tokens and the game begins. For buyers with CandyTokens, there will be a special discount of 15% on unicorn priced at $50. The GEN-0 unicorns’ collection is limited to 30000 pets.

UnicornGo project has a big potential interest for gamers, collectors, and investors as well as for ordinary people who want to explore their creativity and include bright colors into their lives. The first batch of players will be able to enjoy a colorful animated version of the game as it is launched.