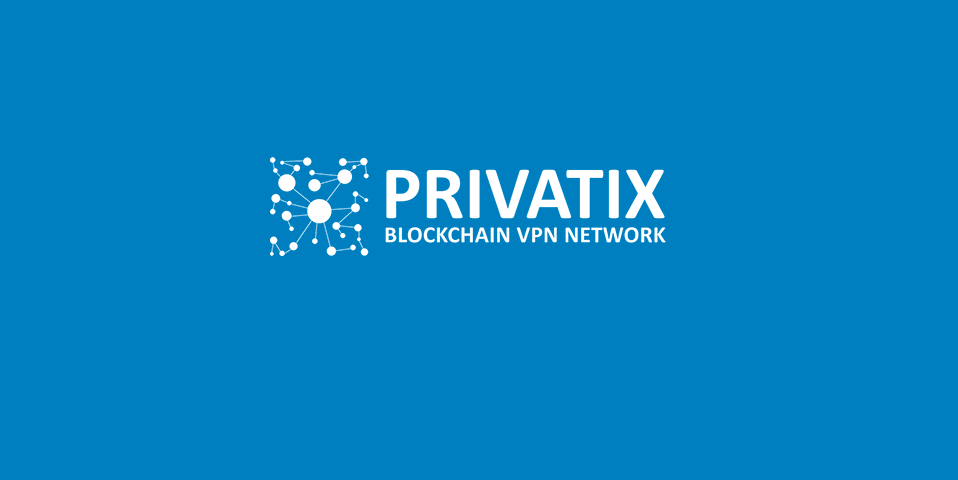 The VPN provider Privatix wants to make the biggest bandwidth marketplace, using peer-to-peer VPN networks, on Blockchain. It aims to do this by using people’s bandwidth when it’s not being used. So that, when Internet connections are not being used, either by regular people who happen to be at school, at work or anywhere, or indeed by companies and Internet hosting services, this unused bandwidth could be rented out to those companies who want more bandwidth.

Privatix currently has 750,000 users, and their temp email service, Temp-Mail, has 250,000 daily visitors daily. The company wants to build a decentralized P2P VPN on Blockchain, and Dima Rusakov, CEO of VPN provider Privatix Limited, says that crucial issues for the VPN market, such as affordability, services which don’t sell user data, and services which provide real anonymity are ones which need to be brought to market.

In this way, censorship, privacy and speed, are problems that are addressed with a decentralized, fully autonomous P2P VPN network on Blockchain, that allows users to share their Internet broadband with other network members, or to buy other people’s broadband channels for themselves. This network cannot be blocked, the data are encrypted, with mutual settlements being conducted with crypto tokens.

VPN is used to access content that’s unavailable or restricted in certain countries, to have more secure Internet connections, or to download torrents or magnet links safely.

Centralized VPNs can be detected by DPI-based blockers, like the Great Firewall of China. Privatix uses DPI-free protocol,  which makes the VPN undetectable. Apps can also use this software for anti-censorship solutions, to implement monetization, and so on. The Mobile Software Development Kit designed by Privatix, integrates in apps to allow such solutions to work.

Blockchain-based P2P VPNs can host services to sell unused server capacity, which can have a knock-on effect of attracting bigger players and expanding the marketplace, and this is where the PRIX crypto comes in.

The Privatix market operates using PRIX, a crypto token exchanged between agents who sell bandwidth, and clients who purchase and use bandwidth. The more demand for bandwidth there is, the better it is for agents selling access to it. The more the supply of bandwidth available, the more clients have to use.

If misuse of capacity on exit nodes arises, it’ll be dealt with by Privatix, so that agents don’t have to get involved in any legal ramifications.

Privatix into the future

The pre-ICO is Sept. 14 and aims to sell three percent of the PRIX. The company will give a 60 percent bonus with each purchased PRIX, so buyers get 1.6 PRIX for each 1 PRIX bought.

The ICO starts Oct. 19, and goes on for four weeks. Seven percent of the tokens are reserved for employees and founders who will keep them for one year.

Tags: blockchainp2pPrivatix
Tweet123Share196ShareSend
Win up to $1,000,000 in One Spin at CryptoSlots