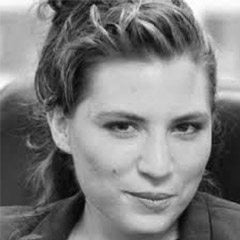 Gaming Industry has found a novel way to grow with the help of Game Machine, a crowdfunding platform presenting a huge analytics data and ratings from the participants. The token sale of the platform started on December 14, 2017 and is being almost completed – the ICO has only 2 days left.

Gaming industry showed remarkable growth, hitting $108.9 billion in 2017. The industry is further rising to new levels in view of increasing popularity of decentralized technologies. To exploit the growth potential and provide a novel crowdfunding platform for the gamers, developers and investors, Game Machine has come up with a blockchain based platform. It is a global, open ecosystem where gamers, developers, advertisers and hardware manufacturers work collaboratively towards the growth of the industry.

The Growing Market for Games is the Next Big Opportunity

A huge segment of gaming industry showing a dramatic growth since last few decades is based on PC games. The growing number of new titles, eSports, and digital distribution has brought new opportunities for gaming companies to capture global customers, comprising of gamers, internet users and tech lovers.

“More people are playing games every day and spending more money on games, unlike almost every other form of media, where there’s downward pressure. Games are still a growing industry and [they’re] becoming more dynamic… Video games should be near the top of the lists of investors”.

In the present scenario, the integration of blockchain technologies and gaming is the mainstream idea, and Game Machine is the first platform based on this concept. The transparent, decentralized ecosystem of Game Machine involves all industry players, providing in-game items to players, an opportunity to developers to pitch games to their audience, the space and tools to advertisers and a profitable, income-generating project to the investors.

Benefits for the Investors

The participating gamers on Game Machine’s crowdfunding platform gain an opportunity to securely contribute towards a profitable product. The ecosystem provides all the stats and users trends based on their interest in the ideas created by developers. Hence, users don’t need to have any advanced technical knowledge to use the project and earn an income out of it. Game Machine has also offered exclusive discounts and sales schemes for the investors. Top-tier investors can also buy a portion of the tokens, released by each project.

The fact that Game Machine is already functional, differentiates it from other crypto-projects in the market. Just within a year, the team created an app based on the personal funding of $80,000. By now, the company has captured over 70,000 potential users on its Game Machine Client and pool over $2 500 000 on-going ICO.

Game Machine has already given over 40,000 in-game elements to the gamers within 2 months of the app launch, indicating a high interest among players. In addition, the miner also shows a great response as more than 500,000,000 tokens have already been obtained. So far, the experts give a high rating to the project and consider it the evolution of the global gaming industry.

The Game Machine team is further developing the product, for which the token sale was launched. A video showing the concept has also been created by the team. The on-going token sale will end by January 31, 2018. The company has issued 140 million GMIT tokens, capped at 40,000 ETH. At the end of the token sale, the investors can sell tokens to developers and gamers for an enhanced value or invest them in Game Machine projects. Game Machine tokens GMIT will be listed soon on the three of most popular exchanges. So anyone can take a part in the token sale and become a lucky token holder, get a good profit and invest into reliable projects that will be on the Game Machine platform soon.

To know more about the platform and participate in ICO, please visit: gamemachine.io