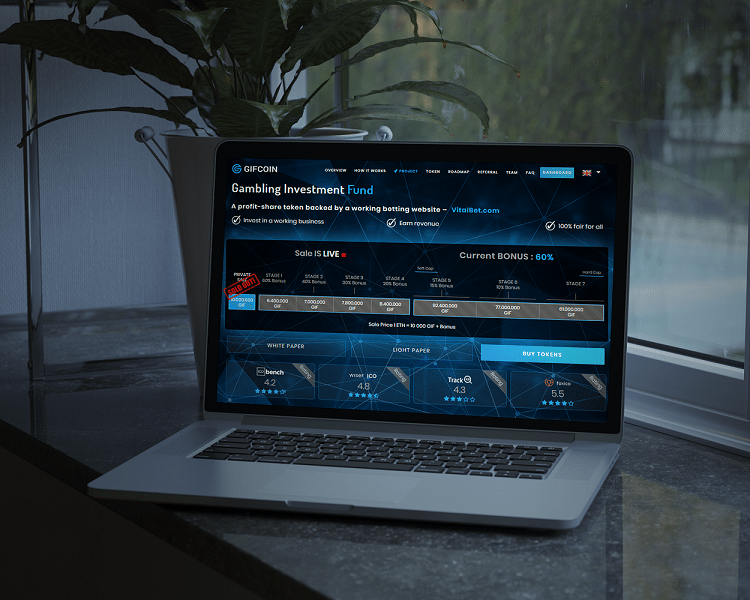 The recent milestone, achieved on April 25, 2018 comes amid a bearish crypto-market. It signifies that the project is on the right track with its product development and offering, while maintaining transparency throughout. The GIFcoin team has been actively sharing live updates with the community which is essential to build trust among the cryptocurrency community members.

The ongoing crowdsale, in its 5th stage, is offering an exclusive bonus of 15% to the participants.

The Recipe to Impressive Token Sale

The cryptocurrency industry has been under tremendous stress since the beginning of 2018. The bullish market that continued through the last quarter of 2017 suddenly inverted, causing massive fluctuations in cryptocurrency values. The situation has been dire, especially during the months of February and March. The uncertainties associated with the bearish market, combined with low cryptocurrency prices, almost eliminated the possibility of profitable investments until the GIFcoin token sale came along. Unlike other ICOs, the GIF price is set against ETH instead of fiat equivalent, which provided an opportunity for many to invest their crypto holdings in a project with a potential for long-term returns.

It has become a common practice for projects to run token sale campaigns armed with no more than a website and a whitepaper describing the idea. Compared to such projects, GIFcoin is among the very few which have an existing profitable business operation to initiate an ICO.

VitalBet, the online gambling platform behind GIFcoin, has years of operational history, which, combined with unprecedented transparency and the future market potential in the gambling industry, has made investing in the crowdsale an attractive proposition.

The team behind VitalBet and GIFcoin are already working on their project roadmap, much before the ICO has come to an end. Recently, the project completed one of its roadmap goals by releasing a major update on its VitalBet platform, which is now rebranded to Buff88. The newly-released version of the platform comes with a slick design and top-notch user experience as promised in the roadmap.

Buff88 is created by focusing on the mindset of gamers. It includes an easy-to-use layout and betting options that are designed to entice both experienced as well as rookie players. With an attractive logo, and a catchy brand name, the platform allows players to place bets on over 25+ eSports.  Another roadmap milestone achieved by the platform includes the inclusion of support for multiple cryptocurrencies. Players can deposit funds through BTC, ETH, LTC and 50 other altcoins.

GIF Token is a unit of investment in the Gambling Investment Fund. Those purchasing the tokens during the crowdsale gain an opportunity to earn passive income over the years to come. With a potential long-term, sustainable growth in sight, the platform is aiming to attain the hard cap of 24,000 ETH with the support of interested participants.  Unlike other cryptocurrencies, the value of GIF tokens is connected to high growth-rate online gambling market, which makes its appreciation in value a certainty.

To know more about the platform, and participate in the GIFcoin crowdsale, please visit https://www.gifcoin.io.