Green Light: Asia Is about to Have a New Crypto Hub 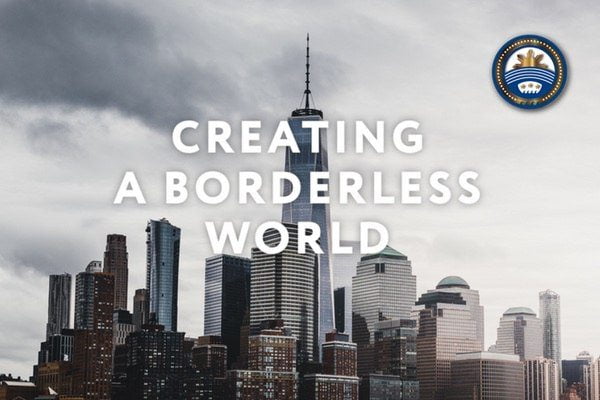 Since the time the concepts of cryptocurrency and blockchain technology were first introduced to our modern reality, they have become the subject of discussion not only among programmers and crypto enthusiasts but also in business. People from finance, investment and banking spheres went into analyzing the possibilities and prospects of blockchain implementation and usage.

Several countries and territories have advanced so far trying to create and liberalize the conditions for blockchain-based projects that they have gained recognition as the world’s cryptocurrency centers or hubs. That refers to the Swiss city of Zug with its thriving crypto Silicon Valley, well-known to all digital currency supporters. While most countries stayed away from the innovative distributed ledger technologies, Zug took its own way and built the most advanced ecosystem for the development of blockchain and ICO projects. Hundreds of startups rush to this Swiss town in order to establish their business, register a company and conduct an Initial Coin Offering, selling the tokens to investors. According to the Crypto Valley Association study, in 2017 Swiss-based companies raised more than $600 million through crowdsales which made over 15% of the global ICO market, worth about $4 billion.

Until recently Singapore has remained the main crypto hub in the Asian region. Representatives of its Central Bank see a huge potential in the blockchain technology and thus pursue a fairly soft policy in this area. Although not long ago the authorities admitted they were developing measures to control cryptocurrency ventures and reduce the risk of money laundering through digital currencies and financing of the international terrorism.

Lately, the news has revealed that soon a new safe harbor could appear on the world’s cryptocurrency horizon. According to the Reuters agency, the Philippine government intends to license 10 cryptocurrency platforms and blockchain companies permitting them to operate within the Cagayan Special Economic Zone.

Raul Lambino, Chief of the CEZA that manages the economic zone, stated that they would allow Initial Coin Offerings, mining and exchange operations.

“We are going to license 10 platforms for the exchange of cryptocurrencies. They are Japanese, Hong Kong, Malaysians, Koreans. They can go on developing cryptocurrency funds, Initial offers of coins or they can go in exchange. “

In addition, the Economic Zone regulator revealed they planned to open educational institutions on the hub territory to prepare professionals in the field of finance and blockchain technology.

To take advantage of the economic zone preferences, companies should invest at least $1 million over 2 years and pay license fees of $100,000.

The news about the future cryptocurrency incubator in the Philippines has received a positive response from the crypto community. Many well-known blockchain and fintech startups have Asian roots, so the possible emergence of a new Singapore or a Swiss Zug with a favorable infrastructure can become an impetus to even the more rapid development of the technology and accelerate its integration in various business areas.

Representatives of the financial technology company Noah Project, that builds an international blockchain ecosystem offering various services to cryptocurrency owners, also commented on the exciting news from the Philippines.

“The distributed ledger technology can be applied in many ways – to ensure fast and seamless payments, transparent and fair transactions, protection of assets and vulnerable confidential data. Virtual currencies being a form of the blockchain implementation, possess enormous potential especially in the areas of finance, banking and investment. It’s pleasure to see that the world becomes more friendly to digital money and gives new opportunities for creating and growing business powered by blockchain. Surely, this is only the beginning.”

The Noah Project team is also working to create a large-scale cryptocurrency infrastructure for everyone: business, traders, and customers.

The Noah Project encompasses several directions, including a modern payment system based on NoahCoin virtual currency, convenient Noah Ark crypto wallet, and the world’s first crypto city, where Noah token holders will have access, special privileges, discounts, cash backs and loyalty programs. According to Noah’s plan, the future City will become a paradise for all crypto enthusiasts – with shops, restaurants, hotels and even resorts.

In early 2018 the Noah Project successfully completed an ICO and now its coins are listed and traded HitBTC and Changelly cryptocurrency exchanges. The team is actively working on the company’s expansion and implementation of Noah’s products.

Everyone who wishes to become a part of the cryptocurrency future together with the Noah Project is welcome to join the growing community on Telegram, follow the project on Facebook and Twitter.