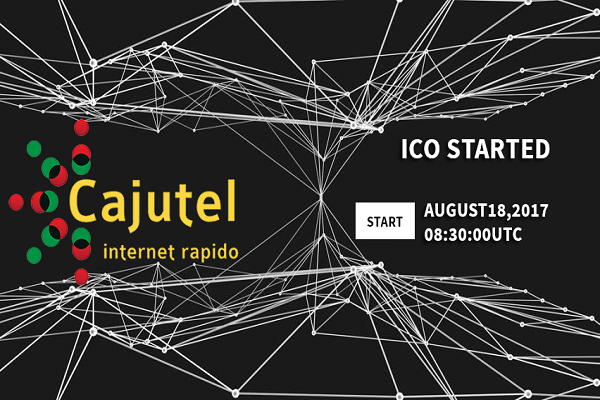 How ICO Concept is Revolutionizing the Investment Ecosystem

Events from China are taking a significant toll on the cryptocurrency market. This began with the ban on ICOs that involved citizens and residents in the Asian country.

Prior to this time, many companies have adopted the unregulated and decentralized system as a preferred means of crowdfunding over the traditional IPOs and other methods.

The world is experiencing a revolution

According to data by the CIA regarding the market value of publicly traded shares in the world, the US alone holds $25.1 trillion, followed by China with $7.3 trillion and then the European Union with $7.1 trillion. This data is only on securities and tokens are not merely securities. They are a store of value and could be anything from securities, commodities, currencies, and utilities to name a few – depending on the issuer.

Blockchain expert, Derin Cag explains that what the world is witnessing at the time of writing is comparable to the beginning of Dutch East India Company stocks (securities), California Gold Rush (commodities), the Great British Pound (currencies), and Invention of the Steam Engine (utilities) – all at once!

“This new phenomenon of tokens are going to add a tremendous amount of value to the world economy. Hence, accurately regulating them would be smart, and making them illegal could be harmful for the national wealth of decision-makers in the long run”, says Cag.

This explains why High speed Internet Company, Cajutel is adopting the use of tokens and ICO as a preferred crowdfunding method in its mission to revolutionize the telecom industry in Guinea-Bissau.

The two-way benefits of an ICO

Andreas Fink, CEO of Cajutel explains that his company embarks on an ICO in order to enable global participation by investors of all classes without restriction. He also notes that it is a process that would enable the company achieve its aim more efficiently as instead of relying on just a few venture capitalists and angel investors, an ICO opens up the opportunity on a global level.

Fink has been developing MacOS software since 1984, and Unix Software since A/UX 1.0 somewhere in the early 90ties. Today most of Fink’s work runs around mobile networks from GSM to 4G. He is also heavily involved in telecommunications in Iceland, Guinea-Bissau, Guinea and Switzerland.

An Initial Coin Offering (ICO) allows individuals to independently analyse the given project so as to determine whether or not it is born out of a reliable promise. This is the basis of Cajutel’s offer of delivering a “Real World Project” that is open to independent scrutiny by the public.

Fink explains that his company’s project is aimed at creating a big boost in the educational and economic ecosystem of the entire nation of Guinea-Bissau and its neighbours.

“Our vision is to build the most cost effective broadband access network and to provide state of the art communications for its customers and thus create a big boost to the education and economy. CAJUTEL will bring affordable, reliable internet communication to the local market and is focused to provide the best performing mobile data network for Guinea-Bissau and Guinea. CAJUTEL will be the fastest internet provider in the area for the public, outperforming the existing operators offering by a factor of 10x to 100x with an at least 30% cheaper price. This enables internet technologies not present in West Africa simply due to lack of bandwidth and too high prices. It makes it affordable for the general public to get access to the internet. That is why only less than 2% have access today. So there’s 98% available to be grabbed by us.”

A nation that is ready

Guinea-Bissau is a country that is ripe for technological and internet revolution. This is expressed by the friendly approach of its government towards new companies that are investing into various industries within its borders. The two existing telecom companies, MTN and Orange have enjoyed smooth operations and a warm relationship with both the government and the people of Guinea-Bissau. However, as explained by Fink, Cajutel is set to offer dedicated broadband services that will improve the internet service of the entire nation at a cheaper rate.

This is a phenomenon that Fink describes as “a complete national development”.

During the ICO, the company would exchange cryptocurrencies for its shares. This means that purchased tokens automatically translates into company shares and retains the values of the company over a long period of time.

This is different from what is popularly obtained within the crypto industry where tokens purchased during an ICO become independent entities in the crypto market that rely strictly on market forces to derive their values.

Cajutel tokens will be backed by the company and its value will reflect the growth of the company into its long term future. This opens up and opportunity for long term benefits for all classes of investors.

With the technological revolution that is overtaking the West African region and the friendly attitude of the various governments of nations within this region, there is a healthy competition among them and the coastal country of Guinea-Bissau appears set to stand up and be counted.