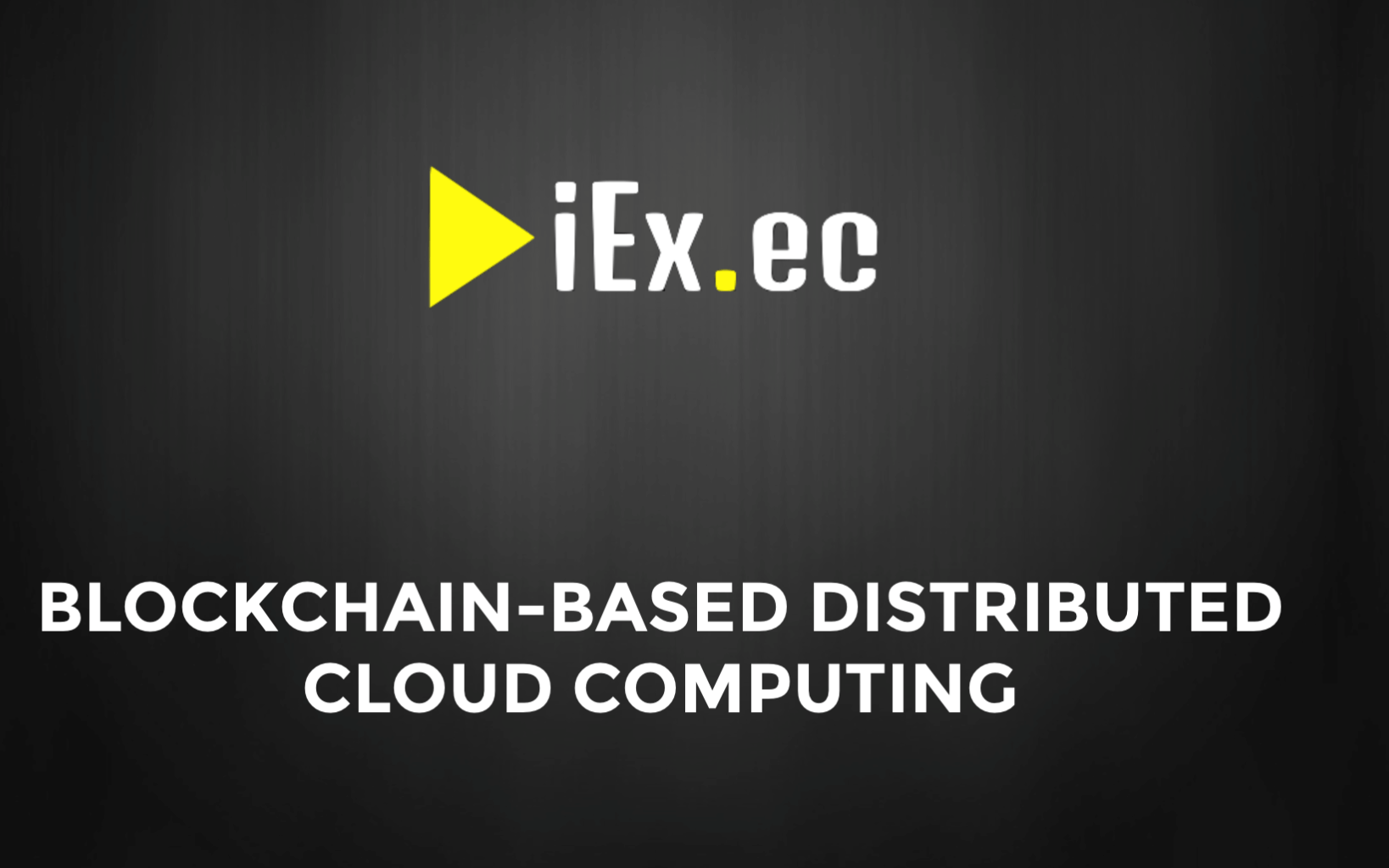 iEx.ec is developing its first Blockchain-based, fully distributed cloud computing platform to invent the internet of the future. It has already released the very first version of its whitepaper .

The details of iEx.ec’s vision, the market, and the development roadmap are completely outlined in the document. It also elaborates upon the upcoming crowdsale of iEx.ec’s tokens scheduled for January 17, 2017.

I Execute or iEx.ec is a French/Chinese company headquartered in Lyon, France with an office provided by Tsinghua University X-elerator. The platform was first introduced at the Ethereum Devcon2 conference held in Shanghai, China in September 2016. The team also successfully showcased a demo of the platform at the Super Computing Exhibition 2016 held in Salt Lake City, USA.

With the platform, iEx.ec aims to provide blockchain based distributed applications a scalable, secure and easy access to the computing resources required for their execution. It uses the blockchain to organize a market network where everyone can monetize their servers, applications, and data-sets.

iEx.ec leverages technologies being developed in the field of Distributed and Parallel computing, and relies on XtremWeb-HEP.

The iEx.ec team firmly believes in a future of decentralized infrastructure and market network, where Big Data, HPC, IoT, and AI applications, highly valued data-sets, and computing resources (storage, CPU, GPU etc.) will be monetized on the Blockchain with the highest level of transparency, resiliency, and security. iEx.ec will be the key platform powering this future.

Tags: bitcoiniEx.ecwhitepaper
Tweet123Share196ShareSend
Win up to $1,000,000 in One Spin at CryptoSlots