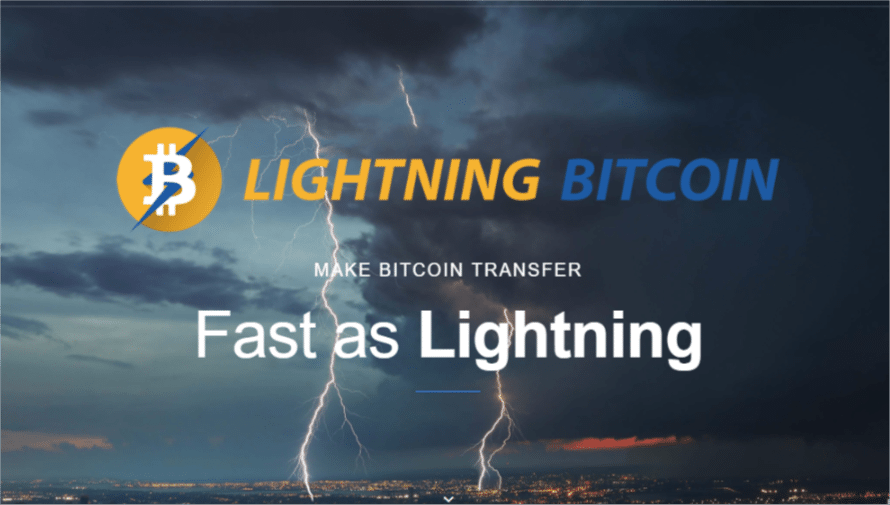 Bitcoin is no doubt the largest cryptocurrency of all times and can also be referred to as the progenitor of the whole cryptocurrency revolution. As more people adopt the cryptocurrency, the digital currency has exhibited cracks in its ecosystem, mainly due to the scalability issues. While the rapid growth of the community is one of the contributing factors, the major issues are said to lie with the Bitcoin Core development team and their inability to rapidly introduce scaling solutions. The conflicting views of the developers and mining community have further exacerbated the situation.

As the Bitcoin Core community struggle to score the necessary consensus to improve the protocol, various teams have decided to take the matter into their own hands to preserve the “legacy” of Bitcoin by creating improved hard forks of Bitcoin blockchain. Advancing in this sphere is Lightning Bitcoin, a Bitcoin hard fork by the Lightning Team. The Lightning Bitcoin, LBTC, in short, is forked at Block 499,999 of the Bitcoin blockchain and adopts a more efficient Delegated Proof of Stake (DPoS) consensus mechanism instead of the native Proof of Work (PoW) mechanism.

With the implementation of  DPOS, the platform includes the best of two strong cryptocurrency networks  — Bitcoin and EOS. The use of DPOS, not only increases the security but with 2MB block size, it also increases the speed of transactions and optimizes smart contract support. The DPOS consensus mechanism has already been successfully implemented with BitShares and EOS platforms which has further increased the confidence in LBTC’s capabilities.

While the POS consensus mechanism has been hailed by many for its various obvious advantages, including the low processing power requirements and cost-efficient minting solution, it has also shown a fair share of vulnerabilities including the susceptibility to attacks and the possibility of node desynchronization with malicious intent. The Delegated Proof of Stake mechanism implemented by LBTC overcomes most of these vulnerabilities, but still being a synchronous network module exhibited potential loopholes.

To overcome the issue, the LBTC developers have introduced DPoS consensus mechanism which can not only provide the benefits of a DPoS blockchain but also presents a Byzantine Fault Tolerant protocol which can eliminate the possibility of node dissynchronization due to UTXO. By doing so, LBTC is on its way to position itself as the best cryptocurrency blockchain for not just transactions, but also dApps development.

More information about Lightning Bitcoin is available at – http://lbtc.io