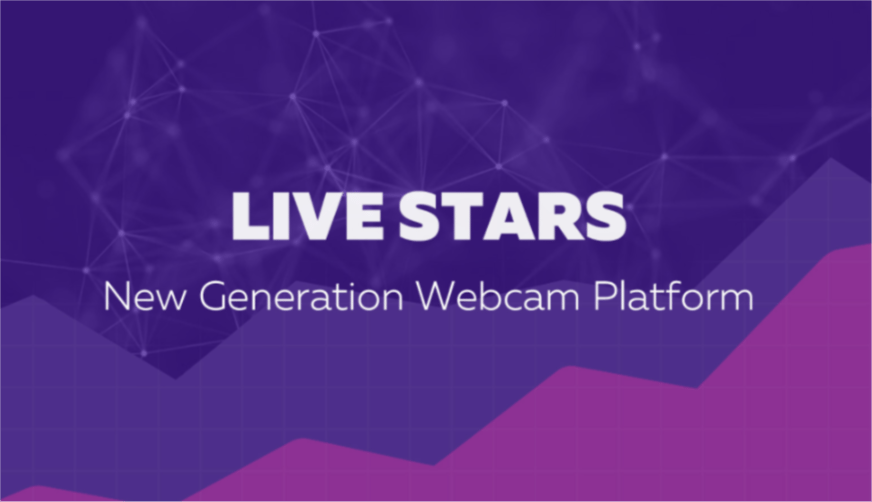 Why Does the Adult Entertainment Industry Need Blockchain?

Adult webcam sites offer terrible terms to their models but all of this is now set to change thanks to blockchain based live stars platform.

There is a whole segment of workers that have found work in the internet webcam business. These webcam models can have quite a significant income from the work that they do online. These websites usually have users sign up for them and then pitch them against each other to pay tips for webcam models to perform. Often times viewers of the websites have to purchase tokens to tip the models or to complete other actions on the platform and the website takes a percentage of that as a cut or a fee while passing the rest of it on to the model. While the webcam industry may have given an opportunity for entertainers to earn money safely and easily, it is also prone to many issues. The commissions that these websites take are extremely high. According to chaturbatemodelblog.com, “You get fifty percent (or more!) of all your broadcast earnings. And After they take their cut, twenty tokens are worth a dollar for you, so you will make a hundred dollars if you earn 2000 tokens. The more tokens you earn is the more money you get. There is no limit.”

At the moment performers are stifled with oppressive conditions which include meeting a payment threshold, having to pay a long intermediary chain which includes agents, managers and internal transaction platforms. For the users of existing platforms, there are problems like possible identity theft, leakage of credit card information etc. Live Stars, a webcam platform that utilizes blockchain is attempting to change the rules of the webcam industry.

The first ever blockchain based webcam platform is already ready with an Alpha in place. Live Stars provides complete privacy thanks to blockchain technology. There is no need for users to purchase website specific coupons as the whole process has been made more transparent due to tokenization. This leads to the complete elimination of the need to share credit card details and other sensitive information. What is more, since this token would be purchased and sold on exchanges, it can be redeemed for fiat or other cryptocurrencies at any time. Most webcam entertainment websites do not refund money once they have sold their internal currency to a user.  Blockchain is also utilized for the purposes of data storage and transfer, so that maximum security can be guaranteed. The entertainers will benefit from this system as they will have no need to wait to convert website currencies into real money. Live Star’s tokens called ‘LIVE’ would be encashable at exchanges whenever they wish.

Live Stars is conducting a token sale that will end on Valentine’s Day on February 14, 2018.  LIVE tokens will be sold to the investors during this crowdsale with up to 70 percent of the tokens up for grabs. LIVE tokens are an ERC-20 Utility token based on the Ethereum blockchain. Investors can participate by visiting Live Stars website for more details. A White Paper has been released that lists all the technical details about the project as well as the future roadmap that the project will take. The LIVE token would be listed on major exchanges post the crowdsale. Models would be able to start monetizing their services after the beta version of the project goes live.

Blockchain to be a saviour of lives

Blockchain technology has been applied in many areas of our life but the adult industry has been bereft of the benefits like immutability and transparency that it provides. Models on webcam sites face real-world dangers even though they operate in cyberspace. Some models have been victims of blackmail, others have been trolled mercilessly. The New York Times published the story of Lacy a model whose identity was exposed by a client, “A particularly heavy tipper started making demands about what outfits she should wear. He became threatening. Afraid of losing his tips, she initially acceded to his demands, but then stopped. Soon after, her real identity started showing up around the Internet, tied to her cam name and her real address. She went to the police, but was told there was nothing that could be done; putting real information on the Internet is not illegal.” The promise of storage security and data encryption, coupled with the elimination of most intermediaries will create a safer working environment that will attract more talent to the webcam scene. It will also bring more equity to an industry that is known for discriminating against male models. Overall the benefits that blockchain is extending to this segment of adult entertainment can’t be described less than life-saving.