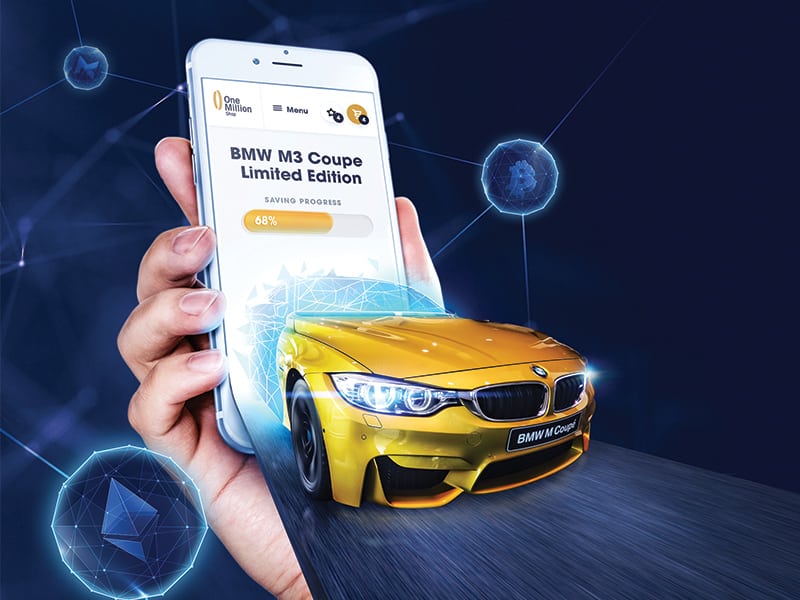 There is something to be said about the usefulness of Blockchain in retail. Not only can cryptocurrencies that are run on blockchain technology help in the digitalization of payments, the blockchain itself can lead to smoother operations in retail. A report by Deloitte claims, “Blockchain has the potential to transform the way that individuals and organizations interact, the way that businesses collaborate with each other, the transparency of processes and data, and, ultimately, the productivity and sustainability of our economy.” Talking about the retail sector specifically they say, “As the technology evolves and new use-cases emerge, the retail and consumer packaged goods industries are well placed to take advantage of the opportunities that blockchain affords.”

Indeed targeting the retail segment and creating transactional ease may be the turning point which could fuel the use of cryptocurrencies. Now a project called MillionCoin is aiming to create an inclusive ecosystem which would comprise of a retail platform, a cryptocurrency trading tool, as well as a full support system, made up of accounting, counseling and legal services. The ecosystem would allow for the smooth and harmonious use of cryptocurrency and fiat money to conduct transactions for purchases as well as payments and eliminate the need for wallet-to-wallet transfers that make cryptocurrency transactions expensive as of now.

The MillionCoin project is taking the crowdfunding route by holding an initial coin offering (ICO). What sets the MillionCoin ICO apart from others is the fact they have decided to hold a staged ICO, where the value of the ICO token (MON) depends on the developments and achievements of the project as well as the products that they will sell.  The presale stage of the project is already in progress and is set to end on August 17, 2018, or when the target of 1000 ETH is reached. The ICO schedule is given below:

OneMillionShop to foster crypto use

In order for cryptocurrencies to gather mainstream momentum, it is essential that they are used to purchase things of daily use by average people who till now remain non-users. MillionCoin has started a platform for this very purpose and it is called OneMillionShop (OMS). On this platform, authorized companies can sell their goods for cryptocurrencies, while businesses can if they so choose to pay out their profits in fiat. The crypto to fiat exchange mechanism would be facilitated by MillionCoin exchange office. OMS will be released by the second quarter of 2018. Testing for the retail platforms has been carried out extensively for a period of over a year. During the testing sale of luxury goods and small real estate were conducted. OMS has also tied up with service providers and producers in Poland, Germany, Great Britain, The Netherlands, Czech Republic, Austria, Switzerland, and Norway.

While retail is just one part of the project, boosting the use and encouraging understanding and proper management of cryptocurrency assets is another. To that end, MillionCoin has introduced the Automated Trading Systems Bot (AT. Systems Bot). This tool is available free of cost to the users of the ecosystem if they hold more than 500 MON tokens in their portfolio. With the Bot, users can configure their own approach to trade cryptocurrencies or they can use expert created settings to trade as well. Security of the trading bot has been designed by experts and it has already been operating for 2 years in cooperation with major exchanges like Poloniex, Binance, Bitbay.

Perhaps one of the most supportive features of the entire MillionCoin project are the ancillary services that they provide users like accounting and billion. They have also made arrangements for regulation analysis and counseling so that users can gain more confidence while using cryptocurrencies. The strength of the project is its inclusive approach. While the shopping platform will reduce the friction that is currently present in using cryptocurrencies as a means of payment, the bot would make it easier to profit from holding cryptocurrencies and the MON token would act as a binder to the whole project bring together experts, customers, and experts.