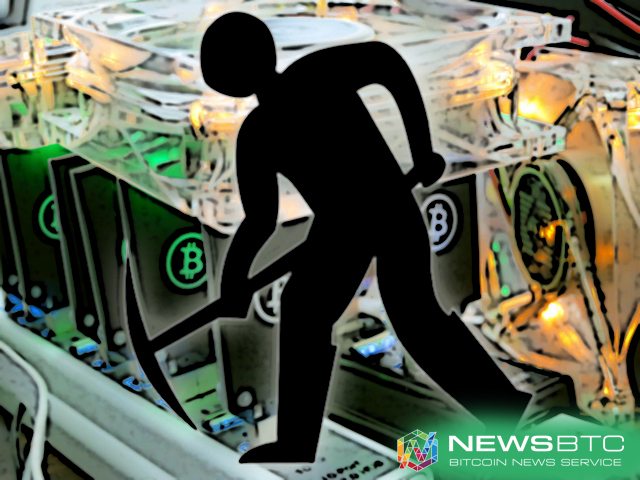 From Mining to Investing in Cryptocurrency

Mining is the process by which transactions of crypto currencies are secured. For this purpose, the miners carry out mathematical computations for the network with their computer equipment. As a reward for their services, they collect the newly created coins, as well as the fees associated with the transactions they confirm. In this sense, miners are competing and their incomes are proportional to the computing power they deploy.

To better grasp the concept of mining, Andreas Antonopoulos, one of the most well-known and well-respected figures in the Bitcoin community, explains that “a good way to describe mining is like a giant competitive game of sudoku that resets every time someone finds a solution and whose difficulty automatically adjusts so that it takes approximately 10 minutes to find a solution. Imagine a giant sudoku puzzle, several thousand rows, and columns in size. If I show you a completed puzzle you can verify it quite quickly. However, if the puzzle has a few squares filled and the rest is empty, it takes a lot of work to solve! The difficulty of the sudoku can be adjusted by changing its size (more or fewer rows and columns), but it can still be verified quite easily even if it is very large.”

In the beginning, mining with a processor (CPU) was the only way to mine bitcoins. Graphics cards (GPUs) eventually replaced CPUs due to their nature which allowed an increase of 50x to 100x in computing power, by using less power per megahash compared to a CPU.

The Bitcoin mining world is now dominated by Application Specific Integrated Circuit (ASIC). An ASIC is a chip designed specifically to accomplish a single task. Unlike FPGAs, an ASIC cannot be programmed to perform other tasks. An ASIC designed to mine bitcoins can and will not do anything else than mining bitcoins.

The rigidity of an ASIC allows it to offer an increase in computing power of 100x while reducing power consumption compared to all other technologies by a factor of 7. Unlike the generations of technologies that preceded the ASIC, this last innovation is dubbed the “end of the line”, as there is nothing to replace ASICs today or soon.

Then came along Ethereum, a cryptocurrency that can be mined like Bitcoin – with an important difference.  The Ethereum network was built to be resistant to ASIC hardware, making mining Ether with graphics cards viable. Ethereum is enjoying a Bitcoin-esque bubble of mammoth proportions right now, with the price of Ethereum skyrocketing.

This led to a shortage of graphic cards. Miners worldwide bought those Nvidia and Radeon cards that are best suited for mining – selling them out quickly. This is not the first time that graphics cards enjoyed a meteoric rise in price due to cryptocurrency. Bitcoin took GPU prices for a ride back in late 2013.

Mining has nowadays become an activity that with an appetite for resources so enormous that it is bolstering the creativity of investors in this field, to always strive for the optimal solution. It is in this context that the concept of “cloud mining” was born. This means that the investor does not buy a physical mining rig, but rather rents computing power from a different company and gets paid according to how much power was bought. By doing so, investors get rid of the hassle of buying expensive equipment, storing it, cooling it, and maintaining it.

This industrialization of mining has led companies to seek out the lowest resource costs possible. While many areas of the globe offer competitive costs and infrastructure, polar areas offer unique mining conditions. Such was the idea of KnC Miner that announced the installation of computing power by the Arctic circle. This initiative, unfortunately, didn’t get enough time to reveal its true potential, as the company filed bankruptcy in 2016.

Less in the north, in China, people have been puzzled by the fast growth of crypto-mining farms. Investors appeared on the scene with the wacky idea to mine Bitcoin using hydropower, thus benefiting from free water infinitely more profitable.

These innovative solutions have been of varying success. However, for the most profitable ones, it is still difficult to replicate and scale them up, as they require specific and unique geographic properties.

Is It Still Profitable?

The early days of Bitcoin mining are often described as a gold rush, but is it still the case in 2017?

Mining has grown from a handful of early enthusiasts into a specialized industrial-level venture. The easy money was scooped out a long time ago and what remains is buried under the cryptographic equivalent of tons of hard rock.

While mining is still technically possible for anyone, those with underpowered setups will find more money is spent on electricity than is generated by mining. In other words, mining won’t be profitable at a small scale unless you have access to free or really cheap electricity.

The good news is that mining is not limited to Bitcoin. New coins come up all the time with difficulties of mining that are vastly different from Bitcoin’s. Today, Ethereum is such a currency. When tomorrow Ethereum’s difficulty will make it less lucrative for mining, or when it’s moving to a different model altogether, other coins will be there that offer better returns.

If you want to go into mining yourself, the time you will spend educating yourself about the technology, the hardware, and the currencies, is significant. The setup costs for buying hardware are also considered when you want to mine at scale.