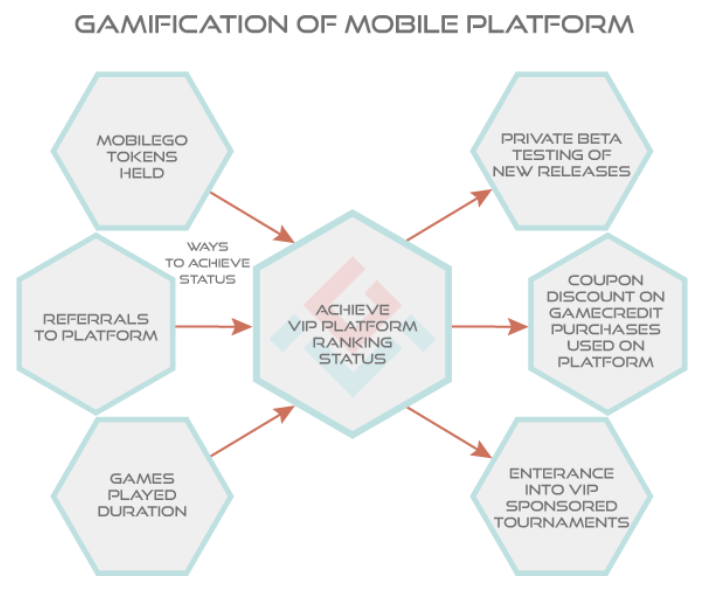 Gamecredits has worked with gaming industry leaders, Datcroft LTD., for two years for the development of the first crypto mobile gaming store.

MobileGo tokens are the smart contract tokens that will be used to gamify the mobile platform. They will also be used to incentivize gamers for loyalty and participation through rewards.

Gamers will have a profile in the store and will have the chance to earn benefits such as purchase discounts and free sponsored tournament entries. Rewards will be earned through profile status, which will be achieved with, among other things, MobileGo token ownership.

There will also be a decentralized virtual market-place where players can trade virtual items and in-game content. Gamecredits cryptocurrency (GAME) will remain the core coin used for all game and in-game content purchases. GAME is also the centerpiece of the new Gamecredits payment gateway released to the gaming industry.

The Gamecredits Mobile Store currently has over 300 games which are planned to be expanded to 1000s in 2017.

Moreover, MobileGo also promises to make payouts much quicker than the 60 days period that is standard as of now.

MobileGo is to launch its official crowdsale for MobileGo tokens in mid-April and it will run for one month. It will help fund marketing and branding of the Gamecredits’ Mobile Store and the development of smart contract technology within the platform using the Ethereum blockchain. More details can be found at www.mobilego.io.