The NEWS Utility Token – Addressing $100B Of Ecosystem GDP 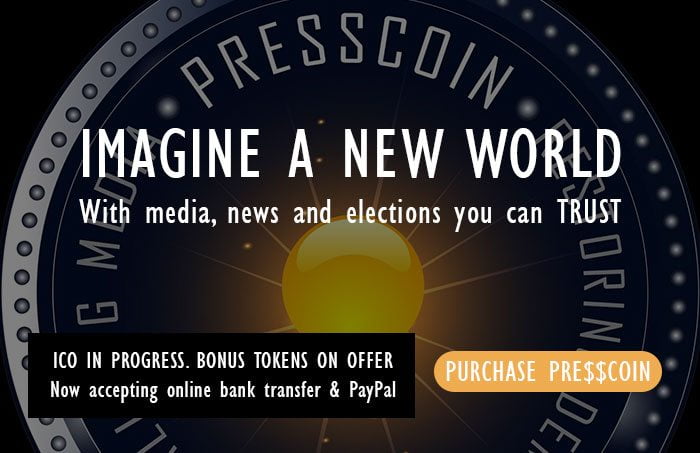 PressCoin is a special ICO. In order to get your hands around the size of this business opportunity, one has to take a step back.

This article explains how the PressCoin tokens will grow over the next five years to service a $100B+ economy, and how to think about the size of the market opportunity that this presents.

The role of the rise of Facebook and Google in the downfall of journalism, nd the weakening of democracies around the world is now well understood. In March 2016 Emily Bell, Director at the Tow Center for Digital Journalism at Columbia Journalism School delivered a speech with the title, “The End of the News as We Know It: How Facebook Swallowed Journalism”.

Emily’s words rang clear and were widely reported. In the 20 months since her verdict on the fate of journalism was delivered, her idea has dug in.

The news media economy, a vital instrument in the flow of unbiased and useful information about our world, has become completely dependent on Facebook and Google for its survival. And the industry appears to be helpless to respond. In the 2016 Presidential election shameless propaganda peddled by script kiddies in Macedonia took center stage.

The two giant platform companies, Facebook and Google, supply the vast bulk of internet traffic to news sites, even as they take the lion’s share of the revenue from content they are simple linking to.

This new normal  is not just destroying the news industry, it is also cannibalising the advertising industry. Nearly 30% of the global ad industry (~$560B) is now digital (at about $170B) and around 60% of this is now controlled by Facebook and Google through fully automated online marketplaces. What’s more, nearly all the growth in the digital ad market (the remaining 70% and growing), is moving entirely into Facebook/Google.

In summary the news media industry has been hemorrhaging for two decades, and there are no scalable solutions in sight. And it is as a result, ripe for disruption.

Sadly the depth of the crisis has also stalled innovation.

A wave of VC funded media startups between 2012-2015 showed some promise, but now even these are struggling to thrive, Buzzfeed, Vox and Vice have stalled in their growth trajectory. The industry has shown itself both unable to figure out new business models, and unable to unite to face down the Facebook/Google duopoly.

On the other hand, at least everyone now knows that this is an incredibly important problem. And being a very large market, a successful strategy here is an obvious place for a very disruptive and high risk/reward ratio solution to thrive.

“The value of PressCoin isn’t a single platform or revenue stream. PressCoin is a protocol, shared infrastructure and services, reference implementations, and an open developer ecosystem coupled with a startup accelerator program.

PressCoin as the Crypto-Economy for News

What is the new PressCoin economy?

At its heart, PressCoin will be a set of platforms, partners, plumbing, and business functions which will service all actors in a new digital news media eco-system.

PressCoin’s platforms will also have deeply embedded markets to enable the principle actors – publishers –  to work and collaborate with each other and take on the platforms together.

To fix today’s broken world – not just the broken news industry – but the broken democratic institutions that have been be failed by the world’s news publishers. Publishers, in turn, will be drawn into participating in the PressCoin economy in three ways:

And using PressCoin’s NEWS tokens as the glue to bind them together, inside the PressCoin eco-system publishers will be able to trade in their lifeblood – content, advertising and web traffic. 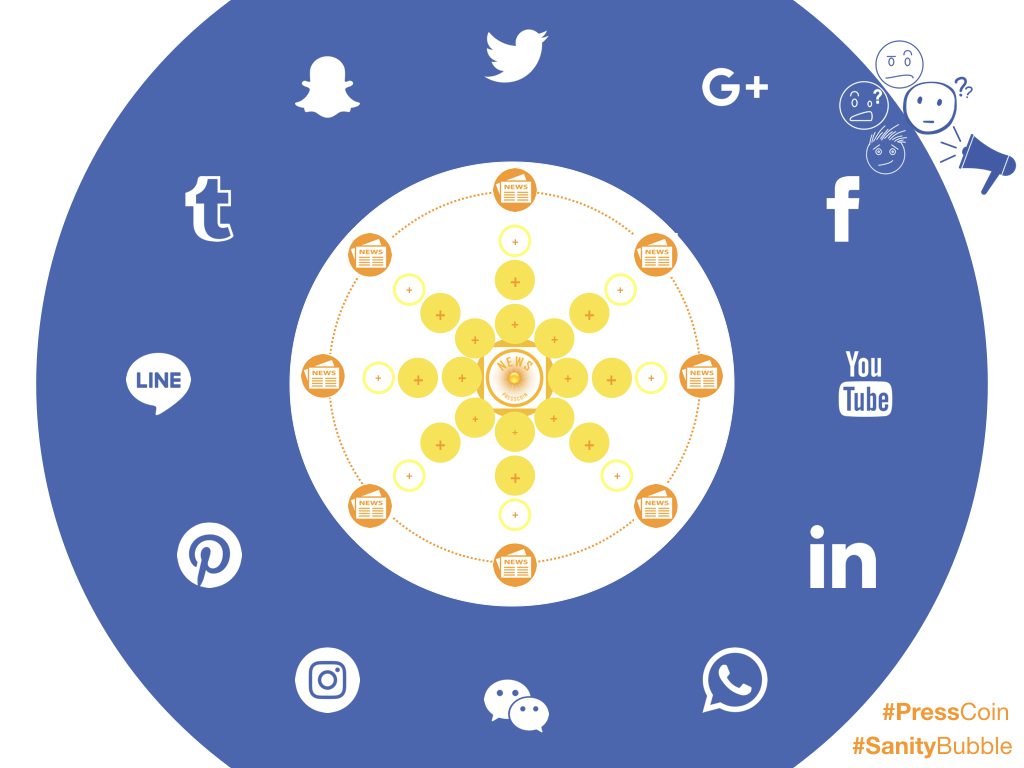 NEWS Utility and the GDP of the News Economy

This is where the Utility of the NEWS token comes into its own as a disruptive agent for change.

As its use grows – initially to reunite a divided and beleaguered industry –  the demand for the currency will build organic liquidity – bringing wealth back to publishing companies and enabling them to invest in and improve the quality of their content.

Over the past decade, the platform giants have made digital advertising a borderless, global market.

This will accelerate PressCoin’s growth as PressCoin will compete on the same basis – first at the edges, working with early adopters – most likely independent publishers, bloggers and niche news organisations.

And as the GDP of the new PressCoin based economy grows larger publishers will come on board as they realise they have to upgrade their legacy publishing technology or die.

And as the economy grows the value of NEWS itself will become an indicator of the health of the business within it. If the amount of business going on is high, the GDP will grow, if not it will be low.

Governments often seek to inject liquidity into markets by way of printing money.

The ICO process follows the same principle, stimulating economic activity within the ecosystem by providing a means for industry players to transact with each other and collectively grow their wealth.

The size of the news media, global advertising, and related ecosystems economy is estimated to be anywhere between $650 to $1T in size, depending on how many related (adjacent or vendor) industries one counts.

The goal of PressCoin is to take 5% of this market over the next 5 years – addressing $30B to $50B in opportunity.

And each dollar of revenue, when it moves through an economy composed of interrelated members, has a follow-on economic effect of creating more transactions as the money changes hands in the exchange for new goods/services.

This is measured as the velocity of money, and tends to be higher in more active economies. The sum total of all this transactional activity forms the basis of the utility of the PressCoin cryptocurrency.

In this way PressCoin plans to create high levels of organic, utility-based demand and consequent liquidity in PressCoin token markets. PressCoin’s initial listing on the CointypeX exchange will take place within days of the close of its ICO, once all investor tokens have been distributed.