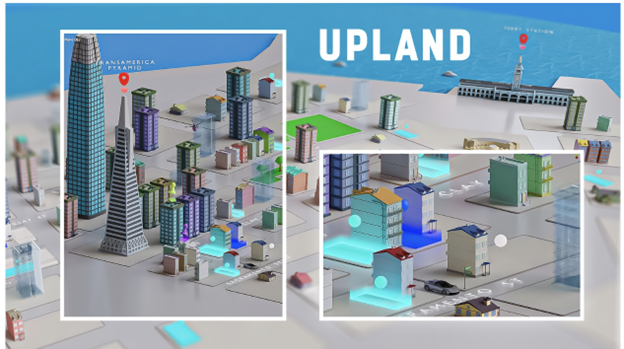 Online communities that develop organically are the holy-grail of Web3 projects. Not only are they an indication of the strength of a virtual platform, but represent a cornerstone in the formation of social and economic immersion. While the web3 metaverse industry still relies heavily on token-incentives for user interaction, Upland is emerging as a unique platform where players form communities in a specific (virtual) geographic location.

This trend has been discussed theoretically by crypto’s modern-day political philosophers. In his 2022 groundbreaking book The Network State, Balaji Srinivasan describes the initial stages of Startup Societies as “online communities with aspirations of something greater”, and Network Unions as “groups capable of collective action with a purpose, coordinating its members for their mutual benefit”. It seems that some of the ‘nodes’ in the Upland metaverse may already fulfill this prerequisite.

Upland is an open web3 metaverse platform mapped to the real world. The company’s mission is to “build the most dynamic maker-communities through a strong entrepreneur economy that allows players, creators, developers, and brands to manufacture goods and experiences, monetize assets, and provide utility and fun to other players.” Headquartered in Silicon Valley with hubs in Las Vegas, Ukraine, and Brazil, Upland was named among Fast Company’s “Next Big Things in Tech” in 2021 and one of “22 San Francisco Startups To Watch in 2022” by Built In SF. Like monopoly coming to life, Upland makes the familiar and relatable into virtual.

The Upland Community Directory shows how these initiatives manifest. One can see that UCN Broadcasters–players who create content–have initiated communities, with the Holliswood node in Queens, NY being one such example. Raddishhead, operating the popular YouTube channel Upland Analysis, has been working with channel followers to build the neighborhood in Queens and make it their own. Now about 30% built, as a community, they have pulled their spark (building resources) and UPX to develop the node and incentivise building participation.

Interestingly, players from specific nationalities have created “expat” communities in the Upland metaverse. Whether it’s the Canadian Uplanders’ Group node in Maple Park, Kansas City, Japan Town in Bucktown Chicago, or the Israel “Kibbutz” in Granada Hills, LA. Upland players enthusiastically connect with their real life fellow-nationals in the virtual world. Take Fresh Meadows, Queens as an example. Led by Brazilian influencers Lucas Mucida (Upland Player of the Year), Bruno Clash, P2ECrew, Heitor Miguel and Rai Cripto, and together with Brazilian brand partners Flex Interativa and BeFly, over 50 players joined to buy properties in what is now known as “Little Brazil”. With over 300 properties minted in a “minting party,” players worked out the strategy, timing, and tried to bring a real sense of community to the process. In their Discord channel discussions, the node is already making future plans for Brazilian flags as outdoor decor and building a manufacturing plant and a showroom. They are working with their brand partners to host a Little Brazil Music Festival in the neighborhood, similar to the Brazilian Day that happens in real life in New York. 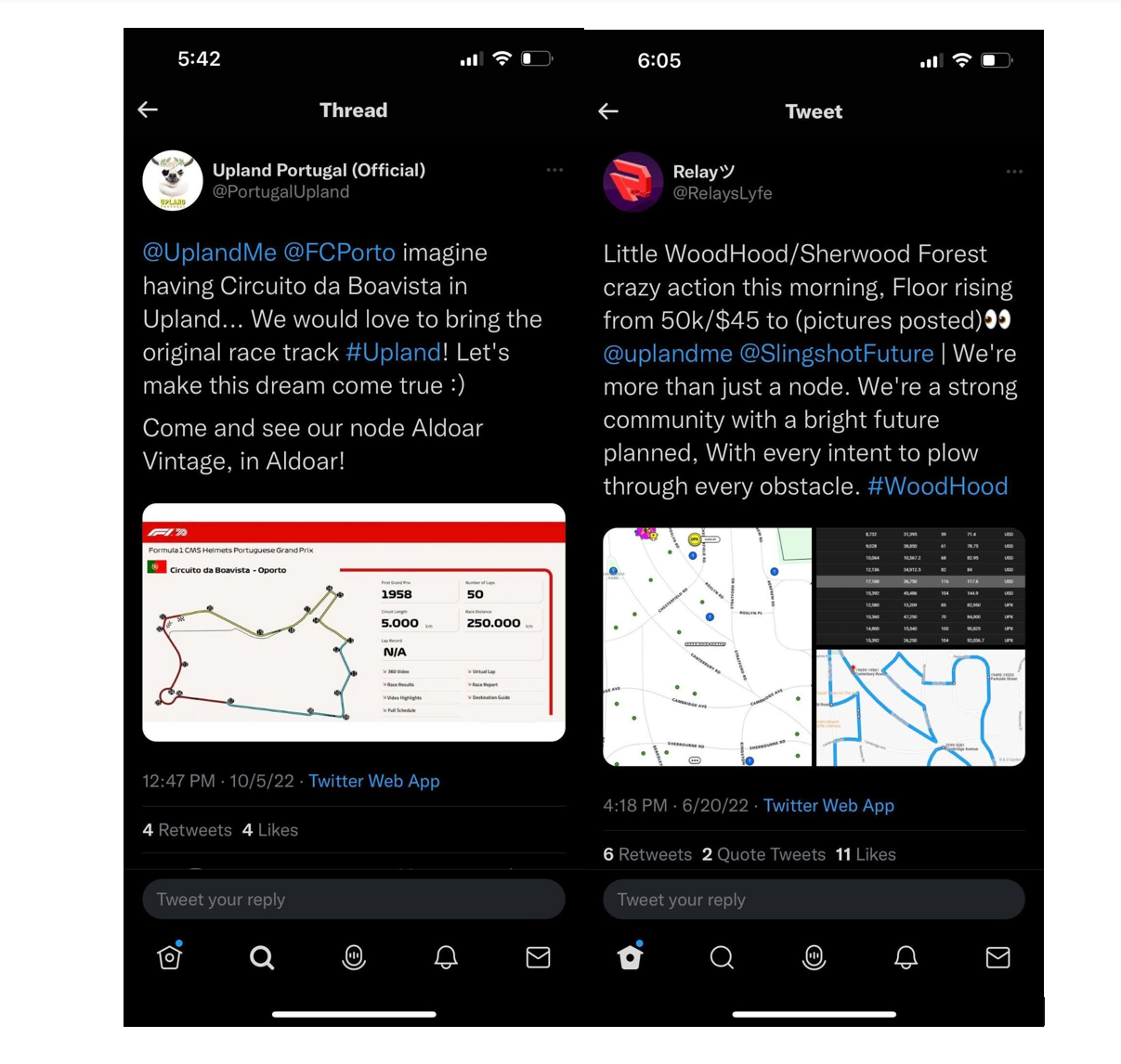 Some communities are forming around specific interests, rather than geographies. The Upland Racing League (URL) is a community built around cars and racing in Upland. The founders DAK & MASSCHEF organized seasons of racing throughout Upland with Race Commissioners – players who are putting together Teams; Planners – players who are designing the different racetracks; and Drivers who race. The 700 Discord members, the community is building tracks, manufacturing outdoor decor for the tracks, and collectively decides on rules. Developing this further as a Layer2 overlay of Upland, the URL is building a 3rd party racing in Unity as a skill-based race.

Other nodes are organically joining forces with this initiative. Boystown node in Chicago for example, is louding the development of their neighborhood’s Circuit Race Track “sanctioned by URL”. This is a good example of Balaji Srinivasan’s description of Web3 community vs Web2 communities. Balaji’s notion being that in web3 “we are all in this together” while web2 games are a one-way player interaction with project operators. Facilitating the Web3 approach, Upland’s roadmap is indicative of a strategy of building tools for players to develop prosperous communities and economies on their own, like the URL. 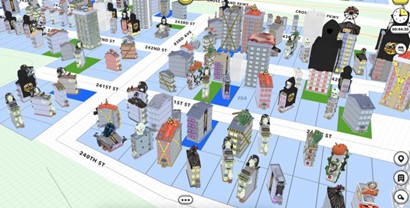 Many of the Upland nodes also develop independent initiatives and Governance. An example of one such community is Portage Park. Winners of the 2021 Halloween decoration challenge, the node takes pride in their community activities. Russellenvy, the newly elected first mayor of the Portage Park node in Upland’s Chicago described some of the community plans they are pursuing: “We are attracting more Metaventures to Portage Park; Block explorer shops, NFLPA legit shops, outdoor decor and more. We also look forward to dev shops and expanding into layer two applications”. Describing the Governance mechanism the community has created, the Mayor said they have “Formed a Council that is made up of three elected individuals (DongDingBat, CrownHandler, Outsomniac), four moderators (CityRunner, COOP, MRFR, Hanzilla206) and the Mayor. Any member of the Portage Park community can suggest an idea for a contest/giveaway. The council then gathers and discusses which ideas they would like to pursue further.” The Council, he mentioned, communicates directly with the individuals about the proposal and picks which to present to the community. Initiatives aim to better the community, build more structures or help bring in new players. A great example of this process is the Portage Park Building Guidelines. The community decided to limit the structure color scheme to while and red, but to make everyone happy, guidelines were amended to allow a different accent or details color. While property prices naturally rose with the popularity of the node, OG players sell to new ones below market value to maintain accessibility and incentivize community growth.  “It’s truly a great community.” Russellenvy said with pride.