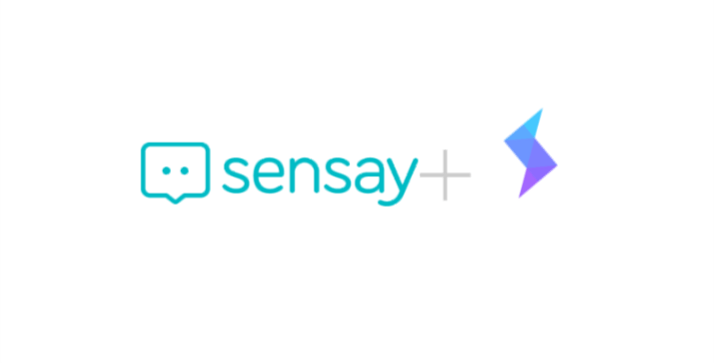 Sensay, a Los Angeles-based tech company that specializes in AI, chatbots and conversation analysis has launched a sale of its new Ethereum-based application token, SENSE with a presale date scheduled on September 9, 2017, and a sale date scheduled for September 27, 2017. SENSE tokens will enable users to earn rewards for the contributions they make to one another conversationally, across Sensay and other applications.

Sensay is an interoperable messaging platform across Facebook Messenger, WeChat, Slack, Kik, Skype, SMS, iMessage and Telegram for matching and routing humans for conversation. The Sensay network has over 20 million Sensay Coins already in circulation among nearly 3 million users, radically increasing digital currency adoption. Taking a bold step toward data openness, Sensay recently announced its newest feature in Peek, allowing anyone to view anonymous conversations on the platform as well as a SENSE bot to simplify the sale process.

Selling the SENSE tokens will enable Sensay to advance product development and to speed the rate of innovation in bridging AI and human conversational data. By widely distributing its SENSE tokens to a global group of participants, Sensay expects to align interests with its users by rewarding them with a coin with immediate value while accelerating developer adoption and network growth.

“We’ve created outstanding networks of humans within Sensay. We are generating unprecedented levels of human conversational data for the developer community, while also providing the possibility of active or passive income to purpose-driven conversations that are already happening within our network”, said Crystal Rose,

said Crystal Rose, co-founder and CEO of Sensay. “SENSE is now the missing bridge in monetization.”

“SENSE is now the missing bridge in monetization.”

Sensay is a Los Angeles-based tech company that specializes in AI, chatbots, conversation analysis and messaging. The free platform is available across popular mobile messengers on all operating systems. For more information please visit: http://sensay.it

The Sensay and SENSE logos and brand assets are available at http://sense.presskithero.com

Tags: AIblockchainhuman intelligencesensaySENSE
Tweet123Share196ShareSend
Win up to $1,000,000 in One Spin at CryptoSlots