SilentNotary for Real Estate and Other Legal Documentation Needs 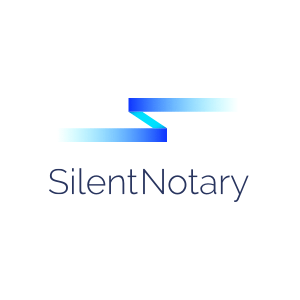 Technology developments in the recent days have made data falsification and misinterpretation an easy act. To foster change in the world and encourage timesaving and swift decision-making, SilentNotary has the perfect solution. The sophisticated digital notary allows users to record and save documents as legal documents, using blockchain technology.

SilentNotary lets users review recorded files through technological devices such as a smartphone. Users can access files stored in a card catalog at any time and share them with multiple users. SilentNotary is a legally authorized notary and information stored on it is admissible in legal proceedings. The decentralized blockchain service is set to revolutionize the legal process with its application.

SilentNotary is a simple and easy-to-use mathematical algorithm. All information is stored in multiple computers with permanent confirmation of authenticity. The system uses messengers that run on familiar chatbot. For example, the FB messenger, which is a widely used chatbot.

Why is the SilentNotary doing an ICO?

ICOs are the latest way for digital companies to raise funds for growth and expansion. SilentNotary’s motivation to float an ICO is to ensure the tokens reach potential investors in the system. In addition, the company plans to raise funds for its primary project, the notary system.  The tokens bought using Ethereum notarize data in the blockchain.

One of the major applications of SilentNotary lies in the real estate market. The platform, through the use of smart contracts to create legal documentation is poised to benefit from the government initiatives in various countries to store land records on the blockchain. In the past few months, the Government in Dubai, UAE and the state administration of Telangana, India have announced their intention to do the same.

Countless companies require the services offered by SilentNotary. As it stands, its daily market capacity reach is 2.3 billion users, affirming how invaluable it is.  Therefore, there is room for more companies to join the blockchain bandwagon.

The blockchain is safe and secure with access possible from anywhere in the world. Technology is slowly changing the way we view and handle things. Cryptocurrencies now have ATMs, and with SilentNotary storming the legal world, other sectors may be ready for the change.