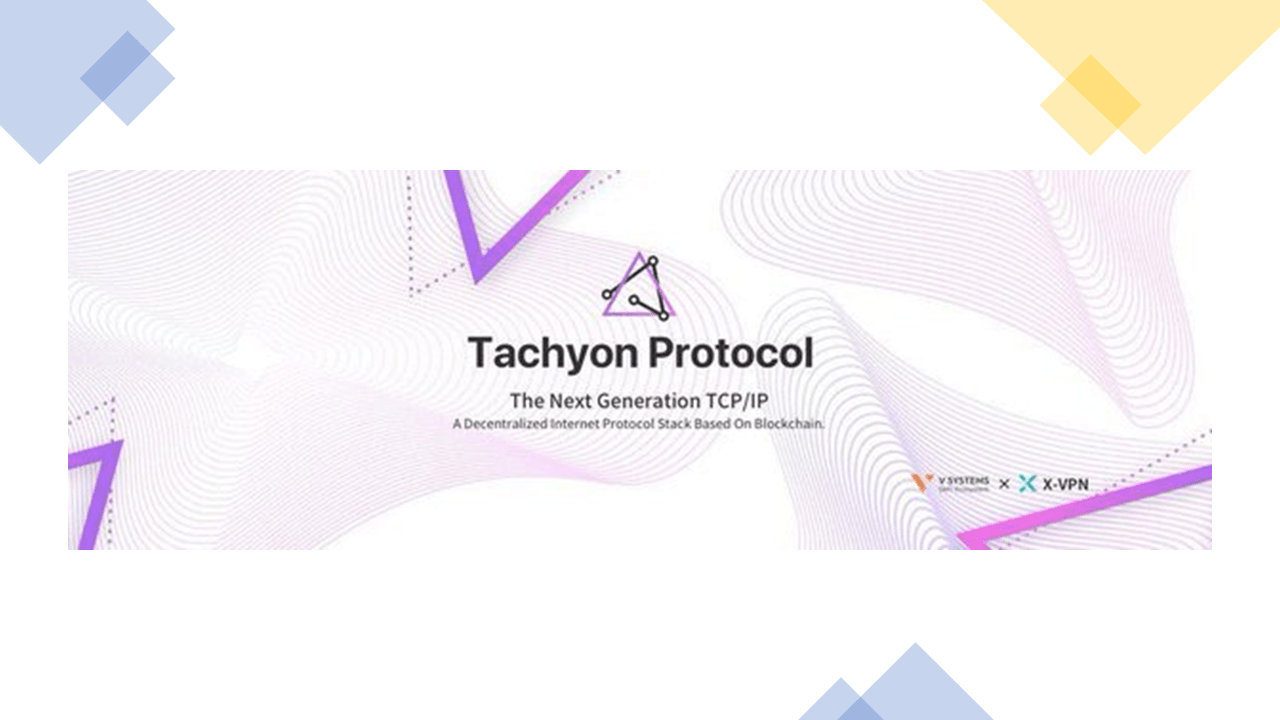 Tachyon, the V SYSTEMS blockchain-based decentralized internet protocol fueled by its native IPX token is in the process of creating a fast, reliable and transparent information network for next-generation connectivity solutions. With the innovative implementation of the technology, Tachyon is addressing the ever-increasing need for security and privacy among internet users as the number of security breaches and hacking incidents continue to be at their all-time high.

At present, netizens rely on traditional Internet Service Providers (ISPs) and commercially available VPN solutions to maintain privacy. However, given that most of these services are highly centralized, and not so transparent, there is no way of telling what extent they are really protected from vested interests of governments, enterprises and cybercriminals. In order to overcome these uncertainties, it is necessary to have a solution where there is no concentration of power or information. Also, the increased levels of transparency with respect to the flow and storage of information will also ensure that internet users are aware of what they are dealing with and how their online activities are going to affect them, or not.

Tachyon Protocol is designed to support the decentralization of internet by creating a secure layer for added privacy and security. It uses the underlying technology of X-VPN in combination with V SYSTEMS blockchain to overcome the shortcomings of existing TCP/IP based internet communication. The protocol is an interwoven solution consisting of proven P2P technologies like DHT, Blockchain, UDP and encryption for high security, intractability, availability and maximum network speeds capable of supporting infrastructure required to run a range of applications.

The Tachyon Protocol, with its Booster UDP is anywhere between 2 to 10 times faster than conventional TCP/IP and maintains a high network efficiency with a connection rate of 90% on weak network and a 99% stability in complex network environment. It also uses ECDHE-ECDSA asymmetric encryption protocol which provides higher security levels by securing information with additional random data and blockchain entries. The security and anonymity of connections are also enhanced with the use of Tachyon Anti-analysis solution that communicates requests over 5000+ distributed nodes using multi-path routing.

Some of the efficiency and security deficiencies of the conventional internet systems addressed by Tachyon Protocol includes:

Tachyon Protocol is redefining online privacy with its blockchain-based solution that is built on top of X-VPN platform – one of the leading VPN services with over 50 million users across the world. Like any other blockchain-backed service, Tachyon Protocol is driven by its native cryptocurrency, the IPX token. Created on the V SYSTEMS blockchain, the IPX token contributes towards decentralization as well as monetization of the network by encouraging users to spare bandwidth, aiding the expansion and organization of the Tachyon Network and a proxy to valuation of the overall system. The IPX tokens are essential to verify users, authenticate connections and route requests through the Tachyon Protocol over the internet. It is also a tradable asset, that is already listed on Bithumb. 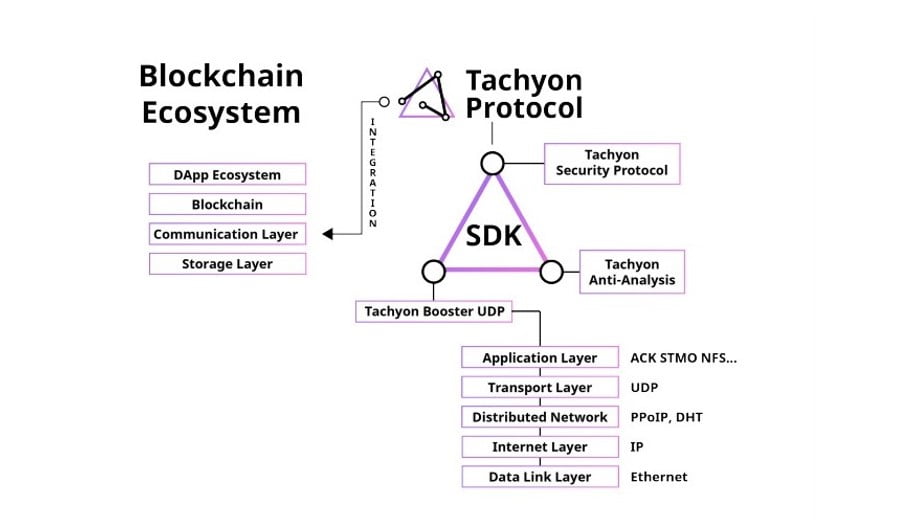 The use of IPX tokens not only helps operate the smart contracts governing the connection rules, but also contributes to additional privacy and security of everyone connected to the Tachyon Network. The end-to-end decentralization achieved by Tachyon is a very good example of next-generation VPNs that not only protects its users but also improves the connectivity as compared to its older, conventional counterparts. It creates a bulletproof solution to prevent network sniffing and MITM attacks by simulating different communications protocols while transferring data packets.

Still under development, the Tachyon SDK will be made available in the near future to help expand its uses to various internet applications by offering them secure online environments to operate from.